Coming out in Yemen 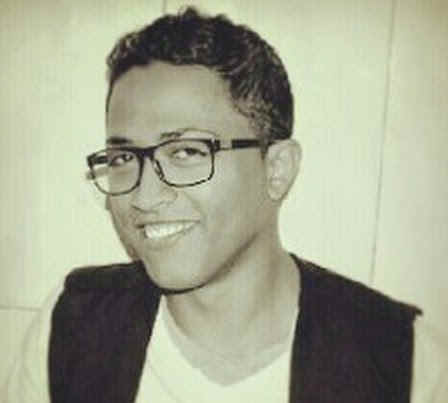 On May 29, Alaa Jarban did something that no one in Yemen had ever dared to do before. Using his real name, he announced in a blog post: "I'm Queer".

Alaa, a 23-year-old graduate of Sanaa University, was a prominent youth activist in the revolution that toppled President Saleh and his coming out has caused a stir in the cafes of Sanaa – much of it hostile. Some of his erstwhile revolutionary comrades have been appalled. One responded to his blog post with this hateful comment:

You make me sick
I cant believe i shook hands with you one day. Cant believe we were in the same square and revolution together. Its because of faggot people like you that our revolution didnt succeed, ill translate this and make people know about you, because people like you deserve to DIE
اتفو عليك يا كلب

Some, though, have rallied to support him and Alaa has now opened a space on his blog where other Yemenis can come out, if only by using a pseudonym. So far, four have done so.

On Saturday, Alaa arrived in Canada for a three-week training course. I spoke to him there, via Skype.

QUESTION: How did you discover your sexuality?

For me it was early, with some encounters at school and the way I felt about a few of my schoolmates. Back then, of course, I had only a little knowledge, so with all the homophobia – jokes about gay people in school – I thought it wasn't right to have these feelings. But I couldn't help it because that's how I felt and how I enjoyed feeling. I kept trying not to think about it until I left high school when I was 17 or 18.

I had a good friend who was my guide in this. He was also gay and he told me it's normal and I should be proud of it because he felt the same way. This was when we started dating and he was actually my first boyfriend since I was in school.

Then with the internet I started reading more and I travelled. My first trip was after high school, in 2008. I went to Tunisia and became active in a network that works on sexual and reproductive health education, and that helped me a lot. I met people who I had many things in common with, who had the knowledge to talk about sex and sexuality and orientation. That's how I became active in this field.

I worked in Yemen as a peer educator and then a trainer, then I became international trainer with this network. That helped me to broaden my knowledge and become more confident about my sexuality and talking about sexuality.

QUESTION: Who knew about this before you announced it on the internet?

Only a very few people. Most of them are friends who live abroad in Europe because they were more accepting. I was very scared. I'm still scared until now to talk about this with my friends. At first, only three people [in Yemen] knew and one of them was my ex-boyfriend.

It's a very hidden social life. I personally don't know many gay people in Sanaa but the ones I know, we hang out almost every week. We don't have any kind of secret society where we all meet and talk – not that I know of. We meet at coffee shops just like any group of friends.

I have been out about my sexuality for almost a year now but only for people I know, not to the public as in my blog.

QUESTION: So why did you decide to come out in your blog?

I reached a moment of frustration where I just could not continue living a life where I have to act as someone else every single day. It was just heartbreaking and I felt like my soul was being swallowed in this very heterosexual society in Yemen.

Therefore I decided to come out, but not only for me. The biggest reason was for others because in my daily life I encountered many young gay men and many people in Yemen who want to be outspoken but they can't.

Another reason is that I meet so many homophobes who deny the existence of an LGBTQ community in Yemen. If there is anyone who speaks about it they always relate it to a conspiracy by western countries to ruin our society.

It was just heartbreaking seeing this denial and not acknowledging our existence. Therefore somebody had to do this, had to be outspoken, not only for me but also for the whole community.

QUESTION: What was the reaction when you came out?

There were other messages, emails, people deleted me off their Facebook. I received a couple of hate speech messages on my phone. I kind of expected this before. It wasn't a big shock but it still feels bad to go through this.

QUESTION: What about your family?

I actually left the house before doing this because I knew they would not accept or tolerate this. My immediate family members, my mum and my sisters who I live with will not harm me. I assumed they would disown me at worst, but my relatives in Abyan are very religious and I assumed their reaction would not be as peaceful.

I left the house and was staying with a friend when I posted it. I don't know if they read it or not so far. My sisters probably did but I'm not sure about my mum. We did not talk since then. We've had absolutely no communication.

QUESTION: Any reaction from the Yemeni authorities?

Not yet, but the blog now is becoming very viral, people are talking about it everywhere. I went to a coffee shop two days ago and everybody was talking about it and asking me questions. I did not expect it would spread this fast.

My biggest fear for now is that my relatives who are very conservative might take me to the authorities to receive what they would claim is a punishment for my sins.

It's definitely illegal since the constitution refers to Islamic law. The shariah states clearly that homosexuality is a sin and those who practise it should be punished. The penal code in Yemen also punishes any homosexual act and the sentence goes as far as the death penalty.

I haven't heard of any cases where people have been arrested – I'm not sure about that. But the worst part is the authorities also do not protect those in danger. For example I heard of people in villages being attacked because of certain homosexual acts. The government was not there to protect them – not only this specific case but the authority cannot protect citizens in general.

QUESTION: What are you going to do now?

I'll continue writing. I'm trying to write almost every day. I have a
new section on the blog which is called "Contributions from LGBTQI community in Yemen" which has been really active. Every day I receive one to two posts from Yemeni people who want to share their words on the blog. Their words are very touching and I can relate to them in some way, if not all of them.

I think this is creating a paradigm shift in how Yemenis think about LGBT people existing in the society. Those people can write on my blog anonymously.

The anonymous contributions are interesting because Yemenis don't know who is writing them – and they start wondering. Maybe this person who referred to himself as "K" could be their son or could be related to them. This is creating some kind of awareness and education in Yemeni society and I really believe what I'm doing is important – writing and talking about such issues and being visible is the first step in the struggle and I'm planning to carry on with this and see where it goes.

Being invisible is a way for us to just hide our feelings of who we are, blending in with a society that does not accept us, a society that actually tries to kill us, which is very sad. We, as a community, should be strong together.

QUESTION: Has your family pressurised you to get married?

Of course. My family is a typical Yemeni family and any typical Yemeni family would suggest this at least 10 times after a kid reaches the age of 15 or so. I heard it so many times and my reaction would always be "No, I'm never getting married" and my mum was always saying that she would do whatever she wants, not what I want. I guess that's never going to happen.

QUESTION: You're out now. Are you nervous?

Very much. You have no idea. I haven't been able to sleep properly. I've been having panic attacks sometimes when I can't sleep. I wake and find it difficult to breathe. I don't know why I'm feeling this way but I think it's lots of pressure. Although I expected it, it's not really easy. My friends keep sending me messages. I just received this message from a friend this morning telling me they went to a coffee shop and everybody was talking about me in a very bad way.

I will never regret what I'm doing but it's also scary.

QUESTION: On your blog you describe yourself as "queer" rather than "gay". What's your thinking behind that?

I use the word "queer" and I would rather continue using this word. It's a sort of umbrella for all of us in the LGBT community.

"Gay" is a synonym for happy, but every day when I wake up I'm not really happy. The word "queer" has been used by homophobes to bully people from my community and calling ourselves queer is a way to gain this word back.