Amid the continuing moral panic over homosexuality in Egypt, a draft law submitted to parliament proposes not only to criminalise gay sex but also to ban rainbow flags and outlaw almost any kind of social activity involving gay people.

The draft law, presented to the Speaker by MP Riad Abdel Sattar, currently has formal backing from 12 other members of parliament. Abdel Sattar belongs to the supposedly liberal Free Egyptians Party – the largest party in parliament with 65 of the 596 seats. 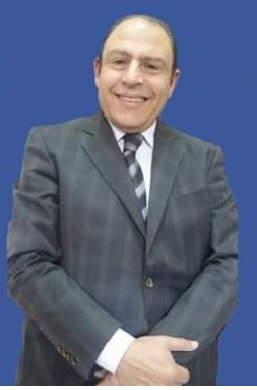 At present Egypt has no specific law against homosexuality but a law against "habitual debauchery", originally intended to clamp down on prostitution, is often used instead.

The new draft law proposes jail sentences of between one and five years for "perverted sexual relationships". Article 2 says:

The draft proposes similar penalties for anyone "abetting" same-sex relations. This includes hosting gatherings of gay people, such as parties. It also requires the "closure" of any premises used for such gatherings. Article 3 says:

"For any person who abets homosexual relations, whatever they may be, whether by inciting or facilitating others, by preparing a place for them to be practised, or by inviting others to them, even if they are not practising them [themself], the penalty shall be imprisonment for a period not less than one year and not more than three years, plus the closure of the premises. In the case of a repeat offence the penalty shall be imprisonment for five years."

"It is strictly forbidden to advertise or announce gatherings that bring together homosexuals by any means of advertising or announcement, whether audible or visible, or through social media. In this case, the penalty for the advertiser and promoter shall be imprisonment for a period of three years ..."

The current furore began last month when several fans at a music concert waved rainbow flags and the authorities responded by arresting dozens of people. At present there is no obvious law against rainbow flags but the draft bill aims to change that. Making, selling or even carrying them will result in a jail sentence. Article 5 says:

"It is forbidden to carry any sign or symbol for homosexuals, just as it is prohibited to manufacture, sell, market or advertise them. The punishment for anyone who violates that shall be imprisonment for a period not less than one year and not more than three years."

The full text of the draft law is available here in Arabic.

Earlier this year Abdel Sattar proposed a monthly tax on social media users, saying the money would be used to pay for monitoring their activities and combating terrorism.