A big step towards normality in Jordan as coronavirus retreats 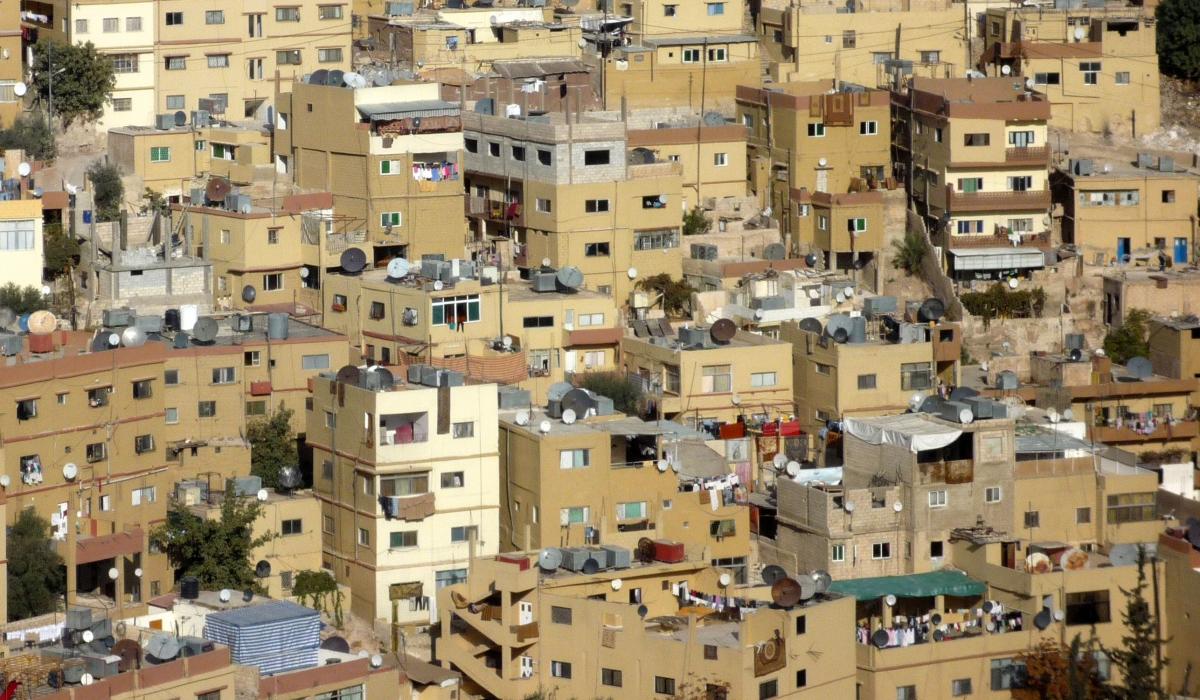 Life in Jordan will look much more normal from Saturday. Cafes, restaurants, hotels, mosques and churches previously closed to due coronavirus will be allowed to reopen along with sports clubs, nurseries and tourist sites.

Shops will be permitted to stay open until 11pm and the night curfew will shrink to just six hours, starting at midnight.

Public transport between cities will resume, though at 50% capacity, and private vehicles can use the roads every day, no longer alternating between odd and even licence numbers.

However, this still leaves restrictions on various kinds of social, cultural and educational activities. Schools and colleges remain closed, along with wedding halls, cinemas, parks and play areas. For the time being, people over 70 or with chronic health conditions must also stay put.

The justification for these latest moves is that Jordan has met the criteria for lowering the country's official Covid-19 risk level to "moderate" – defined by having fewer than 10 locally-generated new cases over a period of seven consecutive days.

The key part here is "locally-generated". Jordan has actually recorded 37 new cases during the past week but 29 of those were among people arriving in the country and quarantine arrangements should ensure that they don't infect anyone else.

That leaves eight locally-generated cases – two below the official threshhold. A further encouraging sign is that none of these local cases came as a total surprise: they were all contacts of people previously known to be infected.

That doesn't guarantee there won't be further surprises but Jordan looks well placed to contain any new local outbreaks before they have a chance to spread widely. 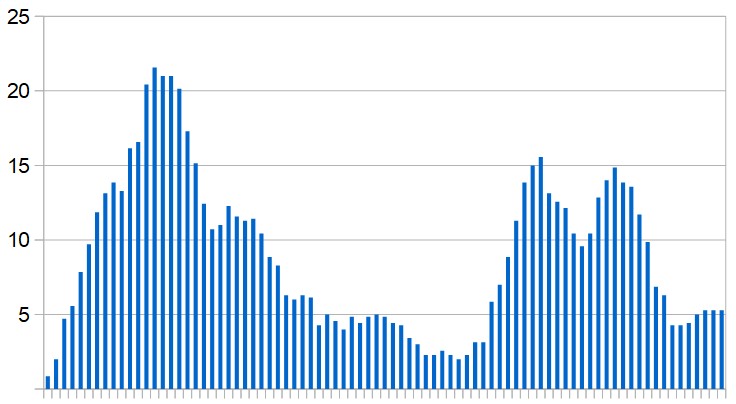 A further 12,838 Covid-19 infections have been reported in the Middle East and North Africa since yesterday's update.

For the sixth day running, Iran reported the region's biggest day-on-day increase with 3,574 new cases. This is also the highest daily figure so far recorded by Iran – higher even than during the country's previous peak at the end of March.

The list below shows cumulative totals elsewhere in the Middle East and North Africa since the outbreak began, with day-on-day increases in brackets. 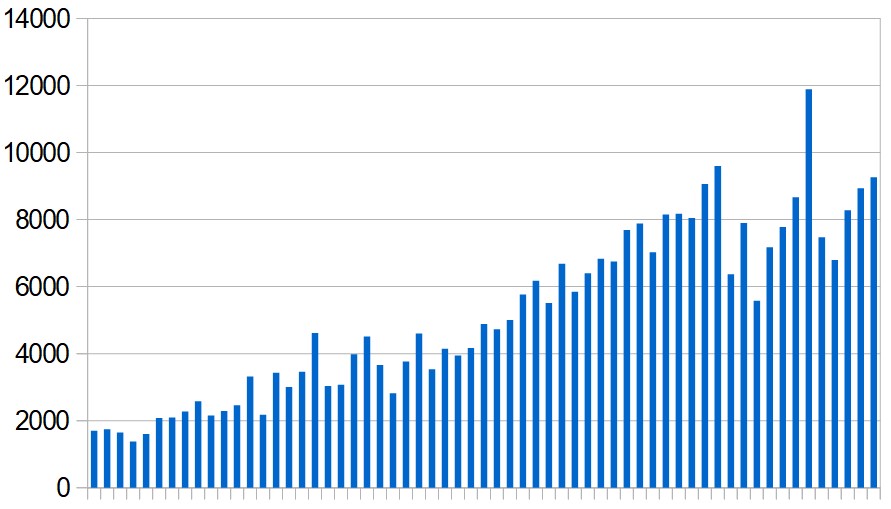 A further 192 coronavirus-related deaths were reported in the region yesterday – 59 of them in Iran.