Yemen's Hadi steps down after 10 years as 'temporary' president

After months of apparent deadlock, the last few days have brought tentative signs of a shift in Yemen's seven-year conflict.

On Friday Hans Grundberg, the UN's special envoy, announced that the protagonists had agreed to a two-month ceasefire. The truce, which came into force on Saturday, was the first since 2016 and although it hasn't stopped the fighting entirely Grundberg says it has has led to a “significant reduction" in violence.

This was followed by a major political development on Wednesday when Abd-Rabbu Mansour Hadi – internationally recognised as Yemen's "legitimate" president – stepped aside. Hadi was widely regarded as part of the problem. His grip on power was tenuous and his legitimacy – despite international recognition – had long since evaporated.

Hadi had been vice-president under Ali Abdullah Saleh and was "elected" to replace him after Saleh's forced resignation in 2012 following the Arab Spring protests. Although the constitution said there must be at least two candidates in presidential elections, Hadi was unopposed. At the time, that didn't seem to matter much because Hadi was expected to be only a temporary president, steering the country through a two-year "transitional period". When the transition plan fell apart, however, Hadi remained in office.

Houthi rebels later seized the capital, Sana'a, forcing Hadi and his government to flee south where they declared Aden as the country's temporary capital (though they actually spent much time in Saudi Arabia). This left Yemen with two rival governments and in 2015 a military coalition led by Saudi Arabia, supported by the UAE and armed by western powers, intervened against the Houthis who in turn were backed by Iran.

In Wednesday's announcement relinquishing his presidency Hadi also delivered the welcome news that his vice-president, Brigadier General Ali Muhsin al-Ahmar, had been dismissed. Ali Muhsin is a kinsman of the late President Saleh and, under Saleh's rule, became a much-feared figure. In a diplomatic cable in 2005, US ambassador Krajeski described him as "Saleh's iron fist".

Krajeski added that Ali Muhsin had been "a major beneficiary of diesel smuggling in recent years" and appeared to have "amassed a fortune in the smuggling of arms, food staples, and consumer products". The memo also described him as "a close associate" of Faris Manna, Yemen's most notorious arms dealer. On the religious front, Ali Muhsin had long-standing Salafi/Wahhabi connections which, according to Krajeski, included "questionable dealings with terrorists and extremists". 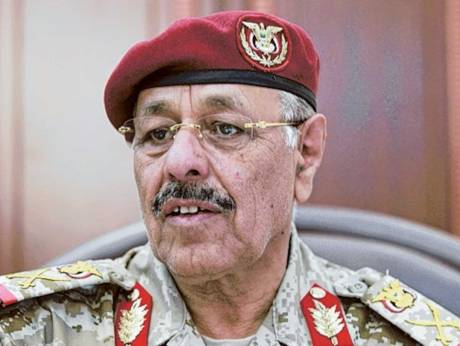 With Hadi and his deputy apparently shunted to the sidelines, the plan now is for a presidential council to take over. This power-sharing device has often been used in the past when Yemen faced political problems – with mixed results.

One example was the three-man presidential council created in 1978 following the assassination of President Ahmed al-Ghashmi but it lasted only a month before Saleh emerged as the new strongman. Unification with the southern People's Democratic Republic of Yemen in 1990 also resulted in a presidential council – though once again Saleh quickly became the dominant figure.

Although the latest presidential council only represents anti-Houthi elements, in theory it creates an opportunity for them to put their house in order and might conceivably prepare the way to a political settlement for the whole country. But Yemen expert Gregory Johnsen, is far from optimistic.

"Presidential councils are unwieldy creations at best, and this one is likely more of a Frankenstein than most," he wrote in a series of posts on Twitter. "Quite clearly this is an attempt, perhaps a last ditch effort, to reconstitute something resembling unity within the anti-Houthi alliance. The problem is that it is unclear how these various individuals, many of whom have diametrically opposing views, can work together."

The reasons for Johnsen's scepticism become more apparent from his tweets detailing the composition of the eight-member council (which, as might be expected, is entirely male). The head of the council is Rashad al-Alimi from Ta'izz, a former interior minister under the late President Saleh. Other members are:

● Sultan al-Iradah, the governor of Marib, a tribesman and member of Islah (the Yemeni equivalent of the Muslim Brotherhood), whose brother, Khaled, has been sanctioned by the US for alleged ties to al-Qaeda.

● Abdullah al-Alimi, another member of Islah, who was the director of Hadi's office.

● Aydarus al-Zubaydi, head of the Southern Transitional Council which advocates for an independent southern state. (Johnsen comments: "Zubaydi and the STC have longstanding issues with Islah and have clashed with military units affiliated with Islah multiple times. Plus, and very importantly, Zubaydi's foreign backer, the UAE, also has issues with Islah.")

● Tariq Saleh, nephew of the late President Saleh. He was allied with the Houthis until they killed his uncle in December 2017. (Johnsen describes him as "incredibly unpopular" now that he is in the south, and "looking to find a way to claw back some territory in the north".)

● Faraj al-Bahsani, the governor of Hadramawt, is also on the council. Like Saleh and Zubaydi, he too is backed by the UAE.

● Abd al-Rahman Abu Zara'a is another UAE-affiliated figure and commander of the Amaliqa ("Giants") Brigade which was instrumental in pushing the Houthis out of Shabwa earlier this year.

● The eighth member hails from Sa'ada – Houthi-controlled territory in the far north, though Johnsen doesn't name him. Another Twitter user identifies him as Othman Mujali, a sheikh who supported President Saleh and has links to Saudi Arabia.

The chances of these eight working cohesively together look remote to non-existent. Johnsen comments: "In theory, I can see how this is supposed to work: bring all the various military units under one giant umbrella to take on the Houthis. But in practice I don't think these actors will be able to set aside their many, many differences to unite against a common foe."