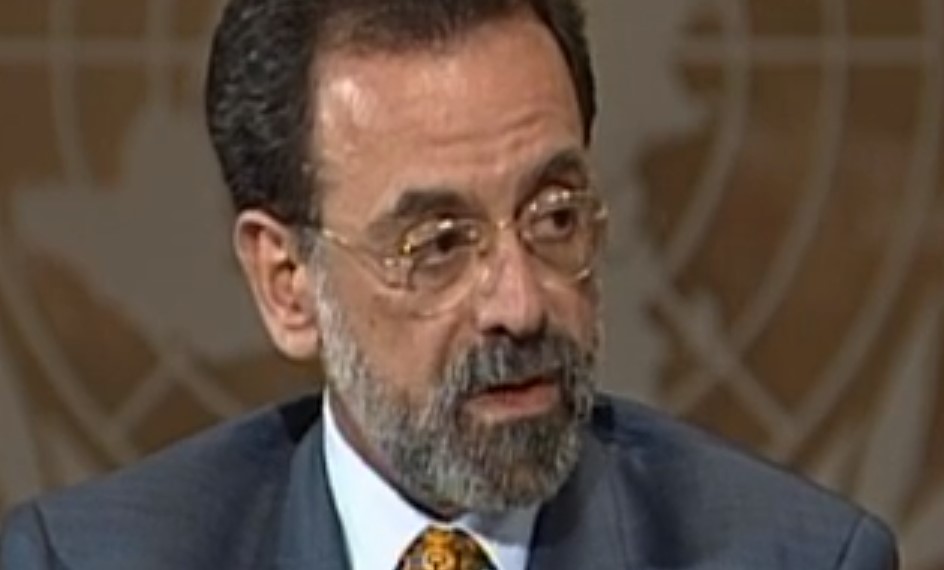 A former head of the chemical weapons watchdog OPCW has accused the organisation of "irregular behaviour" during its investigation of an alleged chemical attack in Syria last year, according to reports circulating on the internet.

The remarks by José Bustani, director-general of the OPCW between 1997 and 2002, were reported simultaneously on Wednesday by WikiLeaks and the Courage Foundation, an organisation which supports Wikileaks founder Julian Assange and other whistleblowers.

Bustani was quoted as saying he had long held doubts about the alleged attack in Douma, on the outskirts of Damascus. "I could make no sense of what I was reading in the international press. Even official reports of investigations seemed incoherent at best."

In comments apparently based on information provided by a whistle-blowing member of the Douma investigation team, the former OPCW chief reportedly said there is now "convincing evidence" of irregularities.

An official report of the investigation, published by the OPCW last March, found "reasonable grounds" for believing a toxic chemical had been used as a weapon in Douma and that the chemical was likely to have been chlorine. It was "possible" that two gas cylinders found at the scene were the source of the chemical, the report said.

In line with its mandate, the OPCW did not attribute blame but its report hinted that the cylinders had been dropped from the air. If so, this would indicate that the Assad regime was responsible because rebel fighters did not have aircraft.

Almost immediately after the alleged attack, the US, Britain and France blamed the regime and without waiting for the OPCW's investigation responded with airstrikes targeting the regime's chemical facilities.

Since then, Assad's defenders on social media, together with Russian propaganda channels, have repeatedly claimed that rebels "staged" a chemical attack in Douma in order to falsely incriminate the regime.

The latest development in this campaign came on 15 October when the Courage Foundation convened a seven-member panel of "concerned individuals" to meet the unnamed whistleblower.

The whistleblower is said to have given an "extensive presentation" which included internal OPCW emails, text messages and "suppressed draft reports".

Based on that, they unanimously expressed "alarm over unacceptable practices in the investigation of the alleged chemical attack in Douma", adding: "We became convinced by the testimony that key information about chemical analyses, toxicology consultations, ballistics studies, and witness testimonies was suppressed, ostensibly to favour a preordained conclusion."

Following the meeting, the Courage Foundation and Wikileaks circulated a three-page critique of the OPCW's Douma report (here and here) though it doesn't appear to include new information directly attributable to the whistleblower.

Bustani is listed as one of the "concerned individuals" on the Courage Foundation's panel, though he reportedly did not attend the meeting with the whistleblower on 15 October for health reasons. Other members of the panel were:

● Richard Falk, an emeritus professor of international law at Princeton University. Falk has previously claimed there are "well-evidenced doubts" that the 9/11 attacks were carried out by al-Qaeda "with no foreknowledge by government officials”. He also wrote the foreword to a book by a prominent 9/11 truther which suggested the Bush administration was complicit in the attacks.

● Kristinn Hrafnsson, editor-in-chief of Wikileaks. In a posting on its website on Wednesday, WikiLeaks called on OPCW staff to submit leaked documents about Douma via a secure internet connection.

● John Holmes, a retired British army officer. Holmes is currently a board member of the British Syrian Society along with President Assad's father-in-law, Fawaz Akhras.

● Helmut Lohrer, a board member of International Physicians for the Prevention of Nuclear War. Lohrer's previous involvement with Syria included a call, in 2015, for sanctions to be lifted.

● Günter Meyer, director of the Centre for Research on the Arab World at the University of Mainz ... and a long-standing Assad supporter.

● Elizabeth Murray, a member of Veteran Intelligence Professionals for Sanity (VIPS) and Sam Adams Associates for Integrity in Intelligence. VIPS has previously disputed the regime's responsibility for chemical attacks in Syria. In 2017 the Sam Adams organisation presented an award for "truth-telling" to journalist Seymour Hersh, the author of several discredited articles about chemical weapons in Syria.

Bustani, a 74-year-old Brazilian diplomat, became the first director-general of the OPCW after its formation in 1997. He was ousted five years later after falling out with the Americans during the run-up to war in Iraq.

The US State Department accused him of confrontational and abrasive conduct and poor administrative and financial management but according to Bustani the real reason was that he had been having discussions with Iraq about joining the Chemical Weapons Convention. This was something the US didn't want to happen because it would have weakened American claims about the supposed threat from Saddam Hussein's weapons of mass destruction.

The US brought matters to a head by threatening to cut off its financial support for the OPCW – which at the time accounted for 22% of the total budget – until Bustani stepped down. Intimidated by that, a special session of the states parties voted 48-7 to dismiss him. Bustani later took his case to a tribunal, alleging wrongful dismissal, and was awarded substantial compensation.