There was good news from Qatar yesterday ... well, sort of. The Gulf state announced that 5,235 people with Covid-19 infections had recovered during the previous 24 hours.

This was the highest number of recoveries so far in a single day, far outstripping the number of new cases in the same period.

The conclusion that might be drawn from this is that Qatar's coronavirus situation is improving but a closer look suggests otherwise.

Since the epidemic began, Qatar has recorded 55,262 cases, which works out at more than 19,000 per million inhabitants. The only country with a higher level of infection is the town-sized statelet of San Marino.

Until the last few days, Qatar's total of confirmed cases had been growing more quickly than the total of recoveries, indicating that the virus was still spreading.

Since Thursday, though, the figures have shown a sharp rise in recoveries, narrowing what was previously a widening gap (see graph).

Unfortunately, this apparent improvement doesn't mean Qatar's epidemic is subsiding. It's the result of a change in the way Qatar counts recoveries.

Previously, two negative test results were needed before people who had been diagnosed with Covid-19 could be classified as having recovered.

Under the new system they are automatically classified as having recovered if they have no symptoms 14 days after first testing positive .

Eliminating the wait for negative test results means patients can now be discharged earlier, and the Qataris are confident that this won't lead to more infections. A virologist quoted in The Peninsula newspaper says "Guidance from around the world, including the United Kingdom, United States, and Germany shows that patients are no longer contagious after ten days" – so discharging them after 14 days should provide an additional safety margin.

As far as the official statistics are concerned, this has created a short-term spurt of new recoveries but it doesn't change the underlying picture.

A further 14,169 Covid-19 infections have been reported in the Middle East and North Africa since yesterday's update. 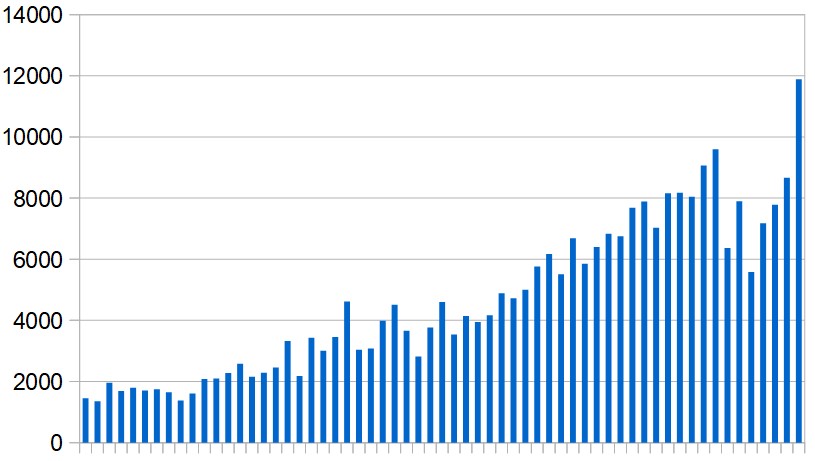 A further 203 coronavirus-related deaths were reported in the region yesterday – 57 of them in Iran, 34 in Egypt and 29 in Sudan.