Jordan is taking further steps to ease restrictions amid signs that the country's Covid-19 outbreak is subsiding.

On Sunday, businesses and government offices were allowed to reopen in the southern province of Aqaba which has so far remained virus-free.

From today, a specified range of businesses can reopen in other parts of the country. These include shops selling stationery, jewellery and electrical supplies, along with shops that repair phones and computers.

Before reopening, these businesses must apply online for a government permit and will be subject to regulations aimed at preventing the spread of infection – such as reduced staffing levels.

The government has said they will be closed again if the coronavirus situation worsens but more sectors will be allowed to open if it continues to improve.

Tomorrow, the relaxation measures already introduced in Aqaba are due to be extended to three more provinces – Karak, Tafilah and Ma'an – which together with Aqaba cover the whole southern half of the country. The authorities have been carrying out random sampling in these areas, with encouraging results. For example, 900 tests in Karak last week all proved negative. 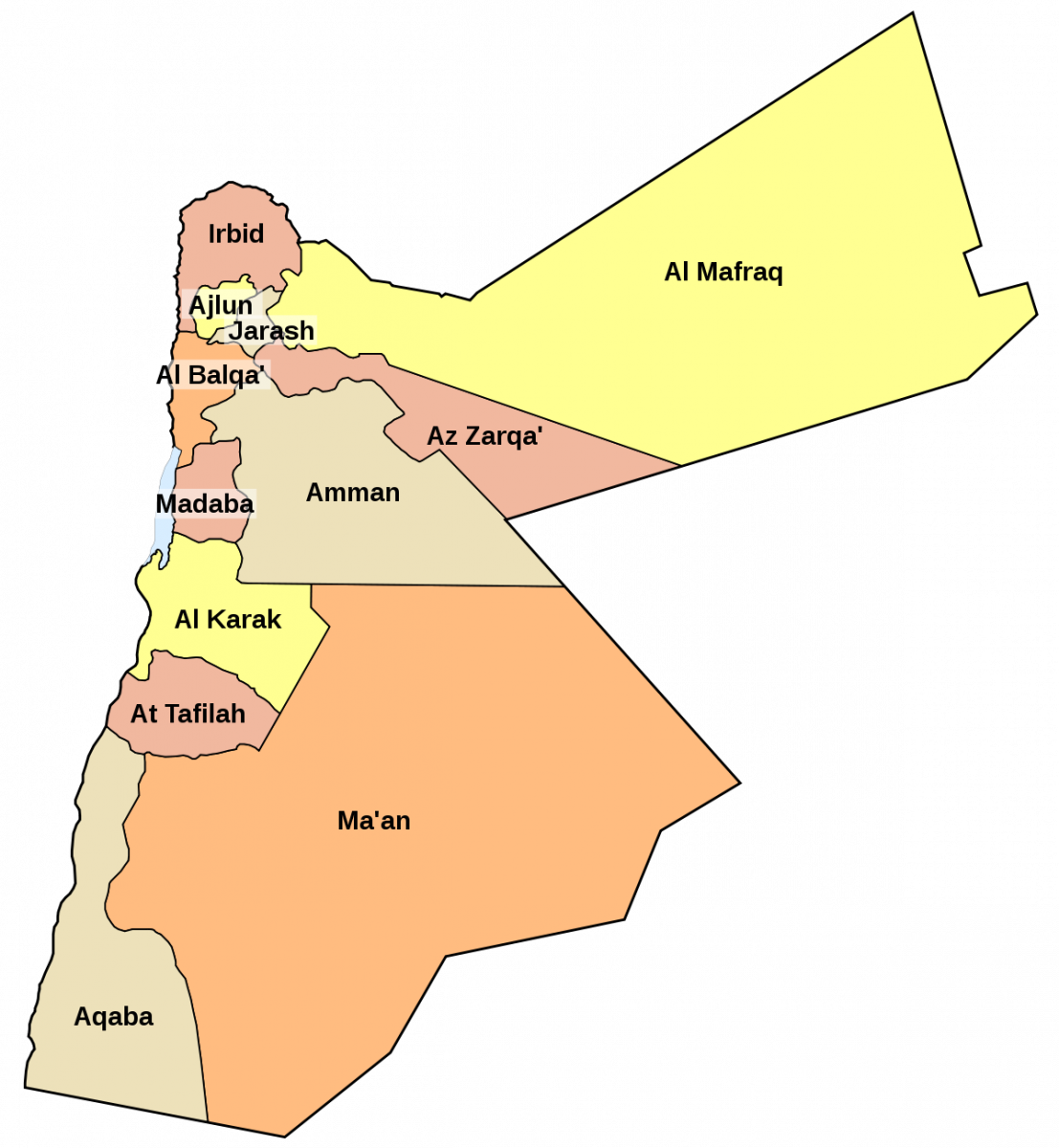 Looking further ahead, the government is also working on plans for a step-by-step restarting of the construction industry.

Altogether 425 Covid-19 cases have been diagnosed in Jordan since the outbreak began. Seven people have died and 282 have recovered – which leaves 136 "active" cases.

Changes in the number of active cases are a good indication of whether the virus is spreading or retreating. In Jordan it's currently static, with only minor fluctuations from day to day.

The cumulative total of confirmed cases continues to rise, but far more slowly than in many of the region's other countries. During the past week it has increased by only 9% compared with 83% in the Arab Gulf states.

Jordan's figure is even better than it looks, because very few new infections are occurring inside the country. Almost all the recent cases were detected at its borders – mainly among truck drivers coming from Saudi Arabia.

Jordan is reported to have 24 field teams monitoring the situation in the Aqaba area. Eight teams are checking arrivals in the province by road, sea and air. Twelve teams are carrying out random testing and four are monitoring "citizens' commitment to preventive guidance".

Compliance by the public is still a problem. Yesterday the Public Security Directorate said 755 people had been arrested for violating curfews in various parts of the country during the previous 24 hours and 238 vehicles were impounded. The impounded vehicles will be held for a month and owners will have to pay a fee to get them back. 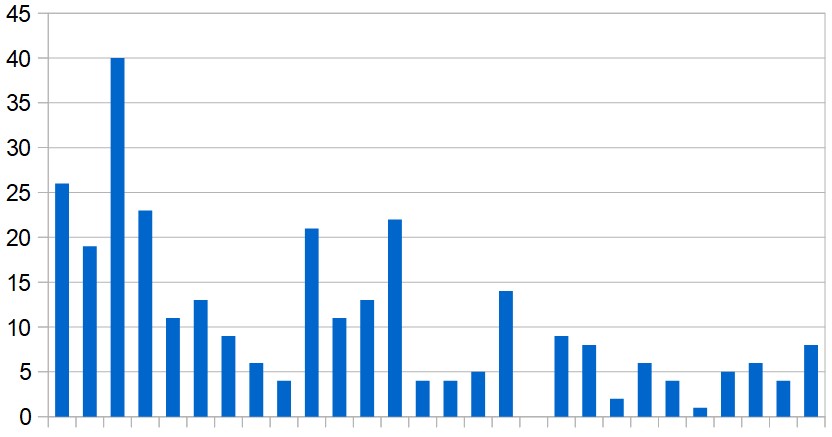 Iran reported 1,204 new Covid-19 cases yesterday. This is the lowest daily figure for more than five weeks and it brings the official total to 83,505 cases since the outbreak began. The cumulative total has grown by only 14% over the past week, indicating that the virus is spreading much more slowly than before.

Elsewhere in the Middle East and North Africa a further 3,007 infections have been reported since yesterday's update. This makes a cumulative total of 56,458 confirmed cases – a 50% increase on the total a week ago.

Once again, Saudi Arabia reported by far the largest daily increase – 1,122 new cases – followed by Qatar with 567 and the UAE with 484. 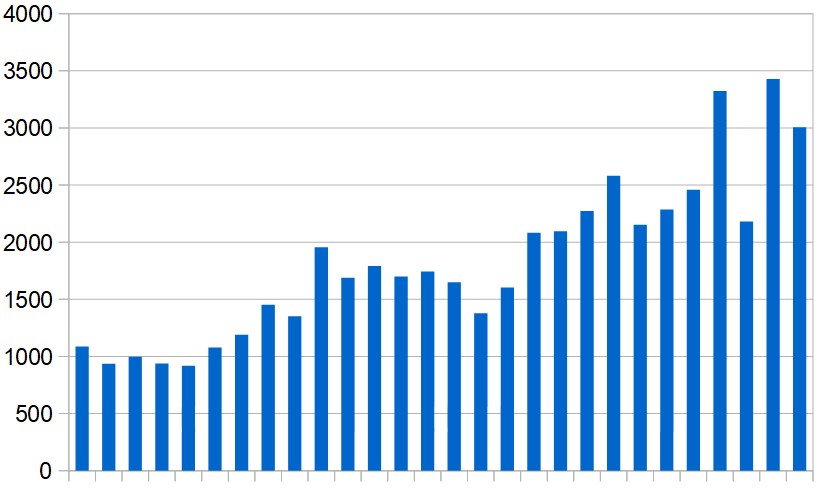 Elsewhere in the region a further 41 deaths were reported. Of those, 11 were in Egypt and nine in Algeria (where the official daily death toll has dropped considerably). 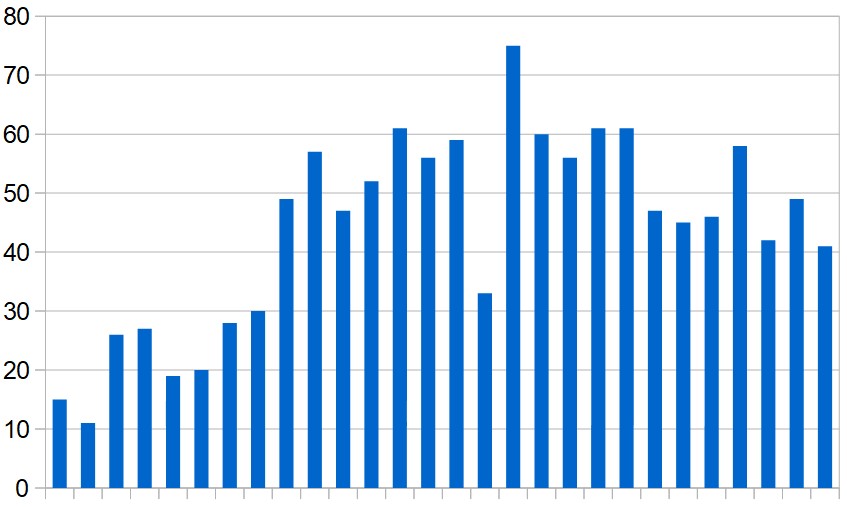