Is Saudi Arabia's Prince Muhammad bin Salman a reincarnation of Margaret Thatcher, the Iron Lady who reshaped Britain's economy in the 1980s? Or is he, perhaps, a reincarnation of Charles I, the seventeenth-century English monarch who lost his head in a civil war?

In an interview for the latest issue of the Economist magazine, Prince Muhammad talked effusively about his plans for transforming the Saudi economy through new taxes, mass privatisation and the sale of national assets – a plan reportedly developed with help from the multinational consulting firm, McKinsey & Co.

Asked by the Economist if what he has in mind is "a Thatcher revolution for Saudi Arabia", the prince replied: "Most certainly."

What this points to, though, is not just an economic upheaval but a political one too. It's the classic pre-revolutionary scenario, seen many times in history, where an expiring regime attempts to reform – only to discover it has left things far too late. 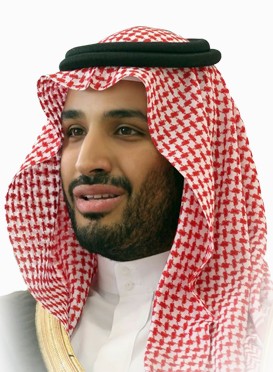 As deputy crown prince, 30-year-old Muhammad is officially number three in the Saudi hierarchy but he happens to be the favourite son of King Salman who came to the throne a year ago. He also presides over the kingdom's Council of Economic and Development Affairs and, as defence minister, he has overseen the destruction of Yemen.

With King Salman – who is 80 – taking a back seat, Prince Muhammad has come to the fore, often giving the appearance of acting as monarch. At times in his Economist interview he slipped presumptuously into the "royal singular", as if he were already king:

"I have surface-to-surface missiles right now on my borders."

"I have a global economic network."

"I have reserves [of job vacancies] now, ten million jobs that are being occupied by non-Saudi employees that I can resort to at any time of my choosing."

In his twelve months as defence minister the prince has acquired a reputation for recklessness – a quality which he now seems determined to apply to the Saudi economy. It remains to be seen whether his sources of economic intelligence are any more reliable than his sources of military intelligence: speaking of Yemen in the interview he made the unbelievable claim that "over 80% of Yemeni lands" are now "under the control of the legitimate government".

To the prince's PR advisers, a five-hour on-the-record interview with the Economist might have seemed like a good idea at the time – a way of acquiring some gravitas. But by granting him such a platform, the Economist in effect handed him a sword with which to behead himself.

The economic context of the interview is that with low oil prices and an expensive but intractable military conflict in neighbouring Yemen, the kingdom has been eating into its financial reserves at an alarming rate. Prince Muhammad tried to allay fears about this by describing new ways of raising money to make up the spending shortfall.

Among the proposals he mentioned, the one attracting most attention in the west is a plan to offer shares in the national oil producer, Saudi Aramco, to the public. In economic terms Aramco is bigger than many countries and even a partial sell-off would probably result in the largest share offering the world has ever seen but the reaction so far has been one of scepticism rather than excitement.

"The news was greeted with incredulity in the financial industry, according to interviews with a half dozen bankers who do business in the Middle East. They asked not to be identified to protect their business interests."

One obvious problem is that with oil prices at their lowest level for a decade, and with moves away from fossil fuels creating long-term uncertainties, investors might be in no hurry to buy shares.

The other problem, potentially more serious, is that Aramco doesn't meet the standards of transparency and disclosure normally required of public companies. This makes it impossible to put a financial value on the business. Rectifying that, Bloomberg points out, would require the Saudi government "to give investors more detailed information about Aramco’s reserves and production capacity, something oil-producing nations consider state secrets".

While the Aramco proposal has added to doubts about the prince's economic credibility two of his other proposals raise questions about survival prospects of the Saudi monarchy. One is taxation, the other privatisation.

The general pattern in Arab countries, and especially in the oil-rich Gulf states, is low taxation coupled with generous government subsidies. This helps to explain why so many undemocratic regimes in the region have remained in power for so long: it's a way of buying the public's quiescence.

Saudi Arabia has now embarked on a five-year programme of "restructuring" subsidies which has already led to price increases for fuel, electricity and water. Other GCC states have been taking similar action.

In addition, Saudi Arabia is planning to introduce Value Added Tax and a so-called "sin tax" on tobacco and other unhealthy products such as sugary drinks.

Taxes are never popular, and Prince Muhammad's role model, Margaret Thatcher, generally favoured cutting them, though she did have a fetish for one tax in particular – the poll tax – which led to her political assassination (metaphorically speaking) by her own party.

For autocratic rulers, though, the main problem with taxes is that the higher they are the more likely it is that people will demand a say in how the money is spent. It was the cry of "no taxation without representation" that spurred the American revolution in the 18th century, and a quarrel between King Charles I and his parliament over tax that helped to trigger the English revolution in the 17th century.

Although indirect taxes such as VAT tend to arouse less hostility than direct taxes (such as income tax, which is not proposed for Saudi Arabia), the imposition of some completely new taxes coupled with lifting of subsidies is scarcely going to pass unnoticed by ordinary Saudis and many of them will feel the pinch.

In an interview with Thomas Friedman of the New York Times last November, Prince Muhammad conceded that his proposed economic changes "could have political ramifications". In his more recent interview with the Economist, however, he dismissed the idea that they could require a remaking of the social contract between rulers and ruled:

Q: You believe you can have more taxation without more representation?

A: There are no taxes.

Q: But you are introducing taxes.

Q: The VAT will not be on basic products.

Q: They will be excluded?

A: No doubt. If they will influence the price.

Q: I see. But you can have that kind of taxation without an increase in representation?

Finally, and potentially most dangerous of all for the regime, is the question of privatisation. Asked what he will privatise, Prince Muhammad told the Economist:

"Health care, educational sector, some military sectors such as military industries and some state-owned companies. It will decrease some of the pressure that the government has, and some of them may create good profit."

The problem here is that the public sector in Saudi Arabia (and other Arab countries too) doesn't primarily exist to provide services to the public; it's a way for regimes to buy loyalty by providing salaries in exchange for often minimal – and sometimes purely notional – amounts of work.

The Saudi authorities have been trying for years to push more of their citizens into the private sector but without much success, because the pay and conditions of government jobs are far too attractive. Privatisation could thus be seen as a backdoor way of transferring government employees from the public sector to the private sector.

The difficulty, though, is that the public sector has become so bloated that sections destined for sell-off would have to be stripped of their fat, either before or after privatisation, in order to make them economically viable. That, in turn, would alienate the very people whose loyalty had been bought by providing them with cushy jobs in the first place.

Saudi Arabia certainly needs change, and has done for a long time. In a way, these economic moves are just a belated if ill-considered catching-up exercise. Previous rulers have held back for fear of the political consequences but Prince Muhammad, confident as ever, seems to think he can forge ahead without any.