The shadowy figures behind the London Centre for Public Affairs – an apparently bogus PR firm with Qatari connections – have now set up a second organisation. This time it's a mysterious NGO which purports to be monitoring the activities of the United Nations.

The new body, known as Independent UN Watch (IUNW), says its "prime objective" is to "observe the performance of the United Nations’ different organs to make sure they achieve the noble goals of the international agency". So far, though, IUNW has devoted most of its efforts to criticising the UAE and Saudi Arabia – both of which are currently engaged in a political feud with Qatar.

IUNW and the London Centre for Public Affairs (LCPA) are clearly sister organisations, since they are linked together through a shared email address.

The previously unheard-of LCPA became embroiled in controversy last month when it lobbied British MPs in an attempt to stop Khalid al-Hail, the self-styled leader of Qatar's opposition, from hosting a conference in London.

LCPA's website tries to give the impression it is a typical PR-and-public-affairs consultancy business but none of its staff have yet been identified and the address of its office turned out to be a construction site.

IUNW's website is similarly puzzling. It claims to be "an international initiative launched by a number of former UN experts, figures and diplomats" – though none of them are named. Unusually for an NGO, it doesn't invite donations from the public, either.

IUNW has, however, been slightly more careful than LCPA with the location of its offices. It claims to have three – in New York, Geneva and Vienna – and this time at least the addresses are real buildings.

The addresses, though, are not quite what they seem. The one in New York, at 244 Fifth Avenue, is advertised on the internet as a "mailbox center" and a "virtual office address": 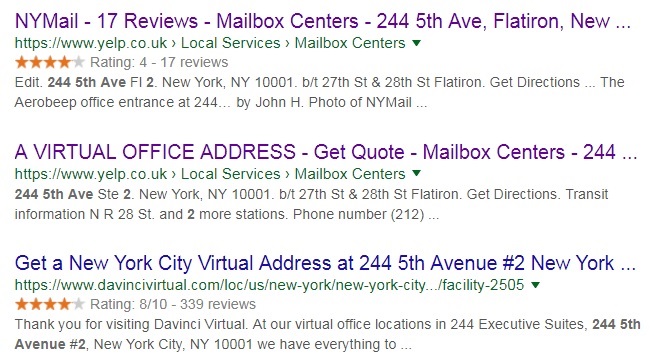 Checks on IUNW's Geneva and Vienna buildings show they are used for similar purposes.

IUNW's website was registered a month ago by someone using the name Ob Aguillard (which doesn't show up on Google) at an address in Paris: Haussmann - Opéra Lafayette. 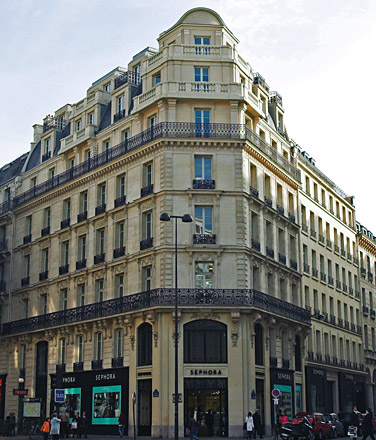 Needless to say, this is yet another building with "virtual" office space where meeting rooms can be rented for anything from 10 minutes to a whole day. 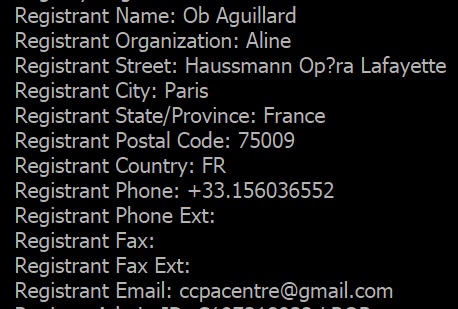 The phone number given in IUNW's web registration documents appears to be a direct line to one of more than 60 extensions in the Paris "virtual office" building but the documents do include a real email address: ccpacentre@gmail.com.

Significantly, this is also one of the email addresses used by the LCPA (it can be seen by clicking the envelope icon on its website). The letters "ccpa" in the email stand for "Centre for Communications and Public Affairs" – the name initially adopted by the LCPA, as seen in this tweet from last year:

First impressions of IUNW's website suggest it is doing more or less what it claims. There are a couple of dozen articles and press releases; some are specifically about the UN while others – about Korea, Myanmar and the Rohingya, human rights violations in Iran, and female genital mutilation – could be considered relevant to UN activities.

However, a closer look shows most items on the website are not the work of IUNW. They have been copied word-for-word from other sources: the BBC, the New York Times, the Washington Post, the Guardian, Huffington Post, Forbes magazine, the Press Trust of India, Amnesty International and several other NGOs, plus the UN website.

The smaller number of items generated by IUNW itself show a much narrower focus: they are all concerned with the Middle East, and Qatar's foes in particular. Three of them criticise the United Arab Emirates:

Another article calls for Saudi Arabia to be removed from the UN Human Rights Council.

Of the remaining four items produced by IUNW itself, two are cryptic press releases (here and here) alleging that "some" member states in the UN Human Rights Council employ NGOs to "bully" other member states. The other two items provide more detail about the alleged bullying.

One is an open letter from "Lynn O'maha" – described as a member of IUNW's observer team in Geneva but not traceable on Google – complaining about the UAE's behaviour at last month's session of the UN Human Rights Council.

The final item is about the Egyptian Organisation For Human Rights (EOHR) which is described as the latest organisation to fall under Emirati influence.

So far, IUNW's critiques of the Human Rights Council have been reported only by the Qatari newspaper The Peninsula and the London-based Al-Arabi al-Jadid which is alleged to have Qatari connections.

IUNW, of course, is perfectly entitled to monitor activities at the UN and to criticise when it sees fit. If it wants to be taken seriously, though, it should start being more transparent about its own organisation and activities.