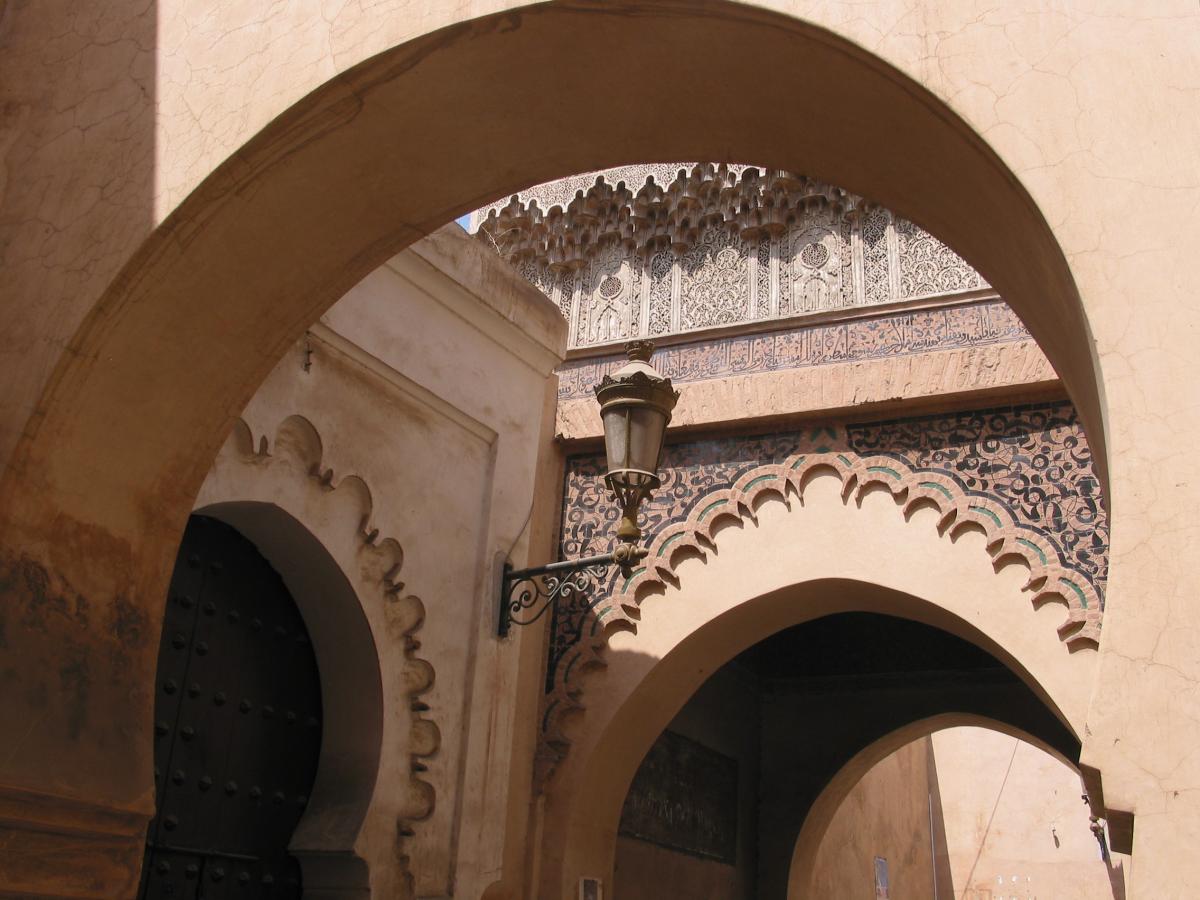 Islamic architecture
This website, produced by the Islamic and Arabic Arts and Architecture Organisation, gives a comprehensive overview, with readable articles and ample illustrations. The concept of decoration is explained, along with techniques and materials, including metal and wood. There is also discussion of architecture as the expression of power, the impact of Islamic architecture on the West

What is Islamic architecture anyway?
By Nasser Rabbat

History of Islamic architecture
A series of photographs, diagrams and explanations

In the shadow of a master
An article on the extraordinary skills of craftsmen who build traditional minarets. By Trevor Marchand (British-Yemeni Society Journal, 2002)

The Alhambra
Constructed in Granada when Muslims ruled Spain, the Alhambra is a fine example of Islamic architecture. Here is a virtual tour.

Modern architecture in Dubai
A collection of photographs by Aidan O'Rourke

Zaha Hadid
Iraqi-born Zaha Hadid (1950-2016) was one of the world's leading female architects, noted for her deconstructivist designs. She won the Pritzker Prize in 2004.

Raving and remembrance
Thomas Fitzel discusses Bernard Khoury's construction of BO18, an underground nightclub on the site of a civil war massacre

Beirut's icon of modernist architecture set to be revamped within a year
By Kaelen Wilson-Goldie, Daily Star, 2 July, 2004