Dahlan said to be funding GNRD 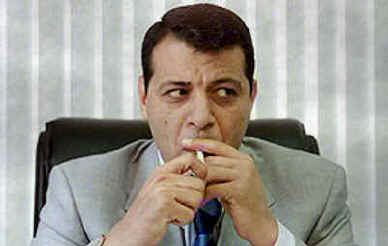 Multiple sources have identified Mohammed Dahlan, the former head of Palestinian “preventive security” in Gaza, as a provider of funds for the Global Network for Rights and Development (GNRD) – the “human rights” organisation at the centre of $13 million money-laundering investigation by Norwegian police.

At first sight, the idea of Dahlan – who is said to have a personal fortune of $120 million – as a human rights benefactor seems utterly bizarre but, if true, raises further questions about the nature and purpose of GNRD.

A profile of Dahlan published by the Electronic Intifada website in 2006 said of him:

“Throughout the years, Dahlan’s forces were involved in acts of violence and intimidation against critics, journalists and members of opposition groups, primarily from Hamas, imprisoning them without formal charges for weeks or months at a time. A number of prisoners died under suspicious circumstances during or after interrogation by Dahlan’s forces.

“In 1996, Dahlan’s troops were involved in mass arbitrary arrests of opponents of Fatah. In the aftermath of the February-March suicide bombings in Israel, an estimated 2,000 people were rounded up, often arbitrarily. Most of those detained were never charged with a criminal offence or put on trial. Torture and ill-treatment by his forces occurred regularly during interrogation and led to a number of deaths.”

Dahlan has long been beset by allegations of corruption. The Electronic Intifada describes him as implicated in financial scandals as well as human rights violations and, on the other side of the political divide, the Jerusalem Center for Public Affairs (an Israeli organisation) says:

“Palestinian documents captured in 2002 revealed Dahlan’s involvement in major racketeering, including revenues from cigarettes, cement, and the collection of illegal crossing fees.”

Earlier this year there was an attempt to try him for alleged misuse of $17 million in expenses but a Palestinian court ruled the charges “inadmissible”. Dahlan’s lawyer hailed the verdict as “a great victory for the defence but also for the political future of Palestine", praising the “courage” of the judges in demonstrating the independence of the Palestinian judiciary.

If it’s true that Dahlan has been funding GNRD, this could explain why Norwegian police suspect GNRD and Loai Deeb, its founder-president, of money-laundering. According to police, the money they are investigating is “the proceeds of crime”, and this would not be the case if GNRD were simply being funded by foreign governments, even by a circuitous route. Funding by Dahlan would be a different matter if it involved ill-gotten gains.

Last February, GNRD held a strange but hugely expensive conference in Geneva on human rights and counter-terrorism – an event for which it claims to have spent two years preparing.

Taking advantage of its recently-acquired consultative status at the United Nations, GNRD is due to hold a follow-up meeting on the same topic next week, but this time at the UN’s Geneva headquarters, on the sidelines of the Human Rights Council’s 29th session.

According to a French-language publication, Afrique Asie, the February conference was financed by businessmen who included Mohammed Dahlan.

Earlier this week a paragraph in Daily News Egypt referred to links between GNRD president Loai Deeb and Dahlan. It didn’t name Dahlan but gave plenty of clues:

"According to an article by the Yemen Economist, Deeb has close ties with a former leader in the Palestinian Fatah movement, who is in turn a close advisor of Abu Dhabi’s crown prince, Prince Mohammed bin Zayed Al-Nahyan."

An article on the Lebanese news website al-Akhbar, published last year, describes Dahlan – who left Palestine under a cloud – as “currently a security adviser for Abu Dhabi Crown Prince Mohammed bin Zayed”. [Hat tip to Toralf Sandø of Aftenbladet for spotting that.]

This still leaves the question of why Dahlan would choose – if that’s what he did – to fund a human rights organisation. Is he feeling remorse?

Probably he is not, but the explanation may lie in an incident three years ago when some documents were leaked to several Palestinian news websites. They also appeared briefly on the website of the Palestinian Authority’s news agency, Wafa, but were hastily deleted.

The official line was that the documents were fakes and that hackers had broken into Wafa’s website and planted them there. However, Palestinian sources cited by the Jerusalem Post said the documents had been circulated by Dahlan and Muhammad Rashid (formerly Yasser Arafat’s financial adviser) in pursuit of their rivalry with Mahmoud Abbas, the Palestinian president.

According to the Jerusalem Post, the documents were said to be part of a classified report prepared by the PA’s external security department and named GNRD as a vehicle for influencing public opinion worldwide and gathering intelligence.

The plan envisages using GNRD as a front for the establishment of an “effective and credible international human rights group that would be based in Geneva and whose goal would be to defend Palestinian causes” and collect information.

The cost of the project is estimated at hundreds of millions of dollars.

The report points out the important role of NGOs’ in shaping public opinion and affecting decision-making worldwide.

“These NGOs have a green card to enter any place in the world and operate freely under various pretexts,” the report said. “But we in Palestine are lacking many elements of power.”

The report claimed that many Western countries, including France, Britain and the US, have been using human rights organisations as a “striking arm” to affect policies around the world and remove governments from power. The report referred specifically to Amnesty International and Human Rights Watch and claims that they are funded and backed by Britain and the US, respectively.

The report recommended that the PA set up a similar “striking arm” that would operate out of Geneva and have representation in at least 50 countries. It said that the main mission would be to gather intelligence with the help of Western nationals.

If GNRD was originally intended as an official (but secret) Palestinian front organisation, how do we account for the claims that it is now funded by Dahlan rather than the Palestinian Authority?

An Israeli news report yesterday provided a rather cryptic clue. “Deeb's organisation,” it said, “became a boxing ring in the struggle between Abbas and Dahlan.” The suggestion is that Deeb, who hails from Gaza, eventually sided with Dahlan – for reasons which are as yet unknown.

Connections with Dahlan do not of course negate the previously-reported Emirati influences in GNRD; in fact they strengthen them. Unlike most international human rights organisations GNRD is allowed to have an office in the UAE, while Deeb has family and business interests there. The involvement of Dahlan, with his connections to the Emirati regime, would add a further string.

GNRD's development has broadly followed the path outlined in the leaked Palestinian documents. Although based in Norway rather than Geneva, it has been very active in Geneva and now – having acquired UN recognition last February – it looks set to become more involved there.

Norway, it could be argued, also provides a good alternative base. Its international reputation as a peaceful, liberal country means an organisation based there is more likely to be trusted, and less likely to have its credentials questioned, than one based – say – in the Middle East.

As a bonus, GNRD has been active in Brussels too, building contacts and influence in the European parliament.

GNRD doesn't – yet – have formal representation in 50 countries but it has expanded rapidly, opening offices in Austria, Belgium, Britain,Jordan, Spain, Sudan, Switzerland, the United Arab Emirates and Zambia. It has also recently been advertising for a researcher/representative to be based in New York, at a salary of
$60,000 a year.

Most (but not all) of the "human rights" activities promoted on GNRD's website seem bland and uncontroversial – deliberately so, perhaps. One recent example is its campaign on children's "Right to Play". In contrast to Human Rights Watch and Amnesty International, GNRD generally avoids direct public criticism of governments over human rights abuses (with the specific exceptions of Qatar and Israel). This, again, maximises its opportunities for cooperation and acceptance.

Coupled with its strenuous efforts to sign "cooperation" agreements with respected organisations and institutions, all this appears to be part of a calculated long-term strategy to win acceptance and ultimately gain influence. Millions of dollars have been poured into that process.

The Palestinian documents also spoke of an intelligence-gathering role but it remains to be seen whether GNRD has engaged in that. However, there was an interesting proposal in the draft
International Convention on Counterterrorism circulated by GNRD at its conference in Geneva last February.

The draft outlined a plan to set up an International Council for Counterterrorism under UN auspices which would take responsibility for deciding – on a worldwide basis – which individuals and groups should be designated as terrorists.

"The Global Network for Rights and Development shall execute the work of the General Secretariat of the Council and provide administrative facilitation for its activities."

In other words, GNRD – rather than the UN – would take charge of administering what was envisaged as becoming the main international counter-terrorism body. That, in turn, would have meant giving GNRD access to a great deal of information about terrorist activities all over the world.