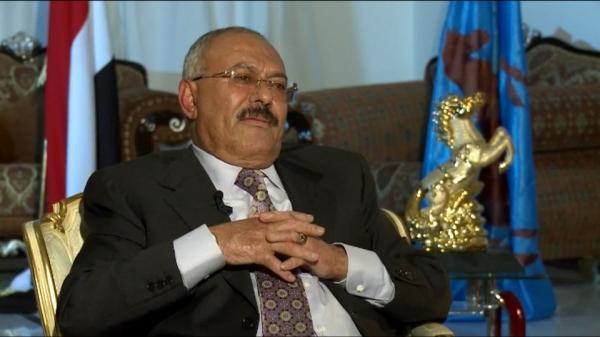 In a TV interview today, Yemen's ex-president, Ali Abdullah Saleh, appeared to invite Russian military intervention in the country's conflict. He talked of reactivating old Yemeni agreements with the Soviet Union and offfered "all the facilities" of Yemen's bases, ports and airports to Russia.

Saleh seemed to be advocating something similar to what happened in Syria, where Russia and Iran joined the conflict on the Assad regime's side under the guise of fighting terrorism. A video of the interview is here, with a transcript in Arabic here.

Saleh, who was ousted from the presidency in 2012, is allied to the Houthis who currently control the Yemeni capital and large parts of the country, especially in the north. For more than a year Saudi-led forces, who back Saleh's exiled successor, Abd-Rabbu Mansour Hadi, have been bombing Houthi-controlled areas of Yemen. Meanwhile the Houthis, who have some Iranian backing, have attacked Saudi territory in the border area.

Talks in Kuwait aimed at ending the war recently collapsed. Separately from the Houthi-Saleh-Hadi conflict there are frequent attacks in Yemen by Islamist militants.

In the Russian TV interview, Saleh described Russia as "the closest kin to us", adding that it has "a positive attitude" in the UN Security Council.

"We agree on a principle, which is the struggle against terrorism ... We extend our hands and offer all the facililties, and the conventions and treaties ... We offer them in our bases, in our airports and in our ports – ready to provide all facilities to the Russian Federation."