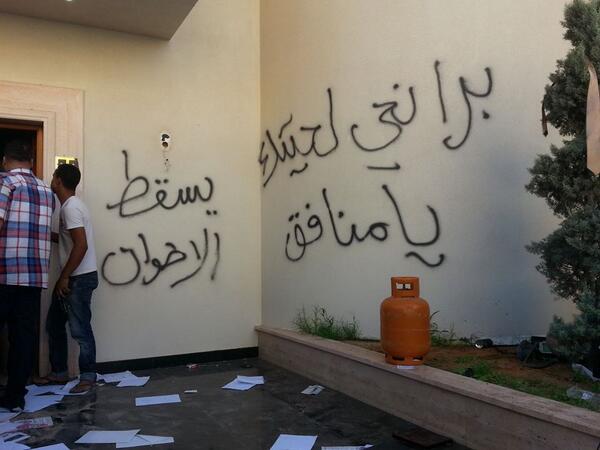 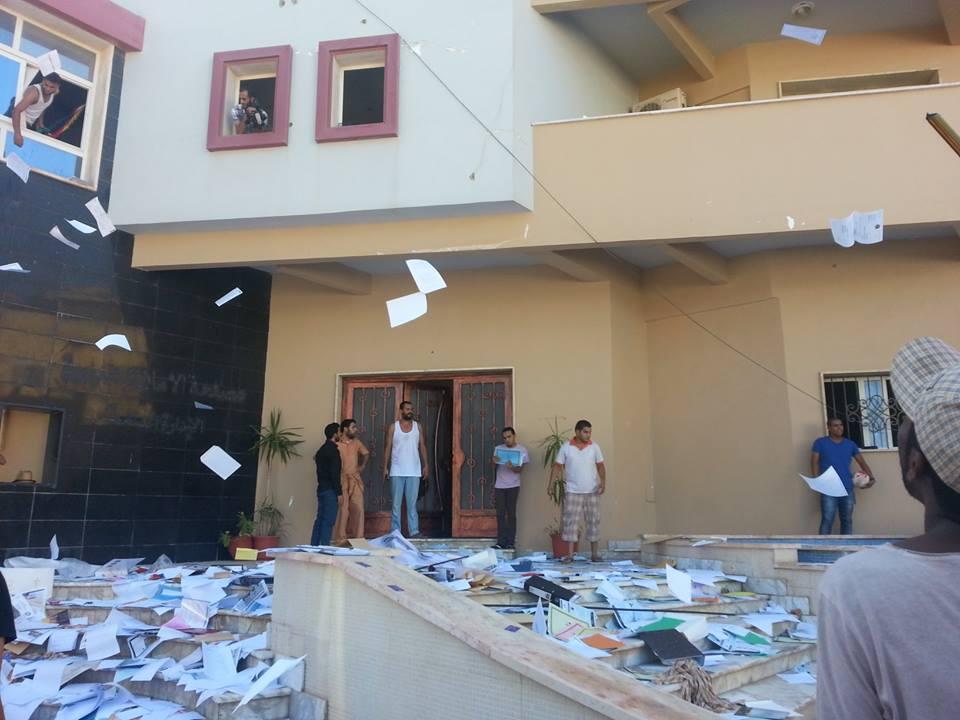 This comment, posted on Twitter, more or less sums up Libya’s problem. Until all the competing factions recognise their own limitations and act accordingly there will be no progress.

In Libya, of course, that doesn’t just apply to politicians. With plentiful supplies of weapons still in private hands as a result of the revolution that overthrew Gaddafi, many seek to express their views through force of arms instead of – or sometimes in combination with – the ballot box.

Yesterday, prime minister Ali Zeidan announced that he is planning a cabinet reshuffle to reduce the number of ministries and “ensure a better performance to face the urgent situation". One of those expected to be replaced is defence minister Mohammed al-Barghathi.

The “urgent situation” that Zeidan referred to is partly about politics and partly about security – or rather, the lack of it.

Yesterday saw a mass breakout from al-Kwafiya prison in Benghazi. More than 1,100 prisoners are thought to have escaped. The authorities say about 100 have since been recaptured.

Assassinations – mainly of people connected with the security forces – continue at an alarming rate and the authorities seem unable to arrest anyone involved. Prime minister Zeidan has more or less admitted that this is beyond the capabilities of Libyan investigators, saying: “We have requested an international forensic investigation team to work with local teams.”

The killing of Abdelsalam al-Mismari in Benghazi on Friday (see
yesterday’s blog post) appeared to take the assassination campaign in a new direction, since Mismari was an activist, not a military man. Human Rights Watch describes his background:

Elmessmary, who was born in 1968, was a lawyer and political activist. He was an outspoken critic of the highly controversial Political Isolation Law, a decree to bar Gaddafi-era officials from holding public office, which the General National Congress, Libya’s parliament, passed in May.

On July 24, Elmessmary appeared on a local TV station and spoke about unlawful killings including the murder of Gen. Abdelfatah Younis, chief of the Libyan opposition army, who was killed in July 2011 during the uprising to oust the then-Libyan leader Muammar Gaddafi.

Elmessmary was a founder of the 17 February Coalition, which spearheaded the coordination of opposition forces in Benghazi in February 2011, at the onset of the anti-Gaddafi uprising. In February 2011, the coalition created the National Transitional Council, which governed opposition-held areas of Libya until the election of the General National Congress in July 2012.

Continuous political infighting has led to growing public frustration at the performance of the government and the General National Congress (Libya’s interim parliament).

Among other things, the GNC has been accused of making important but ill-considered decisions, such as the new companies law which is seen as more restrictive in terms of attracting foreign investment than the Gaddafi regime’s law that it replaced.

Last week the GNC also invited applications for the posts of governor and deputy governor of the Central Bank of Libya – much to the surprise of almost everyone, including the bank’s current governor.

The reason for this move has not been explained, though it may be because the current governor, Saddek Elkaber, previously worked under Gaddafi. The Libya Herald comments:

"Elkaber has had his critics, mainly on social networks ... However, despite the many unwarranted accusations, no one has come up with any evidence of impropriety by him.

"With the passage of time, it was thought that he had weathered the storm, having survived under two de facto heads of states: Mustafa Abdul Jalil and Mohamed Magarief."

Public discontent with politicians has also been directed against the political parties, with some Libyans calling for parties to be abolished (an idea that may be a hangover from the Gaddafi era).
Over the last few days, protesters have ransacked at least two buildings associated with the Muslim Brotherhood as well as another belonging to its rival, Mahmoud Jibril’s National Forces Alliance. One demonstrator in Tripoli told Reuters:

"Maybe the growing opposition to the Muslim Brotherhood is because they are trying to achieve their political ambitions using religion as a cover for their agenda."

The Brotherhood has never been popular in Libya and it won only about 10% of the votes in last year’s elections to the GNC. Despite its lack of electoral success, however, the Brotherhood is perceived as having maximised its political influence “through its various coalitions within the GNC, its powerful regional alliances, and its ties to Islamist militias”. One example of this is the Political Isolation Law, under which the Brotherhood is seen as the main beneficiary.

The ousting of the Brotherhood’s government by the military in Egypt has also opened up debate about the future role of Libya’s army. Writing for Foreign Policy, Mohamed Eljarh says:

“Those who are sympathetic to the Islamists' cause say that having an army that is stronger than democracy is dangerous and could lead to repetitive coups in the country and could undermine the will of the people.

“However, those who oppose the idea of political Islam in Libya believe having a national army must be a priority. In their view, the events in Egypt show that a national army can be the means through which the will of the people is upheld and democracy safeguarded.”

There is also unhappiness about the arrangements for drafting a new constitution. The 60-member drafting body is to include six seats reserved for women and six for ethnic minorities (two each for the Amazigh, Tibu and Tuareg).

Women's rights advocates are complaining that a 10% allocation for women is inadequate, considering that women account for around half the population, and the ethnic groups have threatened to pull out. An editorial in The National explains:

“The minority groups worry that, because the writing of the constitution will be based on the vote of the majority and not on the entire 60-member group agreeing, they, with only a few seats, are likely to be consistently outvoted.”

The problem with this is that a majoritarian approach doesn’t really work for drafting a constitution. Unless the resulting document has a very broad consensus of support and is seen as inclusive it is unlikely to be respected.