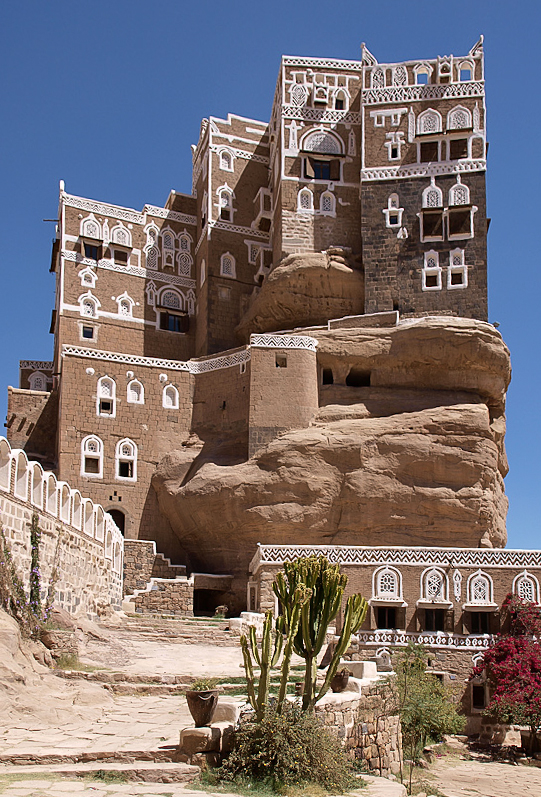 In the shadow of a master
by Trevor Marchand. Minaret building techniques. British-Yemeni Society Journal, July 2002

Influence of climate on window design

ABOVE: Windows in the upper floor of a house in Sana'a. There are decorative grilles above, with coloured glass set in gypsum, and below the openings have timber shutters, with glazed windows behind. Gypsum plaster is used externally to give extra protection against the weather to the wall which is of burnt brick set in mud mortar.

ABOVE: The ornate decorative gypsum screen is flanked by a high ventilation opening known as a shagoos. There is a canopy over the timber shutters below, which have small hinged openings to allow a view or some ventilation when the main shutters are closed. The window is in a wall of burnt brick in the upper floor of a house in Sana'a.

ABOVE: Jewish design of windows in Ga' al-Oloufi (formerly Ga’ al-Yahudi), in Sana'a. Light is admitted through translucent alabaster panels, and ventilation through the opening fitted with timber shutters. There is a gypsum plaster surround and the windows are set in a wall of zabur.