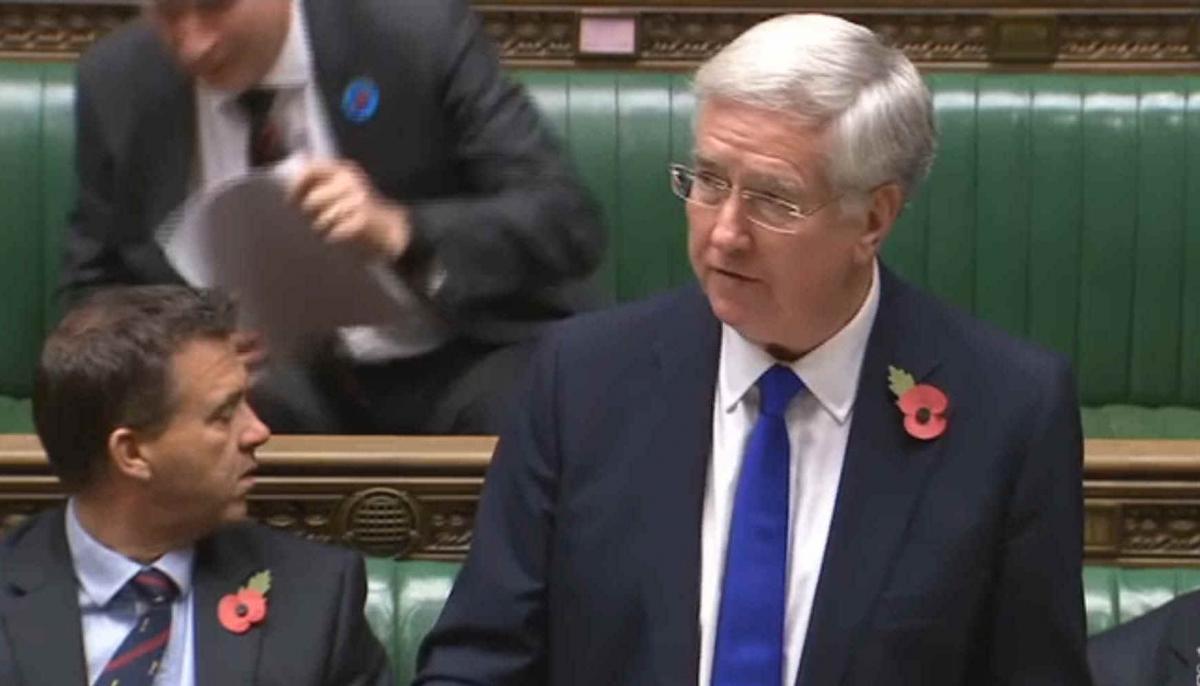 The countries making up the Arabian Peninsula are no strangers to British influence, none are more impacted by this influence today than Yemen. Unlike the dominant Gulf States which were never formally colonialised by Britain, Yemen’s second city, Aden, was a jewel of the British Empire in a previous life. Britain controlled Aden and its surrounding area as a crown colony for over 120 years.

Today Britain’s influence in Yemen is more ancilliary and arguably opaque in nature, coming in the form of its steadfast support for a Saudi-led coalition of Gulf States in their war against the Houthi rebel group, which is currently ravaging the country. Recently, the British Minister of Defence, Michael Fallon, reaffirmed UK’s commitment to Saudi Arabia in a statement to Parliament, saying “the United Kingdom fully supports the coalition and the right of Saudi Arabia to defend itself”. Through its ongoing logistical support to the Saudi-led coalition and significant weapons sales to the Gulf countries involved in the conflict, Britain has proven itself to be a pivotal player in Yemen once again.

Short of boots on ground, Britain has a military team in place at the Saudi coalition headquarters, giving advice on the Saudi-led air campaign. Britain maintains the team does not help with targeting and simply advises on whether targets are not in breach of international law. Although it is arguably difficult to draw a line between both activities and even if achieved, the success of British efforts appear ambiguous at best. For instance, Human Rights Watch has stated, how in one incident in which Saudi Arabia conducted an air strike on a crowded funeral ceremony in Yemen’s capital which killed over 100 people in October, is likely to have been a war crime. Such an incident is sadly not isolated. More than 191 other attacks on facilities such as schools, hospitals and homes have been reported by various organisations including the United Nations.

Notwithstanding the concerns relating to potential war crimes against civilians in Yemen and the apparent ineffectiveness of British military advice in this regard, weapon sales to the Saudis continue unrestrained. Over the past year alone, London has sold around £6bn worth of weapons to Riyadh. Against this backdrop, the UK’s Parliamentary Committee on Arms Export Controls noted how these arms sales are likely a breach of the UK’s own laws and are contributing towards a humanitarian disaster in Yemen. UNICEF recently reported how more than seven million people in Yemen do not know where their next meal will come from and that 2.2 million children are already acutely malnourished.

In the face of growing awareness and criticism from the British public, there have been calls for the immediate suspension of arms exports to Saudi Arabia and a successful campaign launched by British Disaster Emergence Committee, a consortium of the UK’s 12 major charities, raised £11 million from the public in its first week.

In response, the Saudis have also been active, with their Foreign Minister visiting London to plead with the British government not to suspend its arms exports. Thus far Saudi efforts to maintain the status-quo have been successful. More concerningly, it appears that relations between the Gulf states and Britain are forging ever-closer; Theresa May, the British Prime Minister, was the only foreign leader invited to attend the regional Gulf countries meeting in Bahrain in December7, demonstrating the importance of British leadership in the region.

However, the growing kinship between the Saudis and May’s government in London comes at a time when Saudi Arabia admitted thatin Yemen it has used illegal cluster bombs manufactured by the UK.

The British Defence Minister argued that allegations in relation to breaches of international law by the Saudi-led coalition are taken seriously by the UK and that Westminster does its “best to ensure any allegations are investigated by the coalition”.  Nonetheless, in light of the use of indiscriminate cluster bombs by Saudi Arabia, Amnesty has argued how it is “just more proof of the sheer recklessness of the Saudi coalition’s tactics in Yemen”.

As the exporter of these weapons, Britain has a legal obligation to prevent their misuse. The US government has already suspended some arms sales to Saudi Arabia in light of the legal concerns arising from the coalition’s tactics in Yemen. Accordingly, now in its self-appointed role as the sole de facto facilitator of Saudi hostilities in Yemen, Britain must hold its ally to a higher standard than is currently the case in order to prevent the furthering of a humanitarian catastrophe.

Britain has recently increased its foreign aid budget for Yemen to £100 million-plus. However, this figure remains a drop in the ocean when compared to the value of the arms sales that the UK conducts with the Saudis on a yearly basis. There have also been concerns regarding the effectiveness of foreign British aid to countries like Yemen, with the independent Commission for Aid Impact noting a failure by the British government to systematically confront corruption in the aid distribution process.

This is likely to have particular ramifications in Yemen, where the majority of civilian population centres remain under the control of the Houthi rebel group, causing logistical challenges for the distribution of aid within the country.

Pressure is now building domestically within the UK for the government to revise its long-held pro-Saudi at-all-costs policy in Yemen. At a time when Brexiting Britain is seeking to strengthen foreign investment with its key allies, this policy is unlikely to change any time soon. The result is a dichotomy where any positive efforts to help Yemen by the British, on the humanitarian front or any other, will be massively outweighed by its unwavering support for Saudi Arabia. To break this friction, the UK must actively choose to engage with Yemen as more than simply a “Saudi-backwater” and ensure that the impoverished country becomes a foreign policy priority in its own right—independent of Saudi Arabia and the corresponding economic interests attached to this relationship. This is a tough ask and one which is practically impossible in the current context of Saudi hegemony of Arabia. Together, these factors combined create the situation that we are currently presented with, in which Britain is involved in Yemen, but at a fragile distance with a Saudi Arabian goliath stuck in between.

Although Britain’s direct control of Yemen ended in the 1960s — coincidentally around the same time when British arms sales to Saudi Arabia first commenced — the current conflict demonstrates how Britain never really left. Britain’s shadow in Yemen is now lingering under the guise of Saudi Arabia and in the form of its military conquests.

Omar Mashjari is a British-Yemeni lawyer and writer with a focus on the Gulf. He regularly writes for various publications including the Huffington Post and the Fair Observer.