Syria and Sarin: who was Hersh's anonymous source? 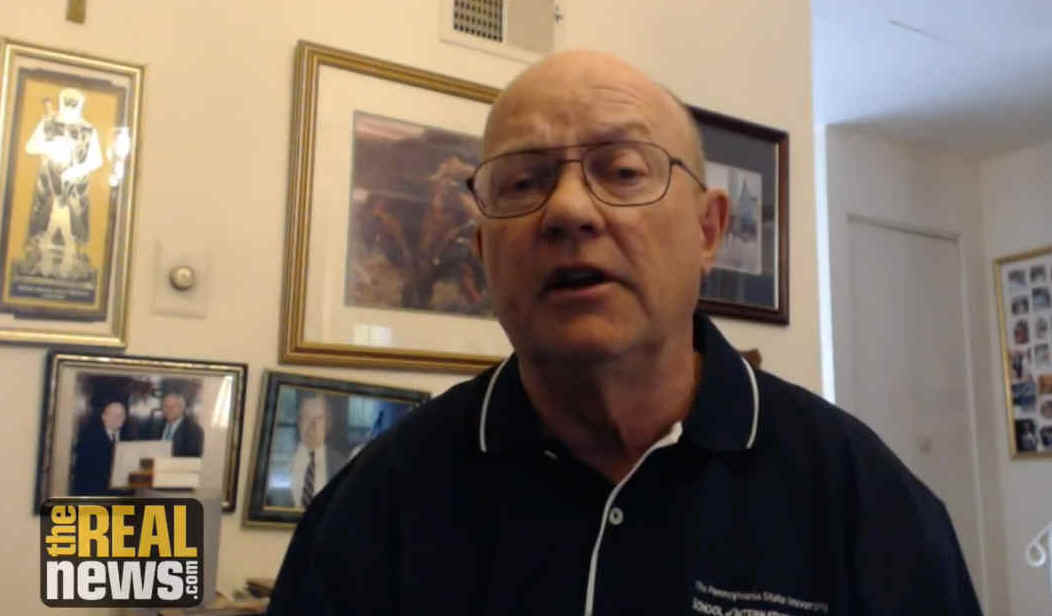 On 4 April, Syrian government forces carried out an airstrike on Khan Sheikhoun in Idlib province which, according to reports at the time, killed at least 74 people and injured hundreds more. Scientific tests by the Organisation for the Prohibition of Chemical Weapons – an inter-governmental body – have since established that inhabitants of Khan Sheikoun were "exposed to Sarin, a chemical weapon", during the attack.

Last month, however, a German newspaper published a long and deeply flawed article disputing the use of Sarin as a chemical weapon in Khan Sheikhoun. Written by the celebrated American journalist Seymour Hersh and published in Welt, it quoted an unnamed "senior adviser to the American intelligence community" as saying no chemical attack had taken place. Instead, it suggested that Syrian forces using a conventional explosive bomb had accidentally hit a store of "fertilisers, disinfectants and other goods" causing "effects similar to those of sarin".

Even though it's clear that Sarin was used, supporters of Hersh on social media have continued demanding that major news organisations should report his "alternative" version and treat it seriously – mainly on the grounds that Hersh has exposed some important stories in the past and that he once won a Pulitzer prize for journalism (47 years ago).

According to Hersh's story (which had been rejected by the London Review of Books before it appeared in Welt), the Syrian forces' intended target was "a jihadist meeting site" – a two-storey building where the upper floor was used by rebels as "a regional headquarters".

Again, according to Hersh, the attack on this building had been well-prepared and the Americans were notified about it in advance:

"Russian and Syrian Air Force officers gave details of the carefully planned flight path to and from Khan Shiekhoun on April 4 directly, in English, to the deconfliction monitors aboard the AWACS plane, which was on patrol near the Turkish border, 60 miles or more to the north."

Citing his unnamed source, Hersh says Syrian forces hit the building with a bomb which "triggered  a series of secondary explosions that could have generated a huge toxic cloud that began to spread over the town, formed by the release of the fertilisers, disinfectants and other goods stored in the basement".

"Evidence suggested that there was more than one chemical responsible for the symptoms observed ... The range of symptoms is, however, consistent with the release of a mixture of chemicals, including chlorine and the organophosphates used in many fertilisers, which can cause neurotoxic effects similar to those of sarin."

One unanswered question about this is the identity of Hersh's anonymous source – and a possible clue can be found on a website called The Real News Network. Three days after the Khan Sheikhoun attack, The Real News Network posted a video interview with a retired US Army colonel, Lawrence Wilkerson, who described reports of a Sarin attack as a hoax.

The account of events given by Wilkerson has some interesting similarities with the account given by Hersh in his Welt article almost three months later. Wilkerson told The Real News Network:

"Most of my sources are telling me, including members of the team that monitors global chemical weapons, including people in Syria, including people in the US intelligence community, that what most likely happened – and this intelligence, by the way, was shared with the United States, by Russia in accordance with the Deconfliction Agreement we have with Russia – that they hit a warehouse that they had intended to hit. And had told both sides, Russia and the United states, that they were going to hit.

"This is the Syrian air force, of course. And this warehouse was alleged to have ISIS supplies in it, and, indeed, it probably did, and some of those supplies were precursors for chemicals. Or, possibly an alternative, they were phosphates for the cotton growing, fertilising the cotton-growing region that's adjacent to this area. And the bombs hit, conventional bombs, hit the warehouse, and because of a very strong wind, and because of the explosive power of the bombs, they dispersed these ingredients and killed some people."

In comparing these two accounts, a small point worth noting is that they both talk – apparently mistakenly – about symptoms caused by fertiliser. In a critique of Hersh's article on the Bellingcat website, Eliot Higgins wrote:

"He [Hersh] describes the symptoms seen in victims as 'consistent with the release of a mixture of chemicals, including chlorine and the organophosphates used in many fertilisers, which can cause neurotoxic effects similar to those of sarin.' Here it is worth pointing out that organophosphates are used as pesticides, not fertilisers, and it’s unclear if this error is from Hersh himself or his anonymous source."

Could this be an indication that Wilkerson was Hersh's source? In his article, Hersh describes the source as "a senior adviser to the American intelligence community" and later adds that the source "has served in senior positions in the Defense Department and Central Intelligence Agency".

Wilkerson, in addition to his military career, was chief of staff to US secretary of state Colin Powell from 2002 to 2005 and, among other things, helped to prepare Powell's notorious presentation to the UN Security Council about Iraq's alleged weapons of mass destruction. However, he has since become a fierce critic of the way the war was conducted.

"My participation in that presentation [by Powell] at the UN constitutes the lowest point in my professional life. I participated in a hoax on the American people, the international community and the United Nations Security Council. How do you think that makes me feel?"

This experience probably goes a long way towards explaining Wilkerson's reluctance to accept that Sarin has been used in Syria.

One discrepancy between Hersh's description of his source and Wilkerson's CV is that Wilkerson does not appear to have held a position in the CIA, though he has certainly worked with classified intelligence material – for example in preparing Colin Powell's UN report on Iraq.

If Wilkerson was Hersh's source for the Khan Sheikhoun article, we might also ask why Hersh didn't identify him by name (since he was already on record as saying some of the things that Hersh reported).

However, if Wilkerson was not the source it seems very likely, given the similarity in the two accounts, that they both share the same original source.

There's a further pointer towards Wilkerson himself, though. It has since emerged that Welt spoke directly to Hersh's source before publishing the article, and that the source was one Hersh had used previously for his 2004 exposé of atrocities at Abu Ghraib prison in Iraq.

While working at the State Department under Colin Powell, Wilkerson was a key figure investigating the events at Abu Ghraib. He was shocked by what he found and was later identified as "the Bush administration's whistleblower" in the affair.