Qatar – the world's most coronavirus-infected country 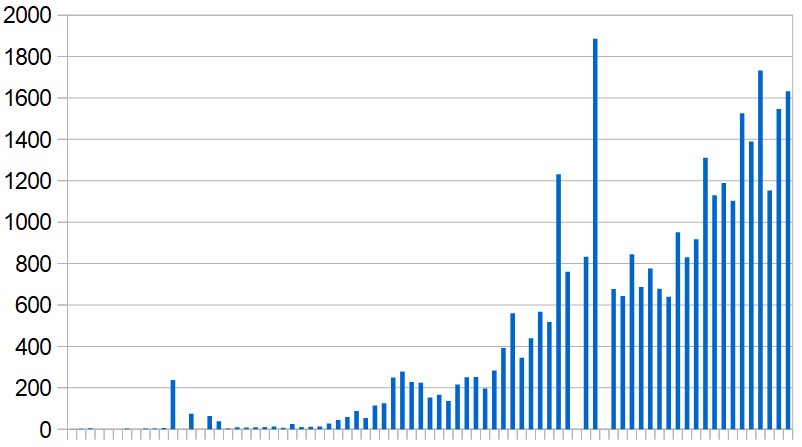 The wealthy Gulf state of Qatar – home to al-Jazeera television and controversial host for the 2022 World Cup – is offering to help the United States and other countries overcome the coronavirus crisis.

That is the main story today on the front page of Qatar's The Peninsula newspaper. The report, supplied by the official government news agency, describes a talk given by the Qatari ambassador in Washington at a video conference organised by the American Chamber of Commerce.

The ambassador reportedly explained how Qatar has been managing its Covid-19 epidemic and why it is "one of the countries that experienced the lowest death rate in the world due to the strength of its medical system".

The report adds: "For their part, representatives of American companies praised the State of Qatar’s response to combat the coronavirus."

The same government-written report can be found in at least three other Qatari newspapers – in English in the Qatar Tribune and in Arabic in al-Watan and al-Sharq.

What none of these papers mention is that in proportion to its size Qatar has recorded more Covid-19 infections than almost anywhere else in the world. The high level of infections in Qatar is surpassed only by two micro-states – the Vatican City and San Marino.

At first glance the 32,000 confirmed cases in Qatar don't look particularly noteworthy or unusual. Other countries have higher numbers, including Qatar's neighbour, Saudi Arabia, which has more than 54,000. But Qatar has less than one-tenth of Saudi Arabia's population.

It's only when population is taken into account that the full magnitude of Qatar's problem becomes apparent. On that basis, the 32,000 cases translate into more than 11,000 per million inhabitants.

That is not just high but phenomenally high. Aside from the Vatican, San Marino, Andorra and Luxembourg (all with populations well below a million) the countries whose infection levels come closest to Qatar's are Spain and Iceland. They have 5,900 and 5,300 known cases per million respectively – which is roughly half Qatar's figure.

In Qatar, as in the other Arab states of the Gulf, the majority of Covid-19 cases have occurred among migrant workers whose cramped living conditions allow the virus to spread easily. But even in comparison with its migrant-employing neighbours Qatar's cases-per-million are exceptional.

In its daily reports of new cases, Qatar's health ministry says infections are rising because the epidemic is approaching its peak. The ministry has been repeating this for at least a month and it doesn't really explain anything.

In its most recent statements the ministry says high numbers of new cases are due to "redoubling" of efforts to find infected people "through intensive and proactive investigations of large numbers of contacts". It gives no specifics about the scale of these efforts.

However, the ministry does say it has tested 157,570 people (which may or may not include repeat tests). Levels of testing often have some bearing on the number of cases being detected but this doesn't seem to be a particular issue in Qatar. Among the other Gulf states, the UAE, Bahrain and Kuwait have all tested more extensively in terms of population – and have found lower levels of infection.

The health ministry ​refers vaguely to new cases among expatriate workers "as a result of contact with individuals who were previously infected" and says that others have been discovered "among groups of workers in different regions" as a result of the ministry's investigations. Qatar hasn't given figures for infections among its own citizens compared with those among the expatriates who make up about 88% of its population.

It goes on to say that the high number of cases among both citizens and non-Qatari residents "is due to the lack of compliance by some with precautionary measures, the most important of which is social separation and reduced exit from the home and social visits".

To encourage greater compliance, a new law that came into effect on Sunday stipulates fines of 200,000 riyals ($55,000) or three years in prison for anyone who leaves home without wearing a face mask.

[Note: The above article was amended on 8 June 2020 to correct the UAE's population figure.]

A further 9,691 Covid-19 infections have been reported in the Middle East and North Africa since yesterday's update. 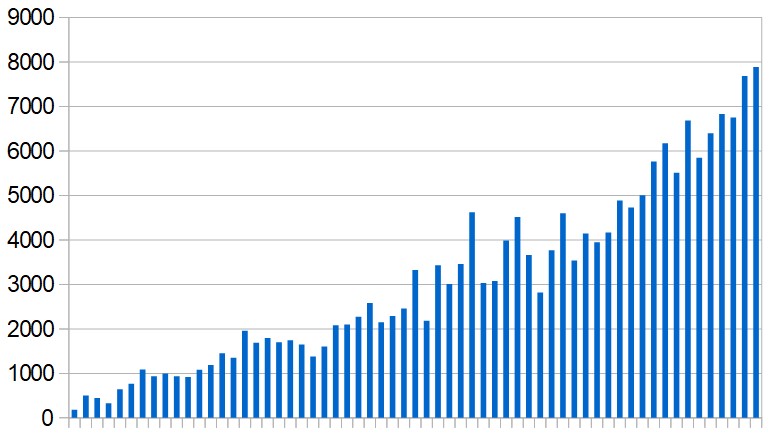 A further 112 coronavirus-related deaths were reported in the region yesterday – 51 of them in Iran and 18 in Egypt.