Many people are dying in the Yemen's southern city of Aden and no one is quite sure why. Maybe it's coronavirus but it could be dengue fever, chikungunya, ebola, malaria, pneumonic plague or something else, according to the head of the National Emergency Committee.

More than 500 deaths have been reported in Aden in the last eight days – most dying at home without medical treatment. A local gravedigger told the Associated Press he had never known such a succession of bodies for burial, even at times when there were street battles.

There appear to be several epidemics of different diseases circulating in the city, partly as a result of unhealthy conditions caused by recent floods.

As far as Covid-19 is concerned, the internationally-recognised government says there have been 122 confirmed cases and 18 deaths in the southern parts of the country under its tenuous control – though it's widely believed that many others are going undetected.

The Houthis who control much of the north have reported only four Covid-19 cases, including one death. The two most recent cases, announced on Saturday, are said to involve a 48-year-old man and a 38-year-old woman in the capital, Sana'a – both of whom are said to have already recovered. Medical sources indicate that Houthis are deliberately concealing the scale of the outbreak on their territory. At least one batch of test results, which included four positive cases, has not been officially reported.

The Houthis are clearly trying not to let the coronavirus distract from their ongoing war effort but their denialism causes unnecessary difficulties in what looks set to become a catastrophic situation.

A further 8,443 Covid-19 infections have been reported in the Middle East and North Africa since yesterday's update – the biggest daily increase so far. 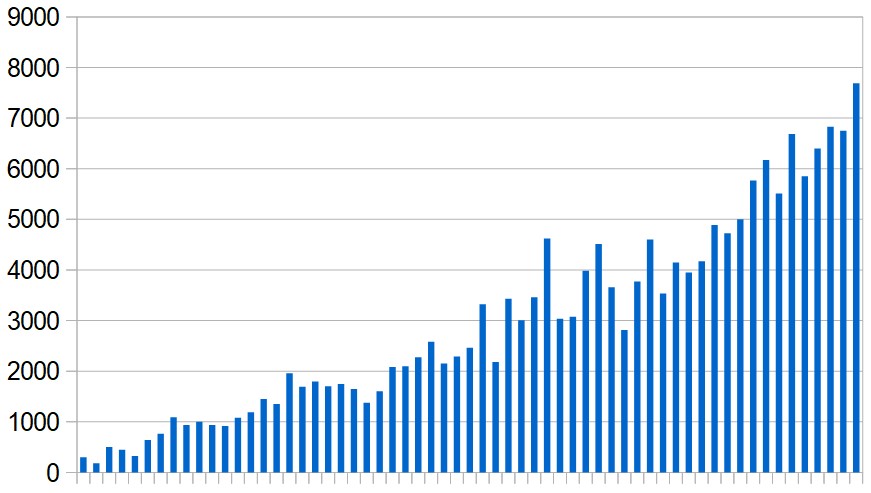 A further 108 coronavirus-related deaths were reported in the region yesterday – 35 of them in Iran and 20 in Egypt.