Sex and the Arab Spring

Sex and politics may seem like strange bedfellows but they are often closer than we think. In the 1960s, opposition to the Vietnam war and the casting-off of sexual hangups in western countries blended into a single slogan: Make Love Not War. Meanwhile, a new generation of feminists insisted that taking charge of their own sexuality was a political act: "The personal is political," they said.

Up to now, the revolutionary cries of the Arab uprisings – "freedom", "justice", "dignity" and so on – have been directed mainly against regimes. Their core demand is a different kind of relationship between governments and the people they govern, but it doesn't take a huge leap of imagination to see that these same buzzwords might also be applied to the way people relate to each other – personally and sexually.

The common thread here is patriarchy. Arab regimes adopted the paternalistic style of authoritarianism found in the most traditional of Arab families and applied it on a national scale. Similarly with religion ... and sex is the point where all three meet. In Arab societies, as Shereen El Feki points out in her new book, Sex and the Citadel, "the only widely accepted, socially acknowledged context for sex is state-registered, family-approved, religiously sanctioned matrimony". 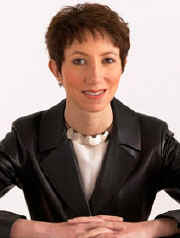 The fact that large numbers of Arabs find it difficult to fit this mould – whether they are single mothers, youngsters who can't afford to marry or people attracted to their own gender – is increasingly recognised, Feki says, but solutions are still elusive.

Part of the problem is a reluctance to talk about it. An Egyptian gynaecologist tells her: "In the Arab world, sex is the opposite of sport. Everyone talks about football, but hardly anyone plays it. But sex – everyone is doing it, but nobody wants to talk about it."

Difficult as it may be to imagine now, in western eyes Arab society was once a byword for licentiousness, for which it was despised by some and envied by others. Today, the stereotypes are reversed – a shift that is largely due to international politics – with many Arabs regarding the west as an infectious source of debauchery from which they must be protected.

But it is not merely puritanism that impedes discussion of sex. Even if the taboos are overcome, language can also be a barrier. Arabic's once-rich vocabulary of sexual terminology has shrunk over the centuries, Feki says: "One tenth-century book, The Language of Fucking, for example, mentions more than a thousand verbs for having sex."

Discussion of Arab sexuality today is often over-simplistic and when I first saw Sex and the Citadel on Amazon's website I feared the worst. Its title – a play on the popular TV series, Sex and the City – seemed awkwardly contrived and its cover showed a pair of Islamic crescents arranged to look like female breasts (though I'm assured that's only for the American edition). 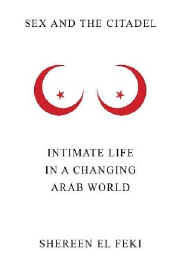 Nonethelesss, a friend urged me to read it – and I'm glad I did. There is no other book that gives such a well-rounded picture of conemporary Arab attitudes towards sex. It's highly readable but also includes plenty of thoughtful context without getting bogged down in theories and statistics.

Feki – half-Egyptian, half-Welsh and raised in Canada – trained in immunology but later worked for The Economist writing on healthcare issues, particularly HIV. She was also appointed vice-chair of the UN's Global Commission on HIV and the Law.

Thus, an Egyptian psychiatrist who regards homosexuality as "a developmental disorder" that can be "healed" is given space to make his case. Though his views have been shaped by religious belief (he's an evangelical Christian), the psychiatrist is far from stupid and he has the grace to admit that his "treatment" doesn't always work.

Feki's book leaves little doubt that changing attitudes to sex and sexuality go hand-in-hand with political change. "Free and equal relations among individuals," she writes, "are not only key to sexual rights but are also the cornerstone of political democracy; by leveling hierarchies, accepting differences, and respecting individual choices in the one, you help to foster the same in the other."

But how, exactly, might this transformation happen? Feki attempts an answer in her final chapter – if only a tentative one. Arabs' sexual culture, she says, depends on a complex interplay of other factors that include the law, education, economics, religion and the media. Movement in those areas will also bring movement on the sexual front.

It there's one certainty in all this it's that the way forward for Arab societies lies through talking – and arguing – about sex more frankly and and openly than they do at present. And Sex and the Citadel is an admirable starting point for that.

This review was first published by the Lebanese website NOW. An Arabic translation is here.

Other reviews of Sex and the Citadel: