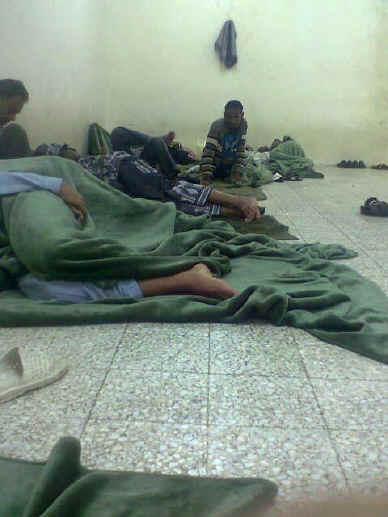 Saudi Arabia has expelled more than three-quarters of a million "illegal" foreign workers during the last 15 months, according to a spokesman for the passports department in Riyadh. Last year, 575,000 were deported, followed by a further 200,000 during the first three months of this year.

Inspectors are going round the country, raiding places where they suspect illegal workers are employed, the Labour Ministry says.

A report by Glen Carey for Bloomberg views these moves as part of a strategy to protect the kingdom for the effects of the Arab Spring:

"Saudi Arabia made job creation a priority after popular unrest toppled leaders across the Middle East starting in 2011. King Abdullah, who turns 89 this year, unveiled a $130 billion stimulus plan in 2011 to create jobs and tightened rules on the expatriate workers most businesses depend on.

"The aim was to ensure that the world’s biggest oil exporter remains unscathed by the unrest that has swept other Arab countries with high unemployment. With about a quarter of Saudis aged 20 to 30 out of work, the government in 2011 curbed the number of work permits issued to foreigners, linking them to the number of Saudis a company employees.

Saudi Arabia has about 9.4 million foreign workers, many of whom are working illegally as a result of the onerous and corrupt sponsorship system. "Saudisation" – replacing foreign workers with Saudis has long been government policy – though Saudis are generally reluctant to take on the traditional migrant-worker jobs such as street sweeping, construction work, shopkeeping and taxi driving. In the past, efforts to implement the policy have usually been half-hearted and the mass expulsions appear to be a recent development.

This will also have a knock-on effect for several other countries, since Saudi Arabia is the world's third-biggest provider of worker remittances. In 2011, these accounted for 6.2% of Egypt's GDP, 10.3% of the Philippines' GDP and 4.2% of Yemen's GDP, according to the World Bank.

Currently, up to 2,000 Yemenis are being deported from Saudi Arabia every day (see yesterday's blog post) and Yemen's government has sent a high-level delegation to Riyadh to discuss the situation.

"Since Saudi Arabia is home to the largest Yemeni labour force, and since Yemen is a member of the Labour Office of the GCC, and in view of our brotherly relationship, our geographical proximity and the current political situation in Yemen, we ask the Saudi government to grant a waiver to Yemeni workers."

Blaming foreigners for a country's economic problems is a familiar tactic all over the world, and the "send them home" policy adopted by Saudi Arabia is what racist and anti-immigration movements in the west also advocate. But it has not gone unchallenged within the kingdom.

Writing for Okaz, Saudi columnist Khalaf al-Harbi points out that "no developed country in the world can do without foreign manpower" and continues:

"In our country, however, the foreign manpower is portrayed as the main barrier impeding the employment of Saudi nationals. Because of our 'specialty', arrogance and our excessive sensitivity toward strangers, the foreigners living in this country have become isolated from society.

"Subsequently, they have shifted their focus mainly on making money to remit back home without giving any attention to building relationships with Saudi citizens among whom they spend the greater part of their lives ...

"The complex procedures of imposing the process of Saudisation on small companies has encouraged the workers and owners of these small establishments to go around the regulations of the Labour Ministry.

"A large number of Saudis are earning their living by selling work visas to expatriates, thriving on the sweat of the foreign workers. These Saudis are certain that they will not be caught or punished for their crimes against the homeland and the humanity. The punishment will ultimately land on the heads of the poor foreigners ...

"This is the naked truth. The fault is within us and not within the foreign workers. The owner of the company that employs foreigners and refuses to employ Saudis is himself a Saudi and not a foreigner. Why then do we direct our negative sentiments in the reverse direction? When will we understand that the expatriates are our partners in building this nation and are not responsible for any of our failures or disappointments?"

Yesterday, Ameera Ahmed posted a series of photos on Facebook which she says were taken in a Saudi jail by a Yemeni relative awaiting deportation (see above and below). 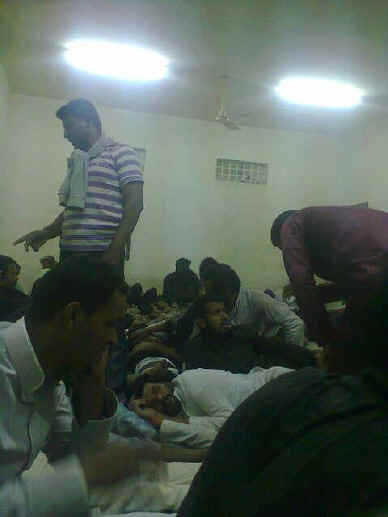 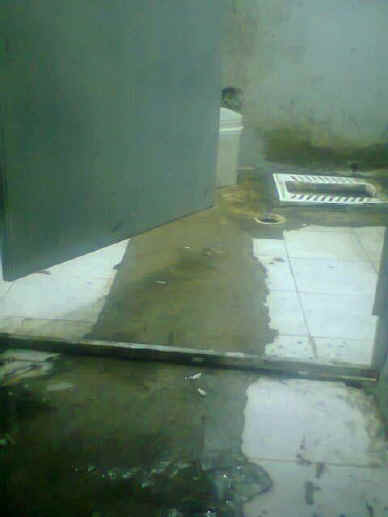 Lavatory in the deportation jail