The price of criticising the UAE

As regular readers will know, some odd things have been happening since I raised questions about the Global Network for Rights and Development (GNRD), an organisation registered in Norway which has links to the United Arab Emirates and takes an unusually favourable view of the UAE's human rights performance.

I have also raised questions about another Emirati-linked "human rights" group, the Swiss-based International Gulf Organization (IGO), which earlier this month attacked Human Rights Watch over its criticisms of the UAE.

It was a couple of days after my most recent blog post about GNRD that the weird things began. The details are here and here but, just to recap:

Now for a brief update. 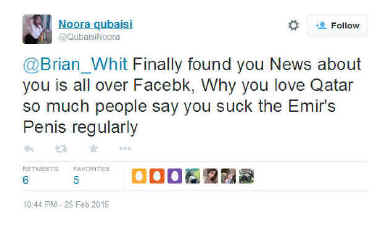 I have also received emails thanking me for subscribing to websites that I haven't subscribed to. One was a dating website; the other was bayt.com, a job-search website. Someone has created a fake profile/CV at bayt.com which uses my photograph (below) and says I am looking for employment in Qatar. 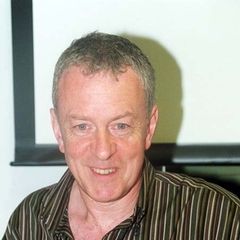 I was particularly intrigued by the photograph of myself. It has appeared only a handful of times on the internet and I don't recall when or where it was taken, but I do remember the last time I saw it.

The same picture was used in a Tweet by @emarati001 in 2012 when I was still working at the Guardian and the paper came under attack from the UAE: 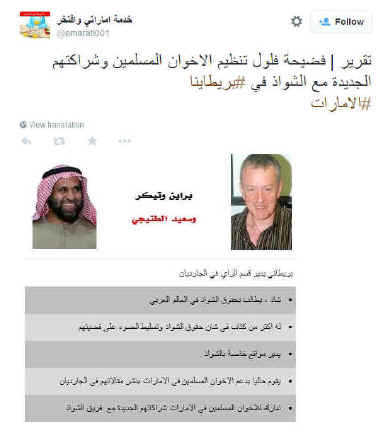 The photograph also figured in a Twitter campaign (accompanied by a YouTube video) under the hashtag #uk_supports_traitors: 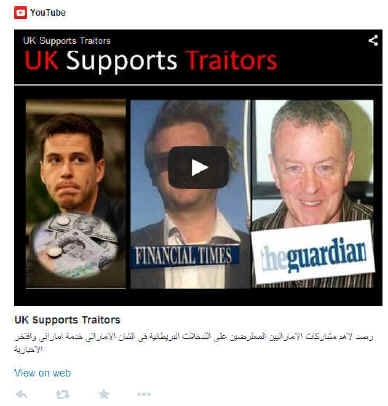 The main cause of the 2012 campaign against the Guardian was an article by Said Nasser al-Teniji, an Emirati Islamist, published on the paper's website. The online abuse was directed mainly against me and Ian Black, the Guardian's Middle East editor, even though neither of us had played any part in the publication of Teniji's article.

Ian Black referred to this later in a Guardian article about
the UAE's sensitivies:

"The Emirati authorities ... do not take negative publicity lying down. A recent comment piece in the Guardian by an Islah activist has attracted particular venom. The fightback in Abu Dhabi has been fast and abusive. Under a Twitter hashtag #UK_supports_traitors the Guardian and BBC have been accused of being in the pay of the Qataris; knowledge of Arabic is produced as evidence of involvement in 'espionage'. Harassed foreign office diplomats are being forced to explain that the British government does not control the British press.

"But the campaign is wider than that. The UAE has been lobbying hard in both Washington and London against their 'honeymoon' with the new regimes of the Arab spring, with special emphasis on Egypt. It is perhaps over-stating the case to call this effort a Gulf 'counter-revolution' but the Cold War notion of 'containment' certainly fits the bill."

If I were to ask Emirati officials about this online harassment I'm sure they would deny it has anything to do with their government. They would probably attribute it to over-zealous Emirati citizens who feel slighted by criticism of their country.

What puzzles me, though, is why Emiratis specifically would indulge in such crude behaviour. I have probably said critical things about every country in the Middle East at some time or other and the reactions have been varied, but I have seen nothing from other countries in the region quite like this.