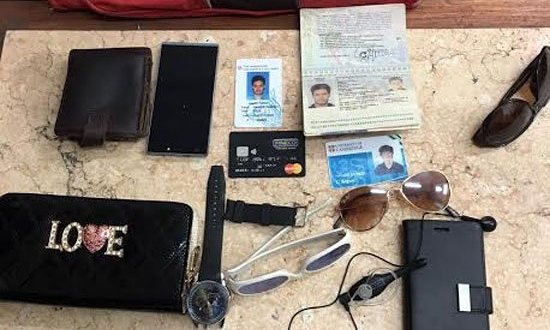 The Sisi regime's attempt to blame a "criminal gang" for the death of Italian postgraduate student Giulio Regeni has been greeted with derision and disbelief in Italy.

Regeni disappeared in Cairo on January 25 and his body – half-naked and horribly mutilated – was discovered at a roadside nine days later. His injuries showed classic signs of torture: there were burns from cigarettes and electric shocks, and nails had been ripped from his fingers and toes.

On Thursday, Egyptian police shot dead five men in a minibus in Cairo and later raided the home of one of the dead men's sister where – according to the interior ministry – they found Regeni's identity documents and other items.

To many, this looked like a crude attempt to frame the dead men, thus diverting attention from the chief suspect in Regeni's death: the interior ministry itself and its security apparatus.

Alongside the threadbare efforts to blame some non-regime culprit, the Egyptian authorities' role in the investigation is scarcely suggestive of innocence (see previous blog post). The interior ministry initially claimed Regeni had died in a road accident, and Egyptian officials' cooperation with Italian investigators has so far been minimal.

Photographic evidence from Thursday's shooting and the subsequent "discovery" of Regeni's documents raises further questions about the official version of events.

The official version is that security forces came under fire on Thursday when they approached a minibus in New Cairo. Police then opened fire, killing all five occupants of the minibus.

Four of those killed were later named by the interior ministry as Tarek Abdel Fattah, 52, his son Saad Abdel Fattah, 26, Mostafa Bakr, 60, and Salah Ali, 40. The fifth person has apparently not been identified.

According to the ministry, an automatic rifle, a gun and an electric shock device and forged police cards were found in the vehicle.

So far, however, there is no evidence that the anyone opened fire from inside the vehicle. The Guardian points out that a photograph of the minibus shows at least 27 bullet holes in the windscreen of the minibus but there are no visible weapons next to any of the bodies seen in photographs.

The Egyptian Tahrir News also questions the identity of the dead men. The bodies in the photographs, it says, appear to be young men in their twenties – and yet three of the four men named by the authorities were aged 40, 52 and 60. 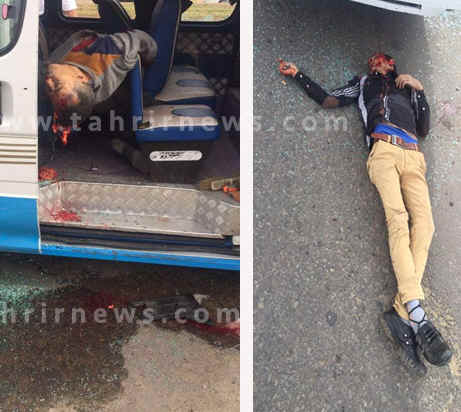 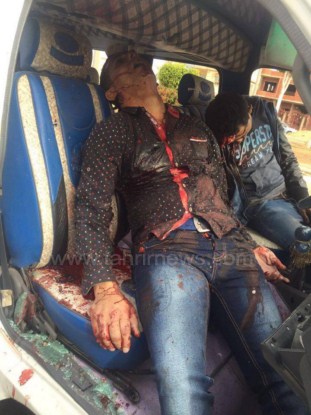 Bodies in the minibus. The dead men appear to be
a lot younger than the authorities say. 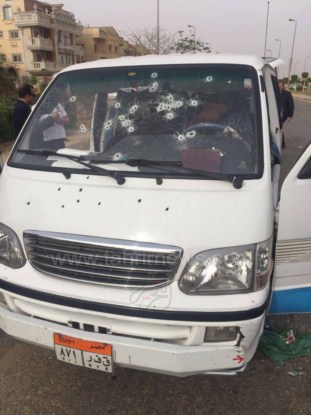 Bullet holes in the minibus

A collection of items supposedly found in a red bag during the subsequent police raid includes Regeni's passport, his student identification cards for Cambridge University and the American University in Cairo, and his credit card.

The first question this raises is why – if the official version is true – the "gang" had retained such incriminating items. Any reasonably competent murderer would surely have disposed of them as quickly as possible.

There were other items, so far unexplained, such as three pairs of sunglasses and what is said to be a 15g lump of hashish. Again, if the hashish belonged to Regeni it's puzzling that the gang kept it rather than using it or selling it. However, a friend of Regeni quoted in the Italian Corriere della Sera insists that Regeni "did not smoke dope", and this raises the possibility that the authorities planted the hashish in order to smear him.

There have been previous smear attempts, suggesting Regeni was gay and/or a spy. The fact that his body, when discovered, was naked from the waist down may also be an attempt to hint at sexual activity. Tahrir News notes that Regeni's trousers have not been found and wonders if Egyptian police have been looking for them. 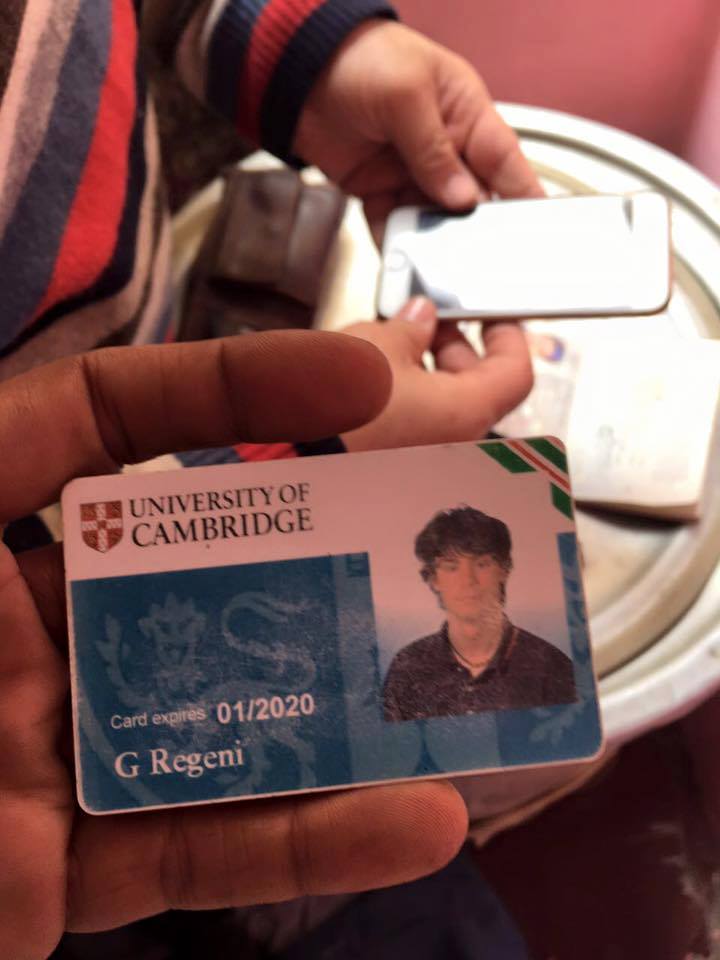 Regeni's student card and – possibly – a child's hands in the background

The Guardian raises a further question about whether a child had access to the items allegedly found during the police raid on Thursday. It says: "Pictures of an official search appeared to show a child’s hands in the background. Egyptian brigadier general Hathem Fathy denied a child had been present."

The biggest unanswered question, though, is why a criminal gang whose only interest appears to have been robbing people of money would abduct Regeni and torture him over a period of days in a manner more characteristic of Egypt's security apparatus. Death by torture at the hands of the authorities is alarmingly common in Egypt; death by torture at the hands of thieves is not.