Multiple airstrikes by the Saudi-led coalition in Yemen hit two prisons in a Houthi-run security complex yesterday, reportedly killing dozens of people, including prisoners. Other strikes which hit houses in Taiz province are reported to have wiped out two families, including women and children.

The latest attacks raise further questions about targeting of civilians by Saudi forces which are armed primarily by the United States and Britain. On October 8 Saudi warplanes repeatedly bombed a funeral in Yemen, killing at least 140 people and injuring more than 500. The Saudis say the attack was a result of flawed intelligence and indiscipline within the military. 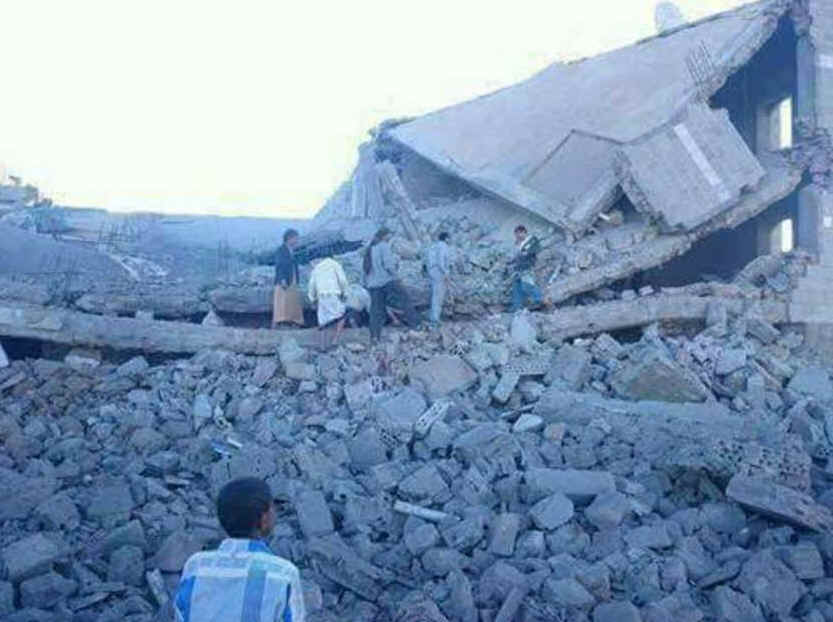 Last week, in a debate prompted by the funeral massacre, Britain's parliament formally rejected calls for an independent investigation into alleged Saudi war crimes – a decision which signalled to the Saudis that they can carry on bombing civilians with impunity.

Citing local sources, Reuters reports that the security/prison complex in Hudaydah (Hodeidah) was struck three times yesterday, killing 45 people. The prison section is said to have been holding 84 prisoners. This, once again, suggests the Saudis are not taking the precautions required by international law to avoid hitting non-combatants.

As with the earlier funeral massacre, reports of multiple strikes in Hudaydah indicate that the Saudis are continuing to employ "double-tap" tactics where a second (and sometimes third) bomb puts rescuers at risk as they move in after the initial explosion.

Britain's foreign secretary, Boris Johnson, has previously described double-tap bombing as "unquestionably a war crime" – but he was referring to Russian attacks in Syria rather than Saudi attacks in Yemen.

The British government has a legal obligation to suspend arms sales where there is a "clear risk" of serious violations of international humanitarian law but foreign secretary Johnson appeared to disregard this in last week's parliamentary debate when he suggested that if Britain stopped selling arms to the Saudis other countries would do so.

Following the funeral massacre, Britian, the US and the UN called for an immediate ceasefire. It failed to take hold but prompted a peace initaitive by the UN's special envoy, Ismail Ould Cheickh Ahmed, which has now been rejected by Abd Rabbu Mansour Hadi whom the Saudis regard as Yemen's legitimate president.

On Thursday Reuters reported that the latest UN plan would confirm Hadi as president (but only as a figurehead) and establish a government of "less divisive figures". It would also require the resignation of Hadi's vice-president, the widely detested General Ali Muhsin al-Ahmar. Reuters quoted the UN proposal as saying:

"As part of the signing of a complete and comprehensive agreement, the current vice-president will resign and President Hadi will appoint a new vice-president.

"After the completion of the withdrawal from Sanaa (by the Houthis) and the handing over of heavy and medium weapons (including ballistic missiles) Hadi will transfer all his powers to a vice-president, and the vice-president will appoint a new prime minister ... (who will form) a national unity government."

Hadi's reaction to this was that it would "reward the rebels and penalise the Yemeni people and legitimacy".