Yesterday I received a disturbing message from a young man in Yemen who fears for his life – not because of the tragic war there but because of something that he wrote.

Twenty-year-old Mohammed Atboush (seen in the video above) is a medical student in Aden and the son of a judge. He also takes an interest in philosophy, which led him to write a book about the conflict between science and religion in Islam.

His book, "Critique of Scientific Inimitability", was published last February by Masarat Publishing & Distribution in Kuwait and has been featured at book fairs in several Arabic countries, including Yemen. It looks critically at claims that the Qur'an is a "scientific miracle" – claims which are also included in the Yemeni school curriculum. 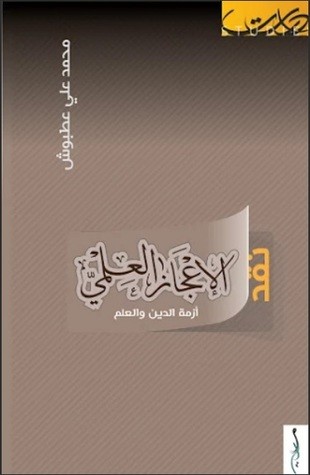 The "scientific miracle" claim is a fairly recent invention and not part of Islamic tradition. It originated in Saudi Arabia in the 1970s and is based on the idea that the Qur'an contains scientific information which could not have been known in the time of the Prophet – thus reinforcing belief that the holy book must have come from God.

Publication of Atboush's book was reported in a factual way by a local news website in September but it is also said to have been denounced in some of the mosques. Then, last month, Atboush narrowly escaped assassination.

The attack happened on the evening of December 29 when Atboush arrived at his family home in Khormaksar, a normally quiet district of Aden. The street was unlit because of a power cut.

Atboush says he was knocking on the door of his home for someone to let him in when a masked man got out of a white Toyota Corolla. The man fired at him from a distance of two metres with a silenced handgun but the bullet hit a wall.

Since no one had answered his knocking, Atboush then ran to a hotel nearby to seek help. The masked man fired again before getting back into the car which then drove off.

Last April another young man in Aden was murdered after religious fanatics accused him of atheism because of comments he had posted on Facebook. Seventeen-year-old Omar Mohammed Batawil was abducted in front of his home in the Crater district and his body was found later in another part of the city. He had been shot. 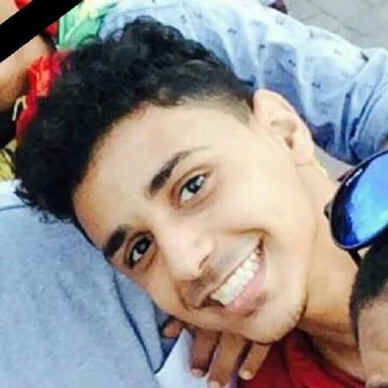 Atboush seems to have caused offence by questioning whether the Qur'an really contains foreknowledge of modern scientific discoveries. The idea that it does can be traced back to a French doctor, Maurice Bucaille, who served as family physician to King Faisal of Saudi Arabia in the early 1970s. Bucaille wrote a book, "The Bible, The Qur’an and Science", which was published in 1976. In it, he argued that while the Bible contains many scientific errors, the Qur'an was remarkably prescient: references to the Big Bang, black holes and space travel can all allegedly be found in its verses.

Since then, the idea that the Qur'an is miraculously scientific has given many Muslims a renewed sense of pride in their religion and has become a major tool for Islamic proselytising – with considerable success. In the eyes of others, though, it has done much to discredit Islam.

One popular claim (among many) is that the Qur'an reveals the existence of the ozone layer surrounding the earth.

An article on the True Islam website talks about the ozone layer and begins by explaining its importance in shielding the Earth from harmful rays. “The discovery of the ozone layer,” it continues, “took place many centuries after the Qur’an was revealed, nevertheless, there is mention in the Qur’an about this protective layer that shields us against the sun’s harmful rays.” Then comes the all-important verse:

Until he reached the rising of the sun, he found it rising on a people for whom We had provided no shield against it [i.e. the sun].

For those who don’t immediately see that this refers to a hole in the ozone layer, True Islam's writer explains:

Five implications are drawn from this verse:

1. The word “shield” implies that there is something harmful from the sun, because if there was no harm to come from the sun, there would be no need for a shield.

2. In earlier interpretations of the Quarn [sic] the word “shield” was taken to mean mountains or hills, but mountains and hills do not shield us from the sun’s rays ultra violet rays unless we live all our lives inside one!

3. The phrasing of the verse indicates that the people mentioned as having no shield are in fact the exception and that for the rest of mankind there exists a shield.

4. The words “We had provided no shield” indicate that the shield is a natural one (of God’s making) and not a man-made one. This automatically eliminates the suggestion of houses and other man-made shelters.

5. The verse indicates the presence of a people, and thus areas, that are not shielded. This is in line with the current knowledge concerning the existence of holes in the ozone layer. It is generally thought that these holes have always existed. The matter has suddenly acquired an alarming nature because the size of these holes are greatly being enlarged as a result of man’s pollution of the planet.

The only phenomenon that is able to accommodate all these five implications is the ozone layer.

On a more unscientific note, the same verse seems to imply there is a spot, somewhere on earth, where the sun rises. There's also another verse stating that the sun sets into a muddy spring.

This type of Qur'anic "science" relies heavily on linguistic ambiguities. Describing Bucaille's methodology, Pervez Hoodbhoy, a Pakistani physicist, writes: "He asks his readers to ponder on some Qur'anic verse and then, from a variety of meanings that could be assigned to the verse, he pulls out one which is consistent with some scientific fact."

Hoodboy also notes that the same phenomenon can be found in other religions. Hindus used to claim their scripture was full of evidence supporting the Steady State theory of cosmology – until scientists abandoned the Steady State theory in favour of the Big Bank theory. Needless to say, Hindus soon found other scriptural passages “which were in perfect accord with the newer theory and again proudly acclaimed as a triumph of ancient wisdom”. 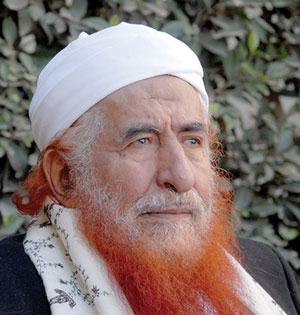 A key figure promoting Qur'anic "science" in the 1980s was a Yemeni sheikh, Abdul Majeed al-Zindani, who worked at King Abdulaziz University in Saudi Arabia and began seeking out western scientists who were visiting the kingdom, with the aim of getting them to say positive things about scientific "knowledge" in the Qur’an. Zindani’s technique was described by Daniel Golden in an article for the Wall Street Journal:

His breakthrough came when one of his assistants, Mustafa Abdul Basit Ahmed, presented a leech to Keith Moore, a University of Toronto professor and author of a widely used embryology textbook.

Mr Ahmed wanted to show that a verse from the Qur’an, which states that God made man as a leech, was an apt simile to describe early human gestation as seen under a microscope. Mr Ahmed says Prof Moore was bowled over by the resemblance between the leech and the early embryo. Since the Qur’an predated microscopes, Prof Moore, son of a Protestant clergyman, concluded that God had revealed the Qur’an to Muhammad.

Moore was so impressed that in 1983 he produced an "Islamic edition" of his embryology textbook, "The Developing Human", which he described as containing the same material as the original version but with the addition of "numerous references to statements in the Qur’an and Sunnah about human embryology". The book is currently available on the internet, free of charge.

Zindani left King Abdulaziz University but in 1984 secured Saudi funding to establish the “Commission on Scientific Signs in the Qur’an and Sunnah”. Mustafa Abdul Basit Ahmed – the man who had presented the leech to Professor Moore – was then employed by the commission at $3,000 a month to travel around North America cultivating scientists, according to Golden.

The commission drew the scientists to its conferences with first-class plane tickets for them and their wives, rooms at the best hotels, $1,000 honoraria, and banquets with Muslim leaders – such as a palace dinner in Islamabad with Pakistani President Mohammed Zia ul-Haq …

During the course of their trips, scientists were presented with verses from the Qur’an to consider in the light of their expertise. Zindani then interviewed them about the verses in front of a video camera, pushing them to acknowledge signs of divine inspiration. Golden spoke to several who felt they had been tricked or manipulated. Here is one account:

Marine scientist William Hay, then at the University of Colorado, was assigned a passage likening the minds of unbelievers to ‘the darkness in a deep sea ... covered by waves, above which are waves.’ As the videotape rolled, Mr Zindani pressed Prof Hay to admit that Muhammad couldn’t have known about internal waves caused by varying densities in ocean depths.

When Prof Hay suggested Muhammad could have learned about the phenomenon from sailors, Mr Zindani insisted that the prophet never visited a seaport.

Prof Hay, a Methodist, says he then raised other hypotheses that Mr Zindani also dismissed. Finally, Prof Hay conceded that the inspiration for the reference to internal waves ‘must be the divine being’, a statement now trumpeted on Islamic websites.

“I fell into that trap and then warned other people to watch out for it,” says Prof Hay, now at a German marine institute.Years later, many of the comments from scientists targeted by Zindani are still circulated on the internet.

Zindani, who had long-standing ties to Osama bin Laden, eventually returned to Yemen where he became a prominent figure in the conservative/Islamist Islah party and founded the notorious Iman University, a Yemeni religious institution with about 6,000 students.

Thanks to the university’s research efforts, Zindani claims to have developed a herbal cure for HIV/AIDS. Since 2004, he has been listed by the US as a Specially Designated Global Terrorist, mainly because of his connections with Bin Laden and al-Qaida.