It is now abundantly clear that the Syrian regime was responsible for the Sarin attack that killed dozens of people in Khan Sheikhoun earlier this month.

A declassified intelligence assessment released by the French government yesterday establishes beyond any reasonable doubt that the type of Sarin used had not only been manufactured by the regime but had also been used by the regime earlier in the conflict.

This means the regime is in breach of the Chemical Weapons Convention which it signed under international pressure following the Sarin attacks on Ghouta in 2013. It also means that the regime either failed to disclose its entire chemical weapons stockpile to UN inspectors or that it has since resumed production.

Although there is already plenty of evidence pointing to the regime's culpability in the Khan Sheikhoun attack, the French report adds two important pieces of new information. First, that the Sarin used there had a distinctive chemical signature that was "typical" of Sarin made by the regime and, secondly, that regime forces had used the same type of Sarin in an attack on Saraqeb in 2013.

What makes regime-produced Sarin distinctive is the inclusion of hexamine – an unusual additive which the regime apparently chose as a chemical stabiliser.

Apart from Khan Sheikhoun, hexamine has been detected from other Sarin attacks in Syria, including the Ghouta massacre. There is no doubt that the regime has been using hexamine for production of chemical weapons, because it said so itself. During inspections in 2013 it handed over 80 tonnes of the substance for destruction.

In 2013 the UN investigated seven alleged Sarin attacks in Syria, including one at Saraqeb in April that year. The Saraqeb attack didn't attract much attention at the time – probably because only one person died – but its significance is that the attack can be clearly attributed to regime forces and not, as the regime usually claims, to rebel fighters.

A helicopter flying high over the town was reported to have dropped items at three locations. One object is said to have landed in the courtyard of a house where it “intoxicated” some of the family members. A 52-year-old woman who had been severely affected was transported to Turkey where she died. The UN's report said:

“During an autopsy that was observed by members of the United Nations Mission, samples of several organs from the deceased woman’s body were recovered for subsequent analysis. The results from most of these organs clearly indicated signatures of a previous Sarin exposure.”

At the time, the inspectors – who could not visit the site – were unable to reach any definite conclusions. Their report said the evidence suggested that chemical weapons had been used but "in the absence of primary information on the delivery system(s) and environmental samples collected and analysed under the chain of custody, the United Nations mission could not establish the link between the alleged event, the alleged site and the deceased woman".

However, the French report takes this story much further. Regarding the three objects dropped from the sky, it says:

"At the first point of impact, there were no victims. At the second point of impact, one person was killed and about 20 injured. An exploded grenade was found in the wreckage. Analysis of biomedical and environmental samples collected by the French services revealed the presence of compounds consistent with exposure to sarin. This analysis was confirmed
by the United Nations in December 2013.

"At the third point of impact, an unexploded grenade was found in a crater on a dirt track. This munition was very similar in appearance to that found at the second point of impact. Once the French services were sure of the traceability of the grenade, analyses were carried out.

"The chemical analyses carried out showed that it contained a solid and liquid mix of approximately 100ml of sarin at an estimated purity of 60%. Hexamine, DF and a secondary product, DIMP, were also identified." 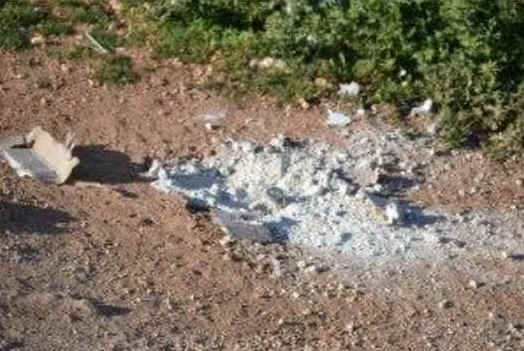 The French report also notes that only the Syrian armed forces had helicopters – the rebels had none – and that studies of the impact crater "confirmed with a very high level of confidence" that the object was dropped from the air.

Although the Saraqeb attack took place before Syria became a party to the Chemical Weapons Convention, the more recent Khan Sheikhoun attack points to cheating by the regime. The French report says:

Last week Israel claimed that the regime has retained "between one and three tons" of undeclared chemical weapons. The French report, meanwhile, says inspectors from the Organisation for the Prohibition of Chemical Weapons (OPCW) have been unable to obtain any proof of the veracity of Syria’s declarations. It adds: "The OPCW itself has identified major inconsistencies in Syria’s explanations concerning the presence of sarin derivatives on several sites where no activity relating to the toxin had been declared."