Redevelopment or counter-terrorism? The battle over Awamiyah 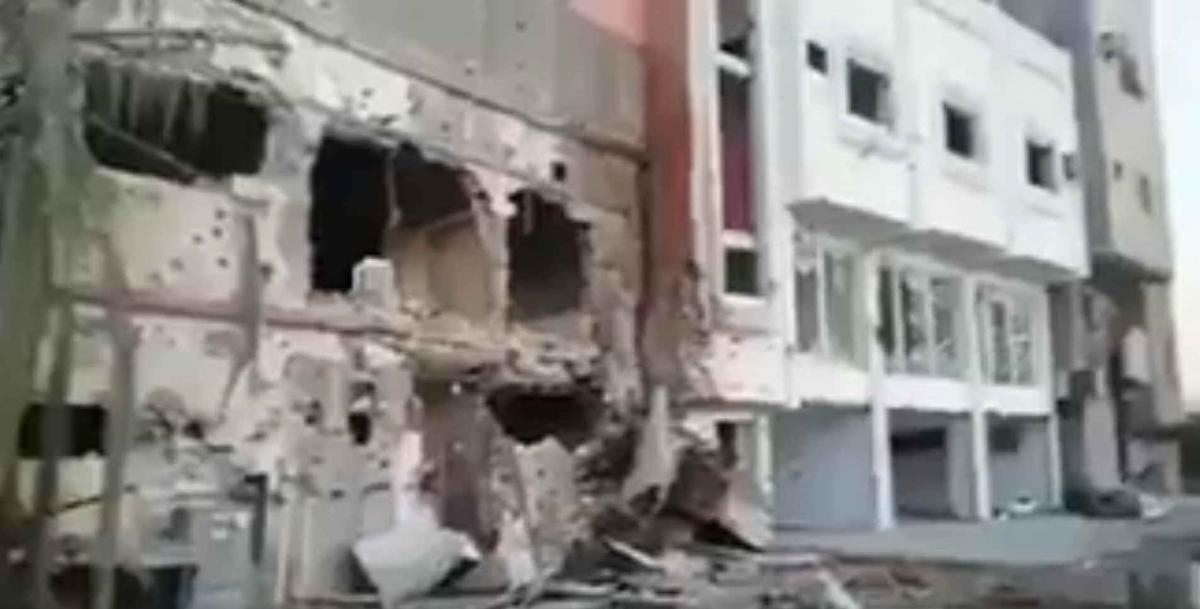 For more than a week clashes have been taking place in Awamiyah, a town in Saudi Arabia's predominantly Shia Eastern province. What began – ostensibly – as a redevelopment project is now being portrayed in Saudi media as an anti-terorrism operation.

Awamiyah has long been a centre of political unrest and was the home of Nimr al-Nimr, the prominent Shia cleric executed last year. Reports of the latest clashes come mainly from partisan sources – the Iranian Press TV and Hizbullah's al-Manar are both showing interest – but it's clear that several people have been killed, buildings have been demolished and security forces are restricting movement.

The Saudi version is that the authorities had embarked on a long-planned (and long overdue) attempt to improve the area – only to be met with a violent response. Writing for al-Arabiya, Turki Aldakhil says:

"The developmental projects which Saudi Arabia is carrying out in the Masura neighbourhood in Awamiyah are being confronted with intimidation from Iranian extremist cells and religious parties. Their aim is to provide safe havens for organisations in the abandoned houses whose dwellers left them or in the remains of ruined houses whose dwellers prefer to move out from towards developed neighbourhoods and vital areas.

"There’s no doubt that the old neighbourhood is damaged. For the past three decades, human rights organisations have spoken about the Saudi government's 'intentional negligence' towards several areas including Awamiyah.

"The government has been planning restoration and development works in Awamiyah for a while now. The terrorist phenomenon may have expedited the pace but the basis of the works is developmental and not security-related."

Some suspect the real aim is to disperse a politically hostile population but if, as Aldakhil claims, the scheme is basically "developmental" and apolitical, the authorities have gone about it in a way that was almost certain to provoke trouble.

Last month UN experts warned that the government's plans threatened "irreparable harm" to the historical and cultural heritage of the town's Masura quarter and could result in the forced eviction of numerous people from their businesses and homes. The experts complained about a lack of "meaningful consultation" with residents and accused the Saudi authorites of not considering "less damaging alternatives, like restoration", or giving adequate notice of their demolition plans.

Masura is a 400-year-old walled district which the UN regards as part of the kingdom's heritage and "of great interest" to researchers. “The area is of importance not only to local people and the entire cultural landscape of Awamiyah, but also has national significance for the history and cultural heritage of Saudi Arabia,” according to the UN Special Rapporteur in the field of cultural rights, Karima Bennoune. “The planned demolition would erase this unique regional heritage in an irreversible manner.”

Given its Shia connections, though, this is not the sort of heritage the kingdom's Sunni rulers are eager to preserve.

The demolition of Masura is said to be part of a larger development plan for Awamiyah which would replace homes and small businesses with commercial buildings – which raises the question of what will happen to the people who have been living there.

Leilani Farha, the UN Special Rapporteur on the right to adequate housing, said:

“Residents have been pressured in many ways, including through power cuts, to vacate their homes and businesses without adequate alternative resettlement options, leaving them at best with insufficient compensation and at worst, with nowhere to go.

“Demolitions must never lead to homelessness of the evicted persons, so the authorities have to ensure the provision of adequate alternative housing facilities, resettlement and compensation for lost property.”

“If implemented, the plan will remove people from the areas where they live and work, resulting in loss of livelihood and difficulty in securing housing.”

Meanwhile, the polarised media coverage of Awamiyah is also reflected on Twitter. Marc Owen Jones, who has previously investigated the use of robotic Twitter accounts to dilute or contaminate genuine debate on social media (here, here, here and here) reports several waves of suspicious activity – some of it anti-Saudi and some anti-Iranian:

"An analysis of the hashtag #حي_المسورة ('Al-Masura neighbourhood' – in Awamiyah), reveals that there are a significant number of suspicious accounts that may or may not be bots but are certainly either (1) paid tweets (2) multiple accounts operated by a specific group of people, or (3) bots."

Owen Jones's research showed spikes on certain dates when large numbers of accounts which later tweeted about Masura had been created:

"Closer inspection revealed it was unlikely/impossible that the spikes reflected actual individual humans setting up the accounts...

"The whole issue raises questions about the prevalence of certain people or institutions with ideological positions distorting the debate on Twitter by either creating or paying for the distribution of sectarian or partisan ideological content."