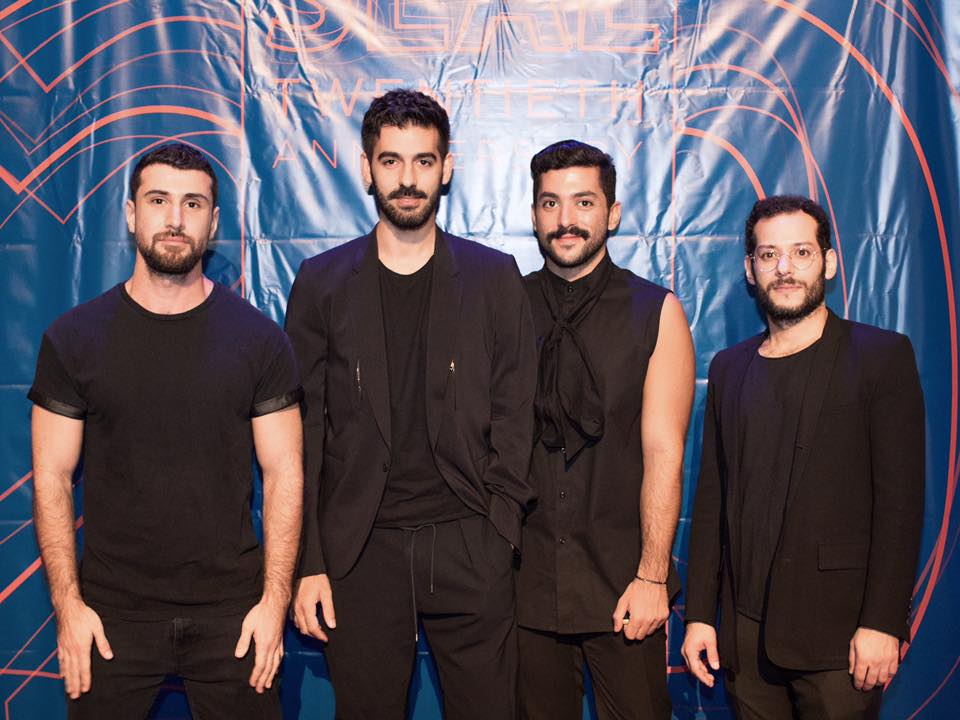 When Mashrou' Leila, a Lebanese band whose lead singer is openly gay, performed in Cairo on September 22 several members of the audience waved rainbow flags. Religious leaders, politicians and sections of the Egyptian media were horrified and demanded swift government action. The authorities responded by rounding up people suspected of being gay and ordering local media not to show any sympathy for LGBT rights. According to latest reports 32 men and one woman have so far been arrested.

Over the course of the last 10 days, we had opted to remain relatively silent on the situation in Egypt, after consulting with various Egyptian activists, and human rights organizations, for fear that a statement from us would risk further inflaming the situation, and the brutal trespasses on concert goers, activists, and the LGBTQ+ community. It has however become rather apparent in the last 48 hours that the state apparatus is hell-bent on executing the most atrocious of human rights violations.

For those of you who have not been following up on the events going on in Egypt, please scroll down.

We cannot begin to explain how saddened we are to see yet another era of backwards tyranny creep over one of our most beloved countries and audiences.

This crackdown is by no means separable from the suffocating atmosphere of fear and abuse experienced by all Egyptians on a daily basis, regardless of their sexual orientations.

We denounce the demonization and prosecution of victimless acts between consenting adults.

It is sickening to think that all this hysteria has been generated over a couple of kids raising a piece of cloth that stands for love.

The amount of boastful ignorance, hate speech, and lies that have emerged in the press is unthinkable. We urge the Egyptian press to wake up to the catastrophe that they’ve generated and take responsibility for the inflammatory lies that they’ve published over the last 10 days.

We denounce the hate speech that has been adopted by both the state and the media.

We denounce the apathy that we’ve witnessed from various civil society organizations. The state is currently rounding up kids and violating their bodies. This is not a time for silence, nor is it a time for condescendingly discussing identity politics. Silence is consent.

We call on cultural producers, musicians, and activists, inside and outside Egypt, to express their solidarity with the Egyptian community during this horrible time. This is no longer something any of us can afford to ignore.

We need an internationalist solidarity movement bent on pressuring the Egyptian regime to immediately halt its ongoing witch-hunt and release all detainees.

We reiterate our unwavering support to the Egyptian people in this horrible time. We’re heartbroken that the band’s work has been used to scapegoat yet another crackdown by the government.

We apologize to our fans for having to endure yet another attack.

● Following a rather ugly smear campaign in the Egyptian press, we played a concert in Egypt on the 22nd of September that was attended by upwards of 35 thousand people. The line-up included another Jordanian band, and an Egyptian local band.

● A couple of audience members raised rainbow flags during the concert.

● What followed was the most aggressively homophobic media frenzy we’ve ever witnessed. State sponsored news outlets and various independent outlets alike, took the opportunity to publish vile articles promoting hate speech and dividing the Egyptian community, while repeatedly publishing false news about the band and about non-normative sexualities, with inflammatory headlines. This was also echoed by an equally brutal social media attack on the band, our friends and families, and most relevantly, our fans in Egypt.

● News coming out of Egypt for the first few days was inconsistent and self-contradictory, as the horrid lack of professionalism in the Egyptian press created a thick fog of intentionally false news to try to further incense public opinion.

● What first appeared to be an irresponsible media frenzy, proved to be more tactical than coincidental, as reports began to surface that the police then moved to arrest upwards of 35 people (activists, teenagers, and people suspect of being LGBTQ+) in the past 10 days. Some were lured over dating apps, a vile entrapment technique repeatedly used by the Egyptian police.

● Kids are being arrested in scores and put to summary trials. Reports show that some have even already been sentenced to double the maximum amount of prison time usually sentenced (6 years).

● Though homosexuality is not explicitly criminalized in Egypt, people are being tried for “debauchery” and “incitement of debauchery.”

● In an attempt to further gag any kind of dissent/opposition/disagreement, the state then moved to ban all forms of support towards the LGBTQ+ community on any and all media outlets, continuing to falsely call homosexuality a “disease,” and called for further shunning all homosexuals, save for those who appear to have “repented.” This is part of a larger trope of some believing homosexuality to be “curable.”

● It is important to note that all sorts of conversion therapy have been proven not only ineffective, but also seriously damaging and harmful, both to victims of the “therapy” itself, and to society at large. This too is a shockingly unethical move from the state, and has absolutely no basis in science.

● Furthermore, various media outlets and members of both the police and government have created an overblown social panic, and are now leveraging that panic to witch-hunt leftist activists and human rights activists, by suggesting that proponents of basic human rights are a danger to society.

● The band has been banned from playing in Egypt again. Local press rushed to justify the state’s censorship by making it look like “several countries have previously banned” us from playing. This is a lie. The only other country that has been that belligerently averse to freedom of expression is Jordan, whose human rights track-record where freedom of press, freedom of speech, and freedom of expression, are by no means exemplary.

This is an extremely simplified account of the horrors we’ve been witnessing over the last week. For a more detailed account of the situation we urge you to look at the statements by the Egyptian Initiative for Personal Rights, Human Rights Watch, and Amnesty. We’ve also found the most accurate reporting on the situation to be coming out of Mada.