Saudi court says no one to blame for Mecca crane disaster 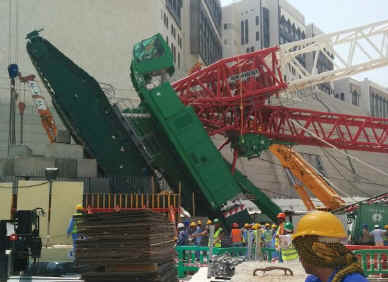 In an uncharacteristically magnanimous decision, a Saudi court has cleared 13 people of blame for the disaster that struck Mecca two years ago when a crane toppled on to the Grand Mosque, killing more than 100 people.

The crane had been operated by the Saudi Binladin company (founded by Osama Bin Laden's father) which was doing construction work in the area around the mosque.

Shortly after the accident, a report by its Swiss-based manufacturer, Liebherr, said the crane, which stood just over 200 metres tall, was blown over backwards during a storm because it had not been properly secured. Liebherr described this as a tragic reminder of the influences that wind has on cranes and the need for "unconditional compliance with the appropriate regulations mentioned in the operating instructions".

"The crane had only been used sporadically prior to the incident and was left out of service with boom and jib both fully elevated when all of the crane's instructions clearly state that when such [weather] conditions are expected the jib and ideally the boom should be lowered." 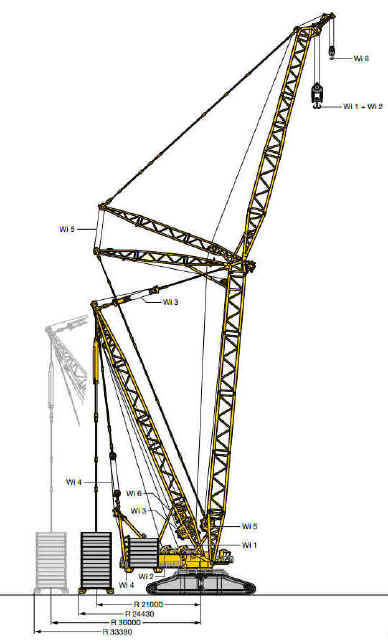 In the wake of the accident, the Saudi authorities issued tighter rules for crane operators and the Binladin company was temporarily suspended from government contracts. However, legal action against those suspected of negligence has proved a trickier matter.

Fourteen people connected with the Binladin company were initially put on trial last year, accused of  “negligence leading to death, damaging public property and ignoring safety guidelines”. None of them were named but local media said they included at least one Saudi billionaire and nationals from Pakistan, the Philippines, Canada, and several Arab countries. Their defence lawyers sought a ban on newspaper reporting of the case, but the judge refused.

Eventually the court decided it had no jurisdiction to rule on allegations of “safety breaches” and dismissed the charges against 13 of the defendants. It is not known what happened to the fourteenth defendant.

The Saudi attorney general appealed against the verdict and in May this year a retrial was ordered.

Mecca's criminal court has now considered the case for a second time and, once again, has acquitted all thirteen. The reason given this time is that the defendants were not aware of the weather at the time of the crane's collapse.

The verdict is described as "preliminary" and a further appeal is possible. Given the high-profile nature of the case and the huge number of casualties involved, an appeal seems very likely.