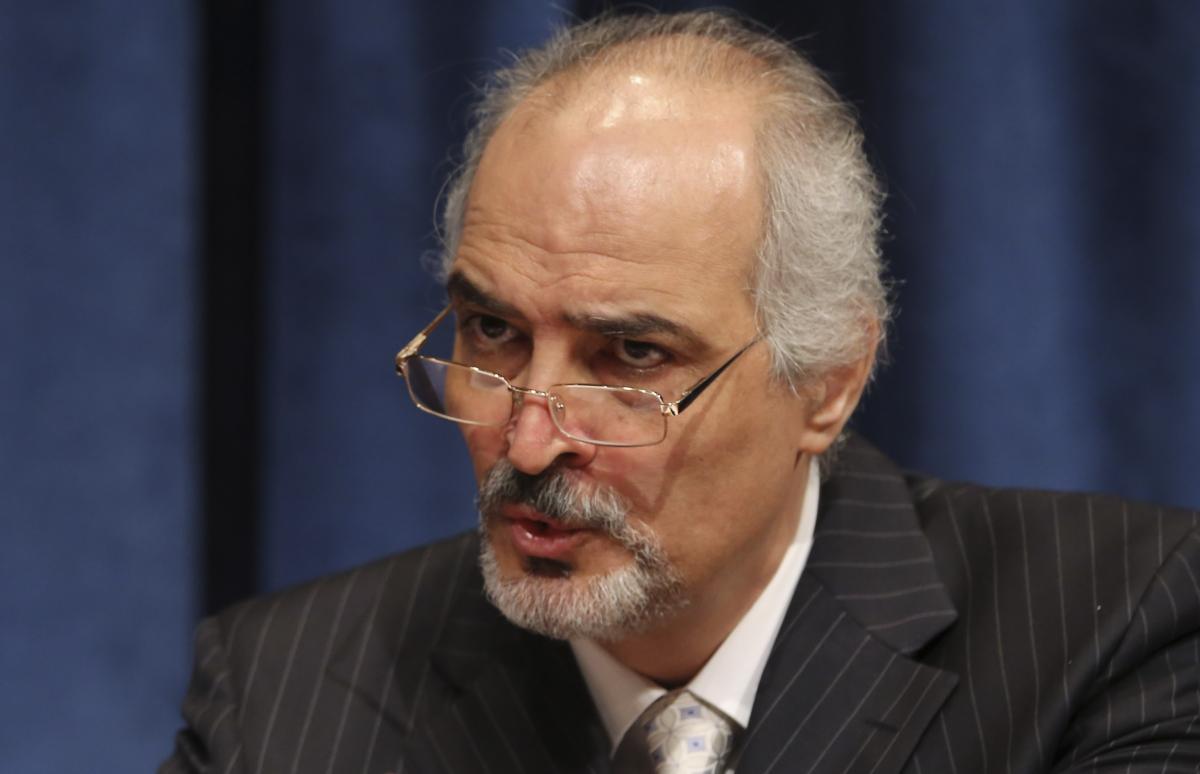 At a recent meeting of the UN security council Syria claimed the US and France now doubt that the Assad regime has ever used chemical weapons. The claim was false but it provides an interesting example of how propaganda can be created.

Speaking on February 14, Syria's representative at the UN, Bashar Ja'afari, told the council:

"One of the most important political magazines, the American Newsweek, published an article on 8 February written by Ian Wilkie entitled 'Now Mattis Admits There Was No Evidence Assad Used Poison Gas on His People'.

"The United States Secretary of Defence admits in that article that there is no proof of the use of toxic gas by the Syrian government against its people, neither in Khan Shaykhun [last year] nor in Al-Ghouta in 2013."

Mattis had said no such thing. In fact, he said the Assad regime was to blame for both attacks.

Laboratory tests by the Organisation for the Prohibition of Chemical Weapons (OPCW) have previously established that the sarin involved was of a type manufactured by the regime.

Ja'afari's claim arose out of a news conference at the Pentagon on 2 February where Mattis was questioned about reports of recent chemical attacks in Syria using chlorine.

"Is this something you're seeing that's been weaponised?" a reporter asked.

"It has," Mattis replied, adding that the deadly nerve agent sarin may have been used too: "We are more – even more concerned about the possibility of sarin use, the likelihood of sarin use, and we're looking for the evidence."

Mattis explained that there were "reports from the battlefield" from people who claimed sarin had been used. but added: "We do not have evidence of it. But we're not refuting them; we're looking for evidence of it."

He said the American suspicions of renewed sarin use arose partly out of the Assad regime's previous behaviour: "they were caught using it" during the Obama administration (a reference to the Ghouta attacks in 2013) and "they used it again" after Trump became president (Khan Sheikhoun in 2017).

Mattis's phrase, "We do not have evidence", was clearly referring to the allegations of new chemical attacks but the Russian propaganda channel, RT, latched on to it and re-purposed it in a report which began:

"Washington has no evidence that the chemical agent sarin has ever been used by the Syrian government, Pentagon chief James Mattis has admitted" (italics added).

A few days later Newsweek magazine published a similar claim, with an article headed: "Now Mattis admits there was no evidence Assad used poison gas on his people".

"Mattis offered no temporal qualifications, which means that both the 2017 event in Khan Sheikhoun and the 2013 tragedy in Ghouta are unsolved cases in the eyes of the Defense Department and Defense Intelligence Agency."

This was completely untrue, as Wilkie would have seen if he had bothered to check the transcript of the news conference. Despite numerous people pointing out Wilkie's error, Newsweek did not withdraw the article or add a correction. Instead, 10 days later, it published a second article from Wilkie claiming "the Assad regime’s culpability is vastly under-proven by the public evidence". Newsweek described Wilkie as "an international lawyer and terrorism expert and a veteran of the US Army (Infantry)".

In his speech to the UN, Ja'afari then went on to claim Mattis's misreported words had been corroborated by France:

"The French Minister of Defence, Florence Parly, also said yesterday, like her American counterpart, that there is no documented proof of the use of chlorine gas by the Syrian Government."

A closer look, though, shows that Parly's words had also been twisted.

Last May, shortly after becoming president of France, Emmanuel Macron said he viewed chemical weapons as a red line: "Any use of chemical weapons would result in reprisals and an immediate riposte, at least where France is concerned."

In a radio interview on 9 February, armed forces minister Parly was asked, in the light of fresh reports about chemical attacks, if Macron's red line had now been crossed. (The original transcript in French is
here.)

Interviewer: Do you have confirmation, I mean confirmation, that barrels of chlorine have been used by Syrian regime forces against Syrian civilians?

Minister: We have possible indications of chlorine use, but we do not have absolute confirmation, so it is this confirmation work that we are doing, with others elsewhere, because obviously the facts must be established.

Interviewer: Last May Emmanuel Macron indicated that a very clear red line – I'm quoting – existed on our side, on the side of France, and therefore use of a chemical weapon by anyone – I'm still quoting the president – would be the object of reprisals and an immediate response from the French. We are there, aren't we?

Minister: Exactly, we can't say it with certainty, and that is what we must achieve.

Interviewer: So, for the moment, for lack of proof, the red line has not been crossed?

Use of chlorine as a chemical weapon is more difficult to confirm than sarin through laboratory tests, which may partly explain the French minister's hesitancy.

In 2014, however, a fact-finding mission from the OPCW concluded "with a high degree of confidence" that chlorine had been used:

"Thirty-seven testimonies of primary witnesses, representing not only the treating medical professionals but a cross-section of society, as well as documentation including medical reports and other relevant information corroborating the circumstances, incidents, responses, and actions, provide a consistent and credible narrative.

"This constitutes a compelling confirmation that a toxic chemical was used as a weapon, systematically and repeatedly, in the villages of Talmanes, Al Tamanah, and Kafr Zeta in northern Syria. The descriptions, physical properties, behaviour of the gas, and signs and symptoms resulting from exposure, as well as the response of the patients to the treatment, leads the FFM [Fact-Finding Mission] to conclude, with a high degree of confidence, that chlorine, either pure or in mixture, is the toxic chemical in question."