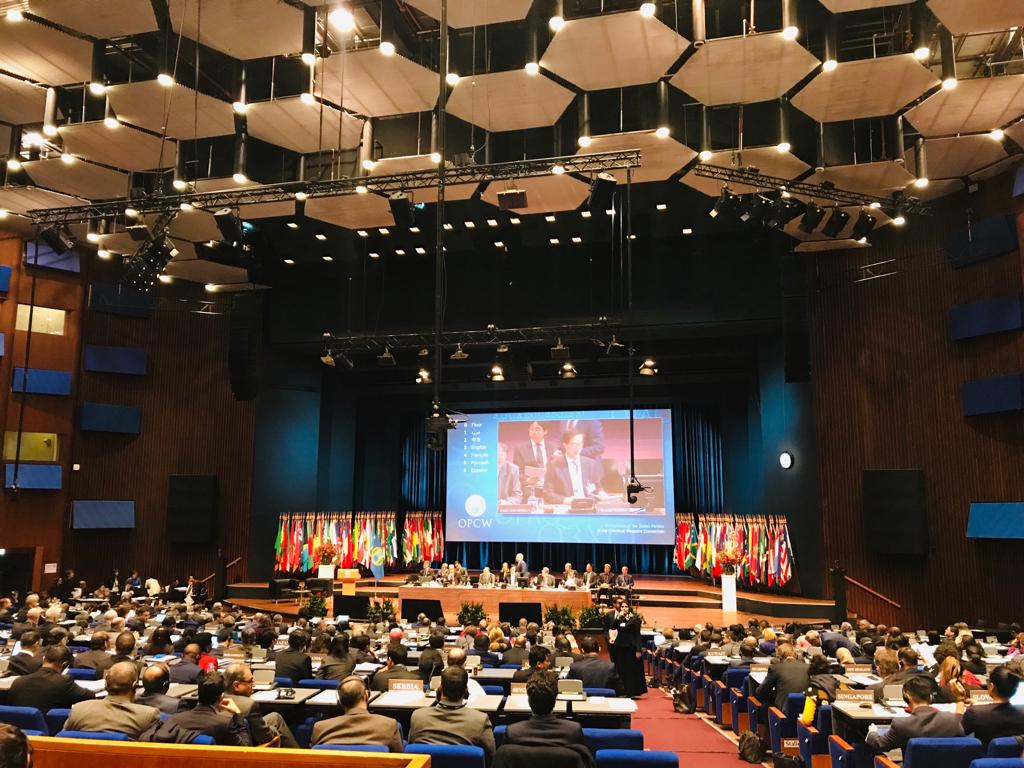 A Russian-led move to restrict investigation of chemical attacks in Syria was heavily defeated at the Chemical Weapons Convention review conference in The Hague on Tuesday.

As a result, the Organisation for the Prohibition of Chemical Weapons (OPCW) will now be able to carry out further investigations aimed at determining who was responsible for the attacks.

A team of 10-12 investigators, supported by experts and chemical inspectors already employed at the OPCW, is expected to start work early next year. Extra money has been allocated for this purpose in the organisation's 2019 budget and, according to Russian reports, the amount is $2.4 million.

Since 2014 the OPCW's Fact-Finding Mission has issued numerous reports on alleged chemical attacks in Syria but its mandate was only to establish what happened, and not to apportion blame.

In 2015, in an effort to remedy that omission, the UN Security Council established a special UN/OPCW body known as the Joint Investigative Mechanism (JIM). The JIM had instructions to "identify to the greatest extent feasible individuals, entities, groups, or governments who were perpetrators, organisers, sponsors or otherwise involved in the use of chemicals as weapons, including chlorine or any other toxic chemical, in the Syrian Arab Republic".

Last year the JIM issued a report blaming Syrian government forces for a sarin attack in Khan Sheikhoun. It also decided ISIS fighters were responsible for an attack in Umm Hawsh involving sulfur mustard. The JIM had been proposing to report on other attacks too but Syria and Russia were unhappy with its activities and Russia eventually shut it down by vetoing the Security Council's renewal of its mandate.

This prompted other countries to look for alternative ways of continuing the investigation. In June this year a special session of states parties to the Chemical Weapons Convention overwhelmingly approved a British proposal to change the OPCW's mandate, allowing it to identify those responsible for attacks. The change needed a two-thirds majority to pass but despite opposition from Syria and obstructive tactics from Russia and Iran, 82 countries voted in favour and only 24 against.

While the vote in June gave the OPCW power to attribute blame it did not provide a mechanism for doing so – and that, basically, was what yesterday's wrangling in The Hague was about.

A proposal by Russia and China apparently aimed at obstructing the creation of an "attribution mechanism" was resoundingly defeated by 82 votes to 30, with 31 abstentions.

The 2019 budget – including extra money for the investigative work – was eventually approved by 99 votes to 27 after a series of amendments put forward by Russia and Iran had been defeated. A detailed account of the meeting can be found here.