UN envoy's task in Yemen: is it mission impossible? 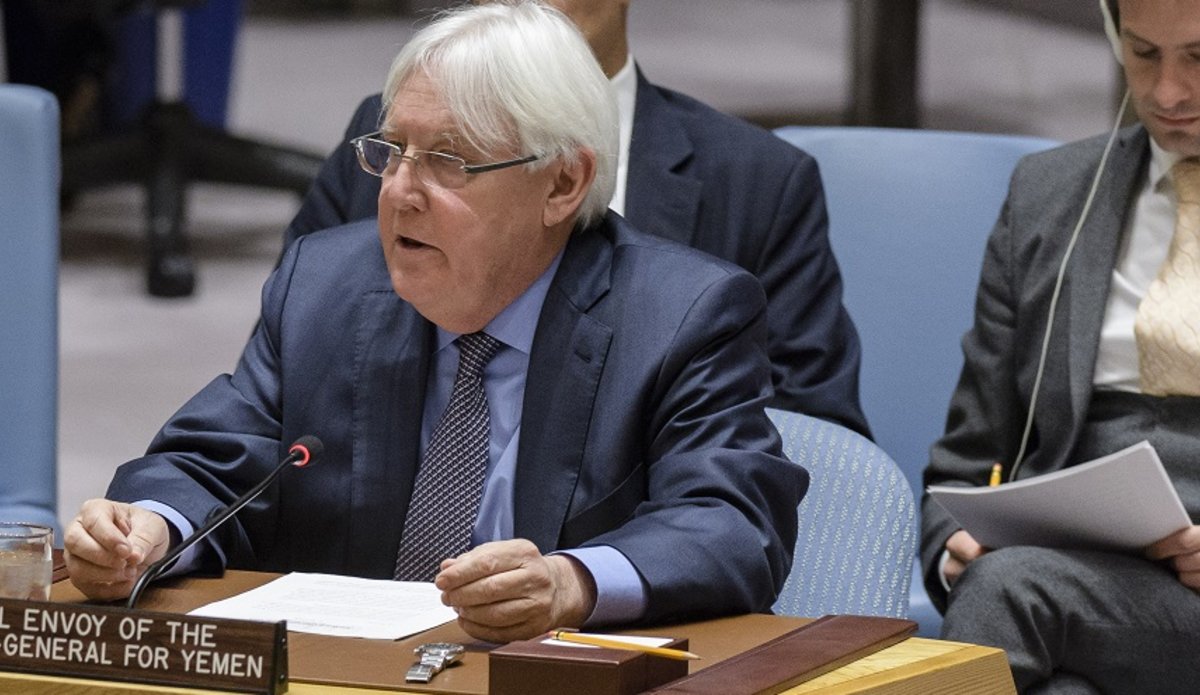 Writing in the New York Times on Monday, Martin Griffiths, the UN's special envoy for Yemen, outlined "seven elements" that "will necessarily underpin any agreement to end the war". The components for a peace deal are "in plain sight", Griffiths said – and few would disagree with them as goals. The problem, though, is that they are so far removed from Yemen's current reality as to be almost unachievable, at least in the short-to-medium term.

Griffiths' basic message is that peace depends on Yemen becoming a radically different country from what it was before the war, and on its Gulf neighbours to start behaving differently too.

Let's take the points one by one. Griffiths says:

"First, the monopoly on force must be returned to the government of Yemen. No Yemenis outside the state should be allowed to use violence to achieve their ends. This is a simple but absolute requirement. The militias that fight over Yemen’s land must be replaced by the exclusive authority of the state. This can be achieved through a process overseen by the United Nations of gradually transferring weapons from the militias to the new government."

Griffiths is right that this is an "absolute requirement" but it's far from simple. The monopoly on force can't be "returned" to the central government, because it never existed in the first place. The Yemeni state has historically been weak, and people are armed because they can't trust the state to protect them. "Customary" or tribal law operates in parallel with the laws of the state, and the tribes enforce it.

Local militias won't be successfully dismantled unless or until there's something to replace them that inspires people's confidence, but the state (even without a war going on) does not have the resources to provide that.

"Second, the government must be more than a coalition. It must be an inclusive partnership among the political parties that now take different sides. This is the state that will require that differences be resolved through politics and that force is its servant and not its threat."

This is fine in principle but it hinges on Griffiths' first point. So long as substantial amounts of weaponry remain in non-state hands, politics will never be the only game in town.

"Third, the government must ensure that its country will not be used for attacks on neighbours or even those beyond. This must be a compact between Yemen’s new leaders and its neighbourhood."

The question here is how long such an agreement could hold – it would need a substantial change in attitudes on all sides. The Houthis would have to accept the internationally recognised border with Saudi Arabia, including the ethnically Yemeni areas ceded to the Saudis in 1934. Gulf states – primarily Saudi Arabia, Iran and the UAE – would also have to stop using Yemen to play out their rivalries.

"Fourth, the government will adopt and uphold its historic responsibility of ensuring the safety of the trade that has for millenniums depended on the security of its seas. Yemen will police its borders, and it will be supported by those who benefit from this assurance."

Look at the map. Yemen has hundreds of miles of land borders and coastline which it has never had the resources (or sometimes the inclination) to police effectively. International support would be vital but also costly and even then it would probably not eliminate corruption at the borders.

"Fifth, the people of Yemen will eliminate and outlaw from its territory the terrorist threat that even now we see."

Not everyone in Yemen sees terrorists as a threat: some find them useful. In the 1994 north-south conflict, for example, jihadists helped President Saleh defeat the southern forces. Later, under the pretence of fighting al-Qaeda, Saleh obtained weapons from the US which he then used against his political foes. Today, the "legitimate" government's military chief, Ali Muhsin al-Ahmar, is often accused of having links with Islamist militants.

"Sixth, Yemen’s neighbours will guarantee the prosperity and stability of its population through trade and the generosity that will remove the scars of this war."

First and foremost, Yemen's neighbours will pursue their own interests and will treat Yemen in whatever way appears to suit those interests. Prosperity and stability doesn't necessarily come into it, as the history of Yemeni-Saudi relations shows.

"Finally, it will be the people of Yemen and their leaders who decide on the future of the state. No others need apply. The future shape of Yemen can, and indeed should, be determined only by Yemenis free of the duress of war and willing to negotiate the future of their country in good faith."

This is the ultimate paradox. Yemen cannot escape from its current mess without a lot of help from outside. But the more it depends on outsiders the less able it will be to chart its own future.