Did Israeli bombing destroy evidence of chemical weapons in Syria? 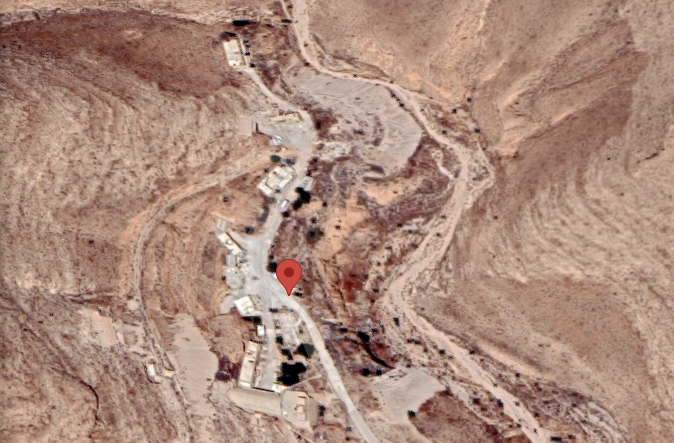 Although the paper's story is based on unnamed intelligence sources, information from elsewhere suggests it's probably true. Syrian government media reported Israeli bombing at the time (though without mentioning a chemical weapons connection) and satellite imagery shows one of the sites, known as Nasiriyah1, was damaged sometime between June 6 and 9. The bombing is said to have occurred shortly before midnight on June 8.

A month later, Syria sent a one-page note to the OPCW – the global chemical weapons watchdog – saying the Nasiriyah site had been "flagrantly attacked by the Israeli enemy using missiles". It also said the attack had destroyed two gas cylinders at the centre of OPCW investigations into an alleged chlorine attack on Douma in 2018.

Syria joined the Chemical Weapons Convention in 2013 under international pressure following a nerve agent attack on Ghouta which killed hundreds of people. Joining the Convention meant it then had to declare all chemical weapons in its possession, together with the production facilities, and destroy them under OPCW supervision.

The regime's initial declaration was incomplete and eight years later, despite some additions, OPCW inspectors have still not certified it as complete. Further investigations have shown that Syria retained some of its stockpile and/or secretly resumed production.

The Nasiriyah site was of particular interest to the OPCW because it housed one of several chemical weapons production facilities which had been sealed after Syria declared them. Although the regime claims the Nasiryah site had never begun production the OPCW has since discovered evidence casting doubt on that claim.

According to the regime, the two cylinders from Douma were among "losses" sustained in the Nasiriyah attack. The OPCW had been seeking to transport them to its headquarters in the Hague for forensic examination but the Syrian authorities were refusing to allow them out of the country. As a result of that stand-off the cylinders had been placed in sealed containers and stored at a location 60km from Nasiriyah. The Syrians were told not to tamper with them or move them without written consent from the OPCW.

So far, Syria has refused to explain how the cylinders came to be in Nasiryah – and we only have the regime's word that they were actually there. Blaming Israel for their destruction does seem a rather convenient way of eliminating them from the OPCW's ongoing investigation.

Surprisingly, the Washington Post's account does not mention the difficulties Israel's alleged bombing has caused for the OPCW.

Israel is known to carry out attacks in Syria from time to time, though it doesn't discuss them publicly. They mostly target Iranian-linked elements operating in the country. The Washington Post says Israel decided to attack chemical facilities because of "grave concerns" that a reconstituted chemical weapons programme in Syria would pose a direct threat its security.

The Israeli concerns are said to have begun two years ago when Syria imported large quantities of tricalcium phosphate (TCP) – a chemical which has plenty of civilian uses but can be easily converted into phosphorus trichloride, a precursor for the nerve agent sarin. As a result of that discovery, according to the Washington Post, Israel bombed a site near Homs in March 2020.

It's unclear why the TCP was seen as a threat to Israel specifically. Syria has had chemical weapons since the 1970s and although it originally began developing them as a relatively cheap way of countering Israel's nuclear weapons progamme, it has so far only used them against its own citizens.

Whether Israel's reported fears were well-founded or not, unilateral action of this kind undermines collective efforts to police the Chemical Weapons Convention through the OPCW – the international body created for that task. Israel, however, is not a full member of the Convention. It signed in 1993 but has never ratified. Three other countries – Egypt, South Sudan and North Korea have neither signed nor ratified.