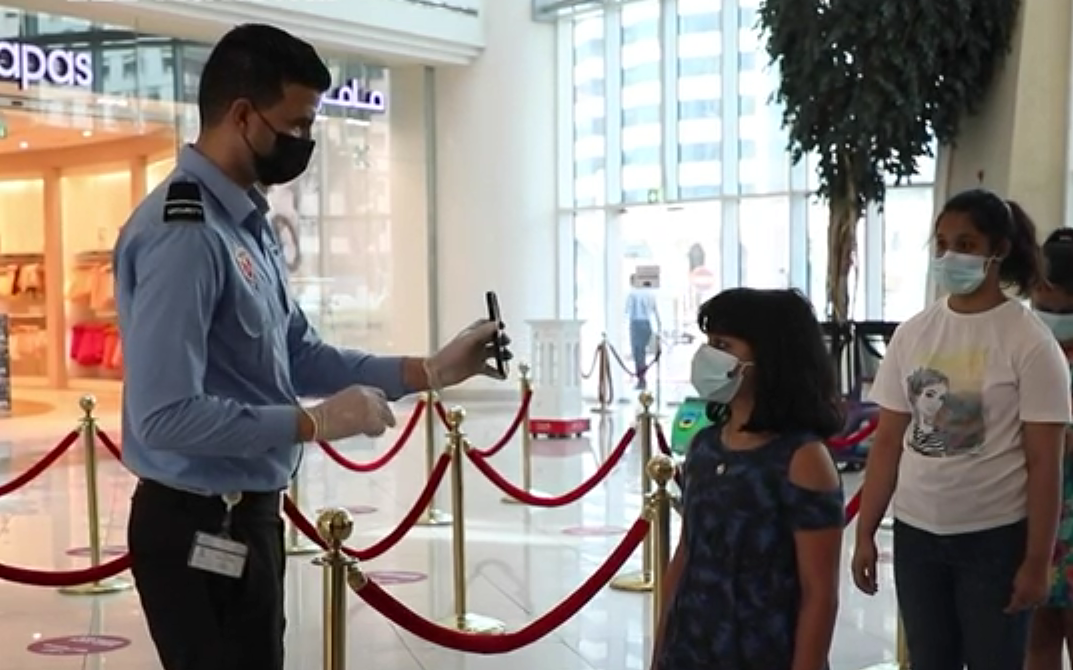 On Sunday the Gulf emirate of Abu Dhabi began using a new Covid-19 "scanning" system to check people arriving by road from neighbouring Dubai. The system is a local invention and if it lives up to the claims made by its supporters it could revolutionise testing methods.

Known as Exponential Deep Examination (EDE), it is said to be capable of spotting Covid infections in just 50 milliseconds from a distance of up to five metres.

It was approved last summer by Abu Dhabi's health department following a pilot trial involving 20,000 people "conducted at various locations in the emirate, including the Ghantout entry point, select public locations on Yas Island, and entry/exit points in the Musaffah area". According to the department it can identify infected people with 90% accuracy and non-infected people with 83% accuracy.

The system was developed in Abu Dhabi by EDE Research Institute – in which another Abu Dhabi firm, International Holding Company (IHC), recently acquired a 50% stake. The chair of IHC is Sheikh Tahnoun bin Zayed Al Nahyan, a member of the ruling family who serves as the UAE's National Security Adviser.

The main attraction of the system is that it's very quick and easy to use. A smartphone app linked to an "artificial intelligence" sensor is pointed at the person being checked and responds with a green or red signal. This could be especially useful for checking large numbers of people at public events and before its introduction at checkpoints it was already being used at shopping malls, cinemas and other places in Abu Dhabi.

Despite the obvious enthusiasm in Abu Dhabi there is very little public information about what the technology does. The health department says it "can detect a possible Covid-19 infection by measuring electromagnetic waves, which change when the RNA [ribonucleic acid] particles of the virus are present in the person’s body, therefore providing an immediate result".

Based on the scanty information available, two Indian scientists have dismissed this as nonsense. One of them, Sankaran Krishnaswamy, a visiting professor at Madurai Kamaraj University who is an expert in computational biology, told The Quint website: "It seems either the Abu Dhabi government is being taken for a ride or they are taking people for a ride." He explained:

"The only way electromagnetic radiation could distinguish RNA would be by absorption but this would be so small and undetectable at these ranges and levels. How would the cell RNA be differentiated from viral RNA?

"All RNA molecules would behave the same irrespective of whether it is viral RNA or cellular RNA. Unless there is a high local concentration of virus that changes the RNA concentration in the cells of the nose, throat and lungs it will not make any detectable change. From a five-metre distance such changes would be extremely difficult to find out."

EDE Research Institute offers no further enlightenment on its website. It boasts that the system is innovative, rapid, safe and non-invasive and avoids the need for biological samples or chemical reagents but it doesn't provide clear evidence of its effectiveness in detecting Covid.

In the absence of published scientific data, rumours have begun circulating that the "electromagnetic waves" are basically a cover story and that the system measures body temperature and uses facial recognition to check people's vaccination records.

Interestingly, EDE Research Institute says on its website that it can provide both temperature-checking and facial recognition technology for use by ports, airports and railways. However, the authorities in Abu Dhabi deny that their Covid-detection system identifies the people it scans or captures any personal information about them.

● Readers with knowledge or expertise that might cast further light on this puzzle are welcome to get in touch.