Muslim who converted to Christianity faces execution for apostasy in Libya 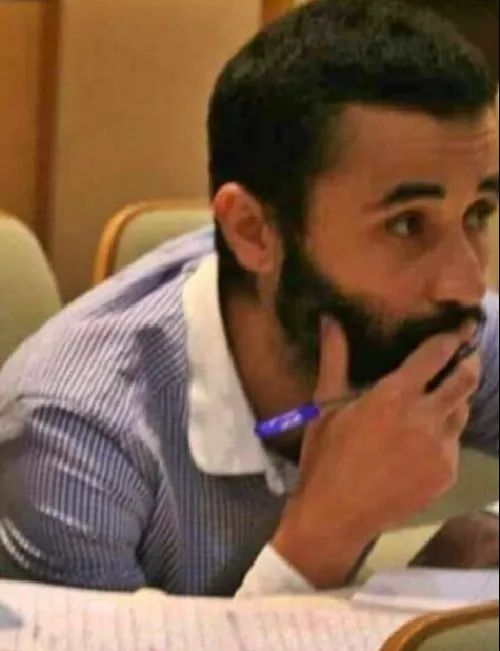 A man has been sentenced to death in Libya after converting from Islam to Christianity, according to local news reports.

Details are scarce, but Dhiaa al-Din Ahmed Miftah Balao – described as an information technology graduate – appears to have previously been a devoted Muslim and is said to have memorised the entire Qur'an. It's unclear how his conversion to Christianity came to the attention of the authorities.

Reports say a court in Misrata ordered to repent and return to Islam. When he refused the court found him guilty of apostasy and the death sentence was announced on September 4.

The reports also say there's a dispute about the law that was used to convict him. The relevant law (No 20 of 2016) was supposedly repealed in 2020 but there are questions as to whether the repeal was legally valid. 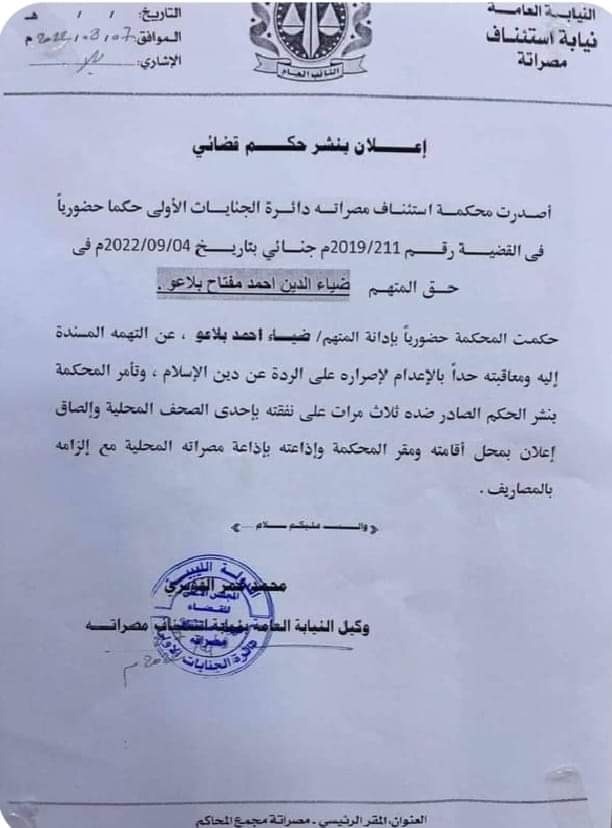 Apostasy (irtidad or ridda in Arabic) is something that Muslims either welcome or condemn, depending on the circumstances. They welcome it when an ex-Christian converts to Islam but when a Muslim leaves Islam it is often regarded as a serious crime.

There are differences of opinion, however, over what constitutes apostasy in Islam and what punishments, if any, should apply. The Qur’an provides no clear-cut ruling and a much-quoted verse says: “There is no compulsion in religion.” Others counter with a remark attributed to the Prophet: “He who changes his religion should be killed.” Some argue that apostasy involves more than simple disbelief and should be viewed in its historical context during the lifetime of the Prophet.

According to Professor Abdelmouti Bayoumi of the Islamic Research Academy in Cairo, renouncing Islam is not enough, on its own, to merit execution. Interviewed by the BBC, he said the death penalty would only apply if an apostate was found to be working against the interests of a Muslim society or nation. In effect, the apostate would not be punished for disbelief but for treason.

Morocco’s Supreme Scholarly Council (a body functioning under government auspices) adopted a similar position in 2017, arguing that in the historical context of early Islam apostasy was primarily a political offence. “The most correct understanding of the apostasy issue,” it said, “resides in the spirit of the tradition and of Prophet’s biography, who by apostate means the traitor of the group (khā’in al-jamā’), the one who reveals its secrets and hurts it with the help of its opponents – what is equivalent to high treason under international law.”

Based on the Moroccan scholars’ ruling, renouncing Islam would not amount to apostasy unless there was also some accompanying threat to the wellbeing of the community. While that distinction might appear to be a step forward by exonerating those who simply abandon the faith, it still leaves questions about the dividing line between “religious” and “political” apostasy – and there are some Muslims who interpret the “treason” element so broadly as to include even public expressions of disbelief.

In the words of Abdelsabour Shahin, an Islamist writer and academic at Cairo University, “if someone changes from Islam to kufr (unbelief), that has to remain a personal matter, and he should not make it public”. But if someone goes public with his apostasy it “amounts to fitna [sedition, or civil strife]; he is thus like someone fighting Islam, and should therefore be killed”.