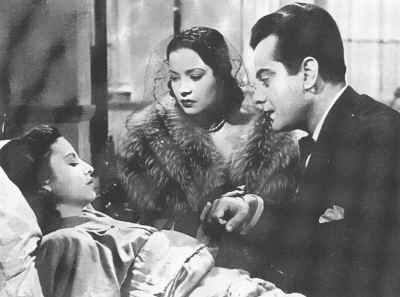 Birth of a film industry

The historical notes below were issued by Channel Four television to accompany a season of Arab films shown on British TV in the late 1980s.

Within the Arab world, the Egyptian cinema has always dominated the screen with its prolific production of mass audience films on the same lines as those of Hollywood. By 1917 there were 80 cinemas in Egypt and by 1925 an impulse of ‘national capitalism’ led to the Misr Bank’s involvement. The first ‘Egyptian’ film is considered to be Leila, by Stephan Rosti (1927). It is a story of love, misuse, betrayal and downfall and was the first in a long line of melodramas. Its star, Aziza Amir, became one of the Arab world’s successful women producers of whom Assia Dagher is probably the best known.

But Egypt’s cinema really took off with the introduction of sound during the 1930s. The radio had already made Egyptian singing stars famous throughout the Arab world and powerful record companies like Odeon and Baidaphone "encouraged the singers they had under contract to appear in films which they co-produced" (Abbas Fadhil Ibrahim). Unused to Egyptian Arabic, the public in other countries (where often slightly different dialects are spoken) went to the cinema to see their favorite stars singing - ’Umm Kalthoum, Mohamed Abd el Wahab, Leila Mourad reigned supreme to the end of the 1940s.

Abd el Wahab was also a great composer of Arab music and successfully brought to the cinema the rhythms and tempos of jazz and Latin American dance, to lighten the traditional recitative form this music (with its overture, slow rhythm and duration of up to 20 minutes.) was successful and very popular in live performance, but made the films somewhat static - particularly those of ’Umm Kalthoum, one of its greatest exponents. Other popular singing stars include Chadia (who made 72 films), Abdelhalim Hafez, Farid el Atrache and his sister, Asmahan, whose promisingly great career was curtailed by her death in a car crash.

During the 1930s, the Misr Bank further financed production by sending technicians abroad for training and setting up the Misr Studio in 1935. Production increased from six films in 1933 to 17 in 1936. Other studios were installed, artists’ salaries rose as in Hollywood and to the musical/comedy genres were added farces and the melodrama, consisting of seduction, implied rape, adultery, murder and suicide. The "first lady of the screen" was Faten Hamama, who played roles of the orphan/Cinderella type (A Happy Day, Mohamed Karim, 1940; The Immortal Song, Henry Baraket, 1959), later incarnating the difficult conditions of women (The Sin, 1964; No Condolences For Women, 1979; The Night Of Fatma’s Arrest, 1984). In 1953 Hamama starred with an unknown Syrian-Lebanese Christian, Michel Chalroub, in Youssef Chahine’s Raging Sky. Becoming a Muslim, he changed his name to Omar Sharif and they married, starring together in Chahine’s The Black Waters (1956), then in Night Without Sleep (1958) and River Of Love (1960): "With him there appeared for the first time in the Egyptian cinema the erotic hero ... with magnetic eyes and tantalising voice" (Abbas Fadhil Ibrahim).

Amongst the directors of the early Egyptian period were Niazi Mustapha, whose career began with a hugely successful comedy (Salama’s Doing OK, 1937) and who became noted for action films, (many of which starred Farid Chawqi) and Fatine Abdel Wahab, notably for comedies. But Salah Abou Seif has probably been the most prolific and worked with all the stars and in all the genres. Youssef Chahine calls him "the most Egyptian film-maker of all". Both he and Mustapha made films in the late 40s based on tales about the famed pre-Islamic poet and hero, Antar, son of a chief and a black slave, and his love for Abla. In 1952 Abou Seif made a film which for the first time showed a poor urban neighbourhood. Hassan The Foreman was based on an idea by its star, Chawqi. He was also one of the directors to work with Naguib Mahfouz - one of Egypt’s most important writers. They adapted Zola’s Therese Raquin (Your Day Will Come, 1951) and Mahfouz’s A Beginning And An End (Dead Amongst The Living, 1960, with Chawqi, Sanaa Gamil and Omar Charif). In 1970 he made The Dawn Of Islam, successful throughout the Arab world, but a later film made in Iraq (El Qadisiyya, 1981) was a major disappointment.

The possibility of a truly more realist cinema, indicated in Kamal Selim’s landmark film, Determination (1940), did not emerge until the Free Officers’ Revolt of 1952 led by Colonel Gamal Abdul Nasser, on whose leadership the Arab world’s frustrations and hopes focussed for several years.

Hitherto peaceful coexistence in Palestine between the majority Arab population (Muslim and Christian) and the existing (Sephardic) Jewish inhabitants of the country was severely shattered in 1948. The establishment of the State of Israel wiped Palestine off the map and displaced and dispossessed approximately 780,000 Arabs.

The loss of Palestine was felt throughout the Arab world, still experiencing European colonialism in many countries; Nasser represented the possibility of a nationalist Arab unity. In 1956 he nationalised the Suez Canal, which provoked an attack by Britain, France and Israel and led to the second Arab-Israeli war. (Among other films about this was Ahmed Badrakhan’s God Is With Us, Egypt, 1956.) Some Arab countries became independent (of France or Britain) during the late 1950s, but Algeria’s war of independence, won in 1962, was the most significant. "Nasserism for a time dgured as one of the models of political transformation … once it had obtained its independence, Algiers tended to play a role similar to that of Cairo, guaranteed by the exemplary character of its own struggle, the boldness of its project and the global vision of its message" (Jacques Berque). But the ‘Six-Day War’, the third Arab-Israeli war, was an enormous military and psychological defeat, leaving Israel from 1967 in possession of Jerusalem, the West Bank and the Golan Heights and the Sinai Desert.

In that year the Organisation of Palestinian Cinema was set up, principally to document the struggle. In this period there was a wealth of cultural expression: in particular the poems of Mahmoud Darwish, Samih el Qasim, the Syrian, Adonis, or the songs of Cheikh Imam (Egypt) and Fairuz. Tewfiq Saleh’s The Cheated (1971) and Borhane Alaouie’s Kafr Kassem (1974), both essentially Syrian productions, came out of this experience. The Cheated was based on the novel by Palestinian writer Ghassan Kanafani, Men under the Sun, about three Palestinians trying to cross into Kuwait to find work and freedom – in an empty petrol lorry. (Kanafani was killed by a car bomb in Beirut, 1972). Kafr Kassem was based on an actual event in 1956, when 49 villagers returning home from the fields were shot dead because a curfew of which they were unaware had suddenly been imposed by Israeli officers. Slim Riad’s Sanaoud (Algeria, 1972) also treated the Palestinian issue.

If 1967 had shaken "the enthusiasm and barely-acquired confidence of intellectuals in the Arab world ... an even more fearsome shock awaited the new Arab cinema: Sadat’s visit to Jerusalem in 1977 ... After the invasion of Lebanon in 1982, which led to the Sabra and Chatila massacre, the Arab no longer knew who he was" (Ferid Boughedir, Camera Arabe).

A few days after the invasion, the Christian Lebanese poet Khalil Hawi shot himself in "despair at seeing Israeli troops at the doors of Beirut, while Arab governments watched silent and indifferent" (Khalil A Sulaiman). Five years later, seeing Muslim Arabs surrounding the Palestinian refugee camps in Lebanon and "condeming to a slow death children, mothers and old people for the simple fact of their Palestinian identity", the Moroccan writer, Tahar Ben Jalloun, winner of the 1987 French Prix Goncourt for Literature, asked "What culture will be born of these ruins ... in which the Arab conscience has been entangled? ... From these scorched landscapes ... these hands raised to the sky, these muted cries of dehydrated children, we are left with images, or rather photographic documents which tour the world by satellite and are deposited on television screens where all the time wars are paraded one after another without distinction."

For many filmmakers explanations can only begin to be found by looking again at the past: "We must face our memory, judge it, unveil it. Change comes from knowledge. We don’t dare see ourselves in the mirror, we look for someone else, we’re not proud of what we are … Our history is bound by memory and prohibition. We must unveil what we keep hidden in order prehaps to know who we are" (Nouri Bouzid). Yet it is also necessary to 'unveil’ the image created by the West:

"Muslims and Arabs are essentially covered, discussed, apprehended, either as oil suppliers or as potential terrorists. Very little of the detail, the human density, the passion of Arab-Muslim life has entered the awareness of even those people whose profession is to report the Islamic world. What we have instead is a limited series of crude, essentialised caricatures" (Edward W. Said).