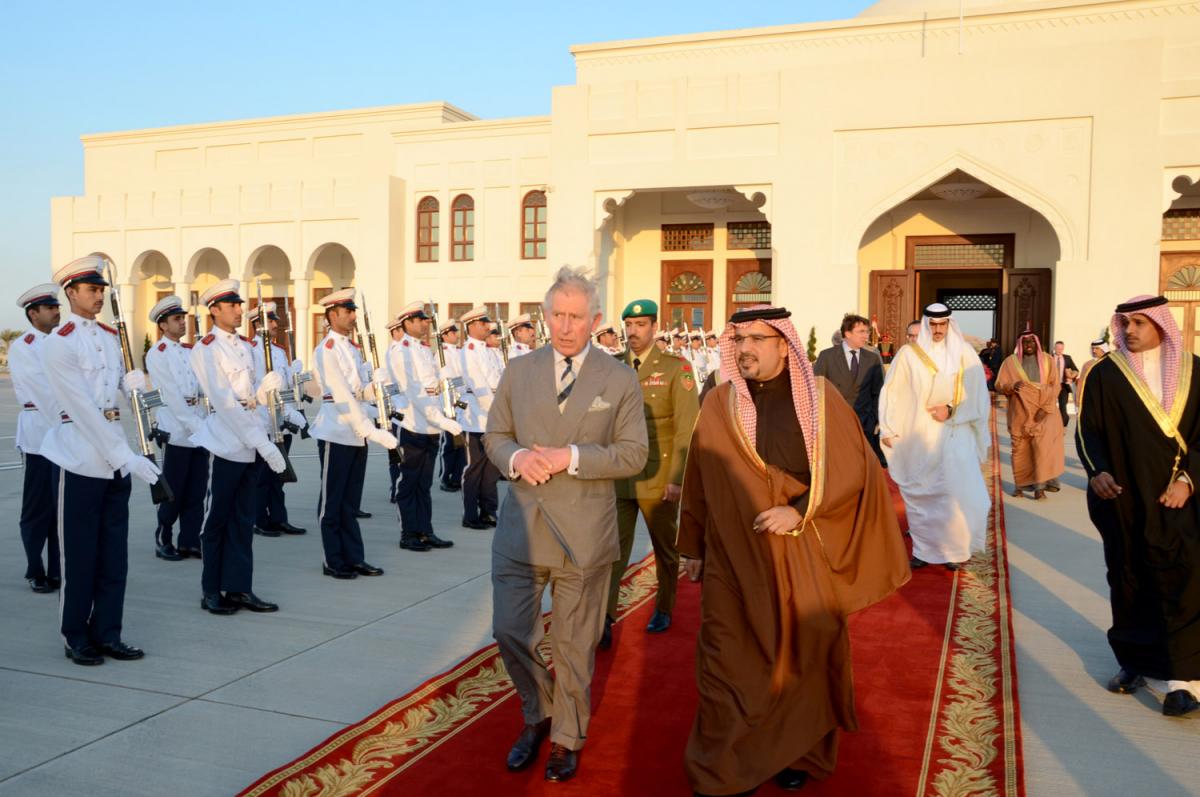 Prince Charles, heir to the British throne, and his wife, the Duchess of Cornwall, will pay an official visit to Bahrain, Oman and the United Arab Emirates in November. An official announcement yesterday said their tour will "help to strengthen the United Kingdom’s warm bilateral relations with key partners" in the Gulf region.

Relations between Britain's royals and Bahrain's repressive ruling family are especially warm – and controversial. News of the prince's visit comes barely a week after the UN High Commissioner for Human Rights denounced Bahrain for the "harassment and arrests of human rights defenders and political activists".

Earlier this year, a report by the British parliament's Foreign Affairs Committee accused the government of downgrading human rights issues in its dealings with repressive regimes. It said the government's failure to classify Bahrain (along with Egypt) as a Human Rights Priority Country "contributes to the perception" that it "has become more hesitant in promoting and defending international human rights openly and robustly".

The British and Bahraini royal families have regular contact through the annual Royal Windsor Horse Show. In May, the king of Bahrain was seated at the Queen's right-hand side for an equestrian event at Windsor Castle to celebrate her 90th birthday (see photo).

The November trip will be Prince Charles's sixth visit to Bahrain.

Britain also has a special relationship with Oman's anglophile despot, Sultan Qaboos, who once served in the British army. Qaboos was installed as sultan in 1970, with British help. The coup came after it was decided that Qaboos would serve British interests better than his ageing and paranoid father, Said bin Tamur, who ended his days in luxurious exile at the Dorchester Hotel in London.

Although moves by the British government to de-prioritise human rights have been under way for some time, they appear to be accelerating as a result of the Brexit referendum. The government is looking for ways to compensate for lost trade with the EU and the wealthy but autocratic Gulf states are an obvious target market. The Saudi foreign minister has already hinted that Britain could have a free trade agreement with the six GCC countries – Bahrain, Kuwait, Oman, Qatar, Saudi Arabia and the UAE.