Since feuding broke out in the Gulf last May, with Saudi Arabia, the UAE and Bahrain on one side of the quarrel and Qatar on the other, the protagonists have been trying to persuade the rest of the world to take their quarrel seriously.

They haven't had much success in doing so, though. Whatever substance the dispute may have had in the beginning, it has long since been eclipsed by an entertaining (if juvenile) propaganda war. We have seen all sorts of antics on the internet – hacking, fake news, stolen emails and Twitter bots – plus the use of thinly-disguised front organisations.

These games now appear to have spread to the much-acclaimed Louvre museum which opened in Abu Dhabi two months ago.

In the children's section there's a map of historical trade routes in the southern Gulf. The map shows Bahrain and the UAE, along with neighbouring parts of Oman and Saudi Arabia, but the peninsula that forms the state of Qatar has been completely obliterated by blue sea. 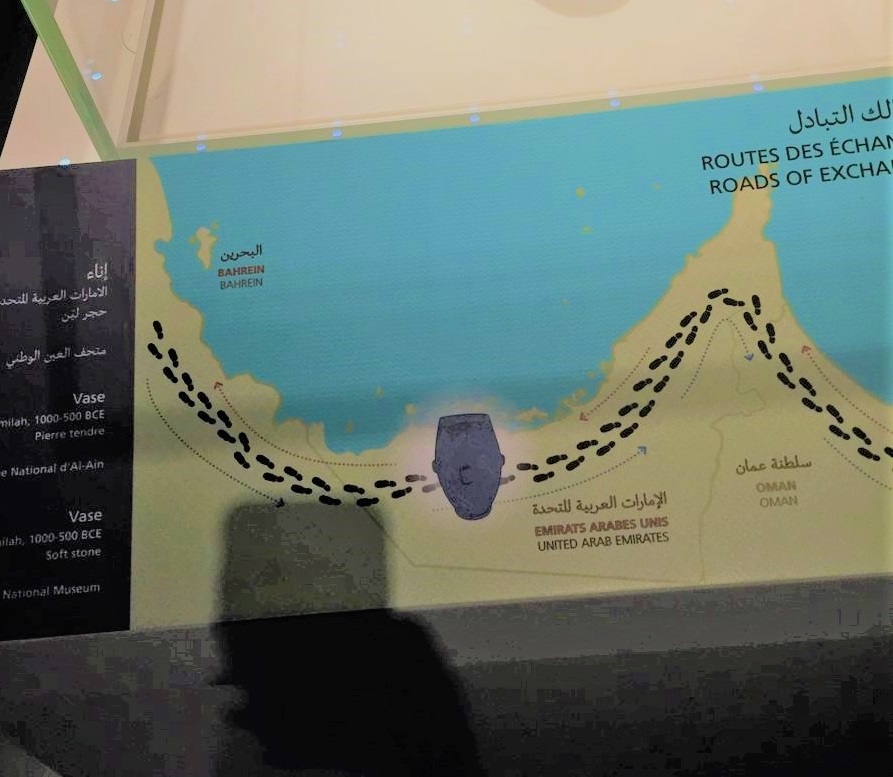 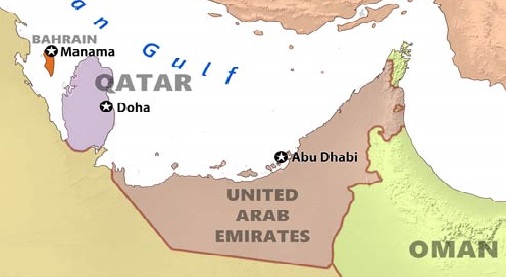 This is reminiscent of the way the Soviet Union, long before Photoshop, used to make political figures disappear from photographs when they fell out of favour.

Although a map that includes Qatar is apparentely considered unsuitable viewing for children, grown-ups can still obtain Qatari riyals at the money exchange in Abu Dhabi airport, as Simon Henderson of the Washington Institute points out in an article about recent developments in the Gulf dispute.

Henderson goes on to suggest the obliteration of Qatar "is probably incompatible with France's agreement to let Abu Dhabi use the Louvre's name".

The deal between France and Abu Dhabi caused immediate controversy when first announced in 2007. French art lovers organised a petition against it and accused the Louvre of selling its soul.

Abu Dhabi agreed to pay France hundreds of millions of dollars for use of the "Louvre" name and the loan of artworks. According to a report at the time ...

[The] agreement sets the stage for the establishment of a universal museum dominated by classical western art covering "all civilisations and all eras, including the contemporary era", while respecting the two sides' "cultural values".

The mention of "cultural values" raised doubts about whether nude figures or non-Muslim religious art would be allowed in Abu Dhabi, and the French newspaper Liberation joked: "Thank goodness Monet painted waterlilies".

Some of those concerns were allayed when the museum eventually opened. There's nudity up to a point: a Roman sculpture of a nymph showing a breast and a naked male torso (minus genitalia). On the religious front, there's a Bellini painting of Madonna and Child, and a 16th-century Pentateuch manuscript from Yemen.

On current form, it looks as though politics may be a bigger problem than "cultural values". In a recent – and broadly favourable – review, Girish Shahane writes that the museum's curatorial approach is cross-cultural, using broad subjects like “The First Villages” to put work from disparate cultures in the same room.

Of course, since the museum is an inter-governmental project funded by a conservative monarchy, there are no difficult historical questions raised at any point.

Perhaps that explains why the Qatari peninsula has been airbrushed from history.