Coronavirus in the Middle East: the importance of testing. Plus today's updates

One problem in monitoring the coronavirus pandemic is that nobody really knows how many people have been infected.

A growing number of new cases can be one indicator of how fast the virus is spreading, but that has to be weighed against other factors. For example, the more people you test, the more cases you are likely to find.

In the Middle East and North Africa region, Israel has the highest number of confirmed cases, but it's also doing the most testing. On Friday, some 6,000 tests were carried out in Israel and the aim is to reach 30,000 tests a day during the next month.

At the other end of the scale there's Libya, with just three confirmed cases. But according to the National Center for Disease Control only 108 tests have so far been carried out.

Some countries publish the number of tests, and from this it's clear that the wealthy Arab states in the Gulf have been testing extensively. Bahrain's latest figure is 31,526 tests, Qatar's is 16,582 and on 20 March Kuwait said its total had passed 27,000. A couple of weeks ago Kuwait also obtained 400,000 kits for rapid tests.

Lower down the scale, Palestine has carried out 5,562 tests and Morocco 2,061. Based on earlier reports, the total in Algeria has probably now reached 2,000.

In general, the level of testing is determined by the number of available test kits. Official figures normally show the number of samples tested – which is higher than the number of people tested because of repeat testing on those who have the virus or are suspected of having it.

The World Health Organisation sees extensive testing as a vital tool in the battle against coronavirus, but in several of the region's most populous countries it's clearly not happening. That almost certainly means there are large numbers of people carrying the virus and unkowingly passing it on to others.

Meanwhile, Iran's health ministry says 51 million people – more than 60% of the country's population – have now been "screened" for the virus. Exactly what this screening involves is unclear but for the vast majority it's likely to have been just a simple temperature check.

Iran reported 3,076 new cases of coronavirus yesterday, bringing the official total to 35,408 since the outbreak began. This was the biggest daily rise so far. Reports from Iran suggest the growing number of new cases is at least partly due to increased testing.

In the rest of the Middle East, 918 new cases have been reported since yesterday's update, bringing the cumulative total to 9,995. The largest increases were in Israel (405 new cases), Saudi Arabia (99) and the UAE (63).

However, increases among the Arab countries of North Africa which are less equipped to deal with the epidemic are potentially more worrying. Algeria, Egypt, Morocco and Tunisia all reported 40 or more new cases. Similarly with Iraq. 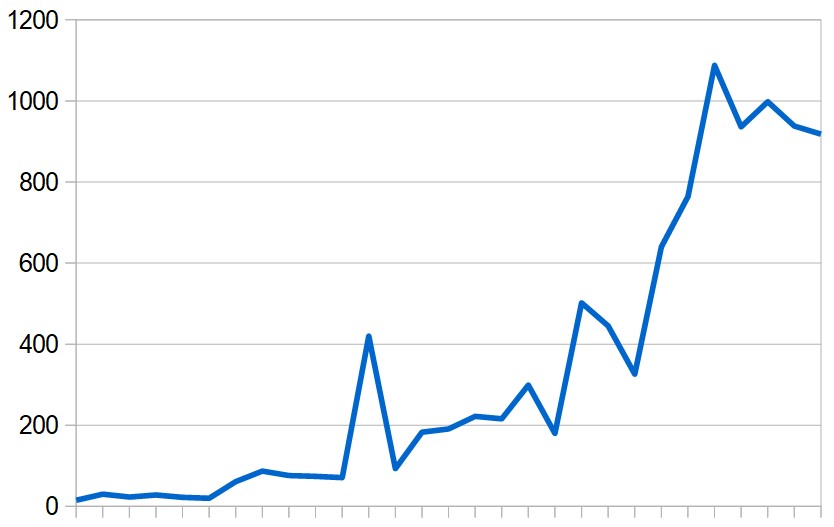 A further 139 coronavirus-related deaths were reported in Iran yesterday, bringing the official total to 2,517. The daily death toll continues to fluctuate within a fairly narrow range but has not increased significantly for almost two weeks.

Elsewhere in the region, a further 19 deaths were reported, bringing the total to 174. Iraq, Egypt, Algeria and Morocco have the highest death tolls so far – a lot higher than in the Arab Gulf states (see previous report). Jordan and Qatar both reported their first coronavirus-linked death. This is the current list: 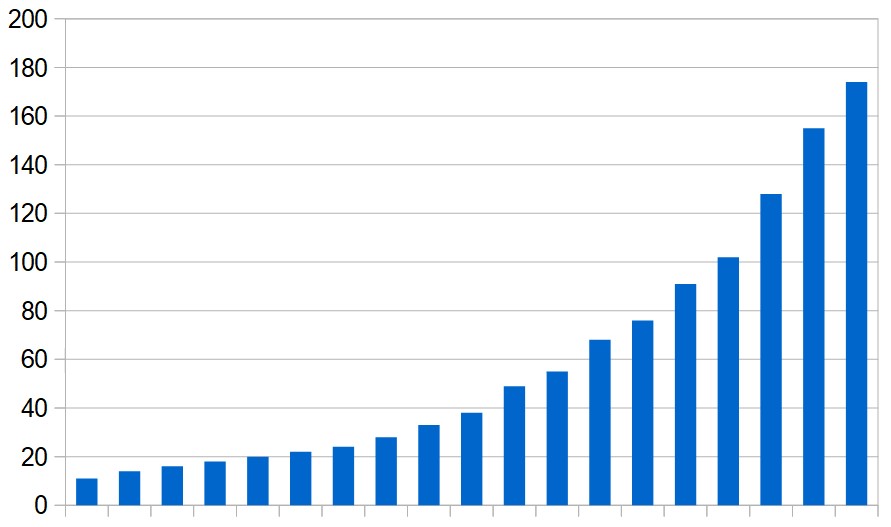