Sirens sounded in Jordan at 7am this morning to mark the start of a strict round-the-clock curfew enforced by thousands of troops.

Shops are closed and anyone violating the curfew faces up to a year in jail. At least one person has already been arrested. The authorities say they will make an announcement on Tuesday about a partial lifting to allow people to do their shopping.

The curfew is a further extension of restrictions introduced earlier in the week which isolated various parts of the country by sealing off the capital, Amman, and each of the 12 regional governorates.

So far, Jordan has 84 confirmed coronavirus cases and the authorities are clearly taking very tough measures in an effort to stop infections spreading.

Tunisia has also imposed a curfew which started on Wednesday but lasts for only 12 hours – from 6pm to 6am.

Iran reported 1,237 new coronavirus cases on Friday – an increase over the previous few days but below the peak of 1,365 reported six days ago. The official cumulative total is 19,644 cases since the outbreak began. A further 149 deaths were reported on Friday, bringing the official total to 1,433.

In the rest of the Middle East 445 new cases have been reported since yesterday's update – almost half of them in Israel – bringing the cumulative total for the region outside Iran to 3,387.

Saudi Arabia showed the second-largest increase, with 70 new cases, followed by Egypt with 29, Kuwait with 28 and Morocco with 23.

Morocco is currently showing a rapid increase. The total of known cases there was still in single digits a week ago but has now reached 86. 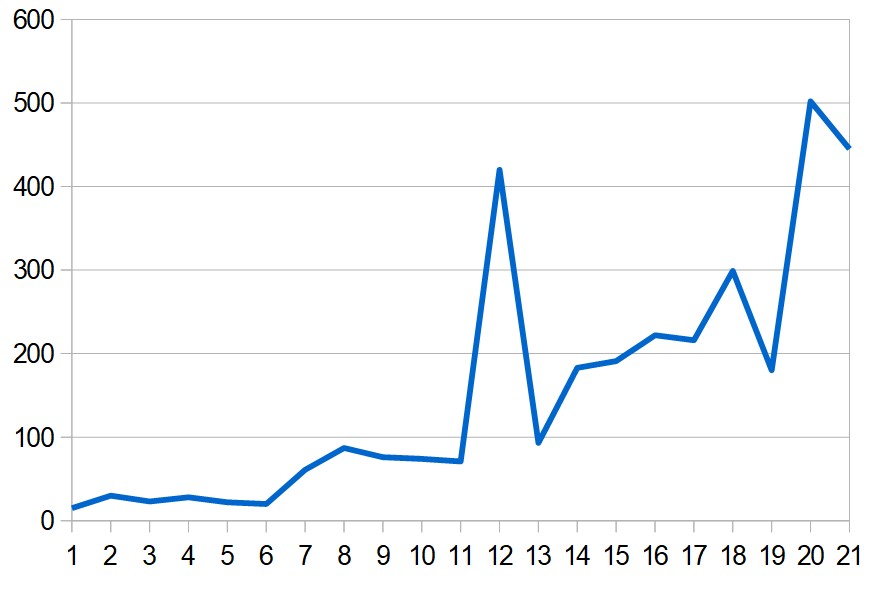 A growing number of deaths

In the Middle East outside Iran the number of deaths has doubled in the last four days and now stands at 49. On Friday the UAE and Israel reported deaths for the first time. The deaths being reported are probably best described as "coronavirus-related" because in most cases the people appear to have already had serious illnesses which were aggravated by the virus. Here is the current list of deaths:

● Algeria: For the first time in more than a year, Algerians suspended their usual Friday protests against the government. Instead, photos posted on social media showed young volunteers spraying the streets with disinfectant.

● Iraq: The health ministry has produced a map showing the distribution of cases around the country. The red numbers are confirmed cases, the green numbers show those who have recovered and the black numbers show deaths. 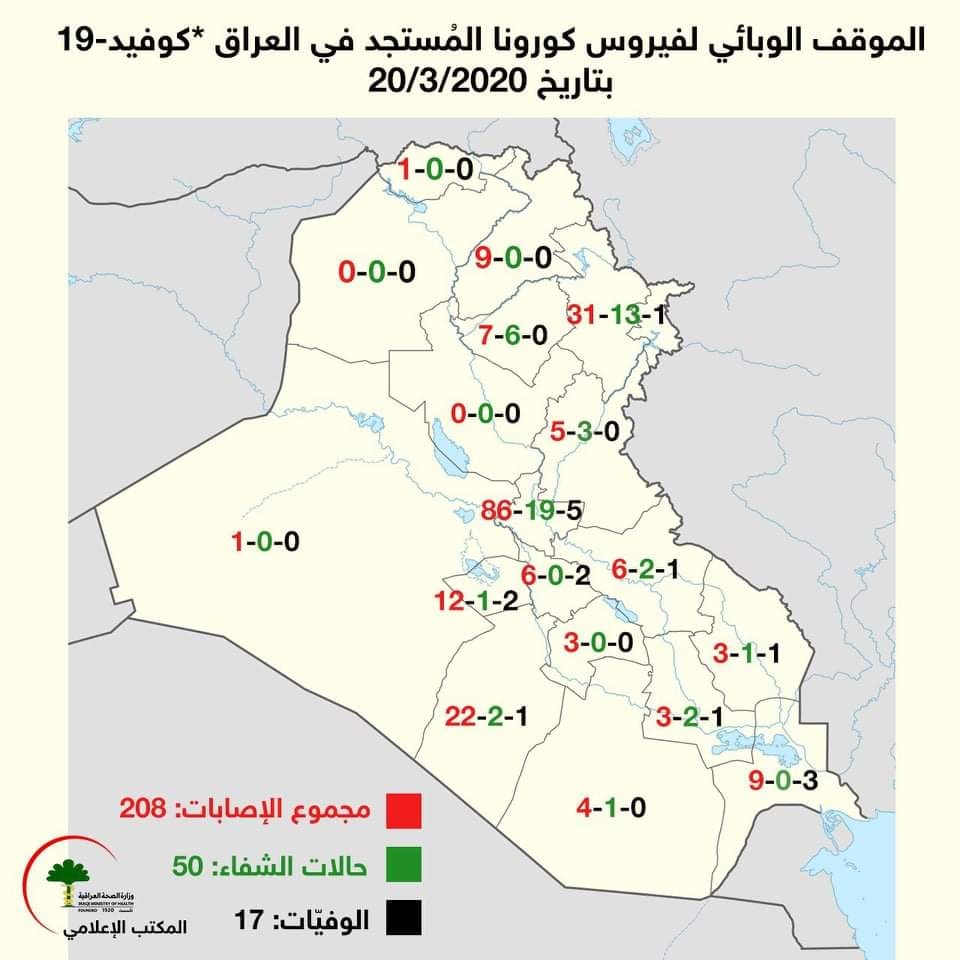 ● Israel: The first death to be reported was that of a 88-year-old man living in sheltered accommodation. Fifteen other people are said to be in a serious condition. In Ar'ara, one of a group of Arab towns in an area known as the Triangle, police broke up three large weddings and detained the organisers on the grounds of breaking the rules for social distancing.

● Saudi Arabia reported 70 new cases – 49 of them in the capital, Riyadh. The health ministry said 11 of the new cases involved people arriving from abroad who were immediately quarantined. More alarmingly, 58 of the new cases have been attributed to social activities inside the kingdom – such as attending weddings or family gatherings. On Friday the kingdom announced the suspension of all domestic flights, buses, taxis and trains for the next 14 days. There are exceptions for key workers.

● UAE: The health ministry announced the country's first two coronavirus-related deaths. One was a 78-year-old Arab man who died of a heart attack "coinciding with complications" from the virus. The other was a 58-year-old Asian resident of the UAE who had heart and kidney problems which were "further complicated" by the virus.