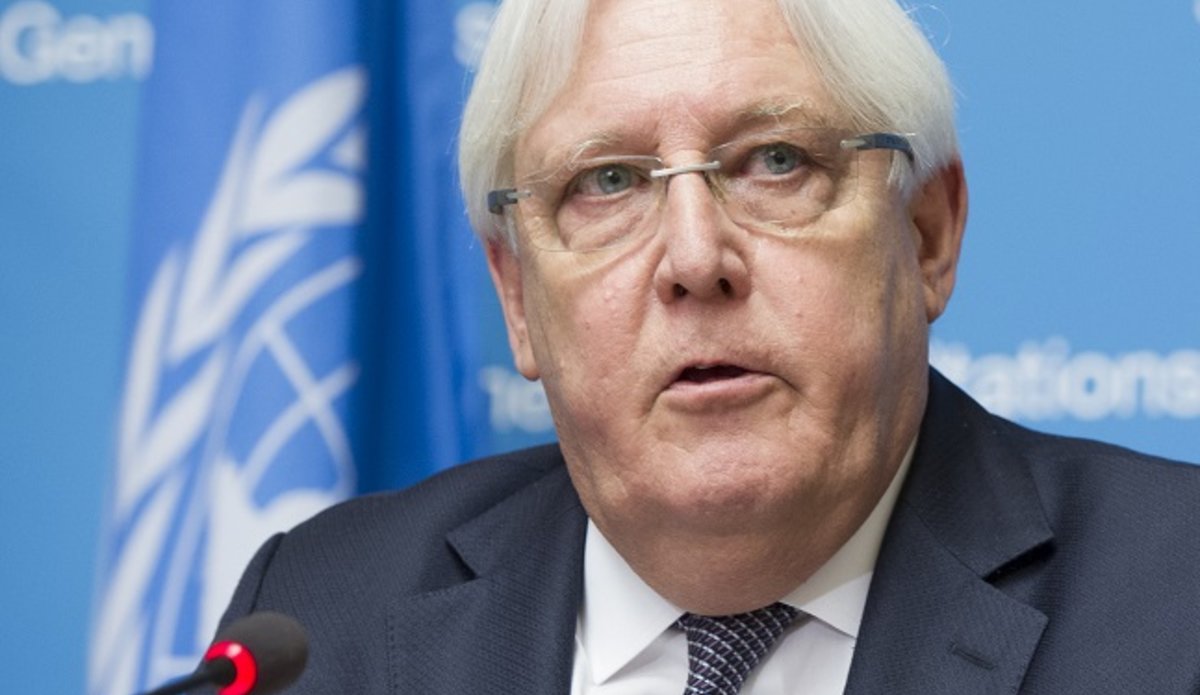 The situation on the ground in Yemen is changing with great speed, UN special envoy Martin Griffiths told the Security Council on Tuesday. "We need to seize any opportunities for progress," he said.

The rapid changes that Griffiths was referring to are not in the four-year-long war against the Houthis (which has more or less reached a stalemate) but within the anti-Houthi coalition where a confrontation has broken out between southern separatists and the "legitimate" government of President Abd Rabbu Mansour Hadi.

The coalition is led by Saudi Arabia, with the UAE as its chief Arab ally, and in theory both countries are seeking to restore the Hadi government. After being ousted from the capital, Sanaa, by the Houthis, Hadi declared the southern city of Aden as his temporary capital – though he has spent much of the war in Saudi Arabia.

Hadi is strongly supported by the Saudis but the Emiratis are less enamoured with him. In southern Yemen, the Emiratis have been supporting and training forces known as the Security Belt which are connected politically with the separatist Southern Transitional Council.

The separatists view Aden as their own capital – not Hadi's – and on 10 August they seized control of the city, driving out Hadi's forces. They justified this by accusing Hadi's forces of failing to provide adequate security in the south and claiming they could do a better job themselves.

The Saudis reacted furiously, demanding that the separatist forces withdraw. On Tuesday, though, the separatists were reported to have made further gains, capturing a military camp belonging to the government's special forces in Zinjibar, east of Aden, and driving out 350 government troops from a camp at al-Kawd nearby. Meanwhile, the separatists announced that a delegation headed by STC president, Major General Aidarus al-Zubaidi, was heading to Jeddah for talks with the Saudis. 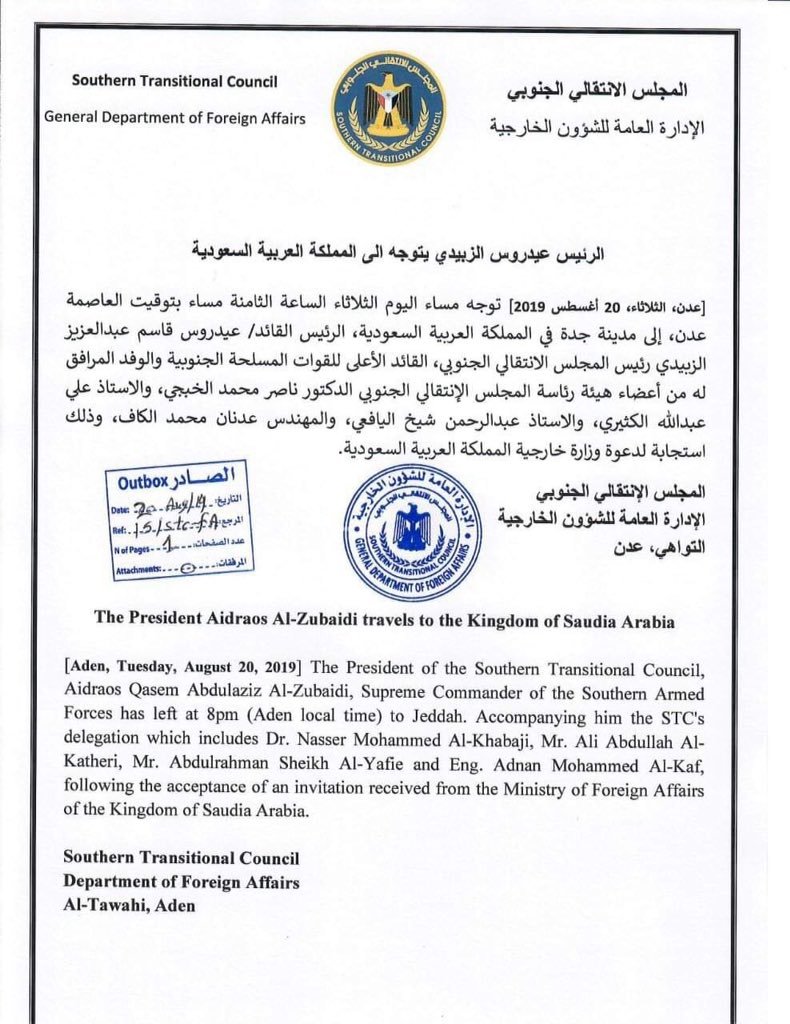 Separatism aside, the southerners have a fair point about the Hadi government. Whatever legitimacy it once had has mostly evaporated and it has not had much military success either.

One of the problems here, though, is that the international community has left itself little room for manouevre in terms of the evolving situation in the south. Four years ago (in rather different circumstances) the UN Security Council firmly committed itself to supporting the Hadi government and opposing separatism.

Resolution 2216 called on UN member states and all parties in the conflict "to refrain from taking any actions that undermine the unity, sovereignty, independence and territorial integrity of Yemen, and the legitimacy of the President of Yemen".

Speaking to the Security Council on Tuesday, special envoy Griffiths expressed alarm at the violence in the south:

"I condemn the unacceptable efforts by the Southern Transitional Council to take control of state institutions by force. I also deplore the harassment of Yemenis of northern origin in Aden which preceded these recent events, such as through physical violence, forced displacement and denial of freedom of movement, including the targeting of government officials and their supporters.

"A continuation of this current situation is simply untenable. Functioning of state institutions will almost certainly break down further and daily life for the people will become even more difficult that it is already the case. There is indeed a grave and present risk of further damage to Yemen’s social fabric and the spread of violence to other southern governorates ... It is frankly difficult to know where events will lead us."

Griffiths went on the welcome the planned discussions in Jeddah but emphasised a need "to ensure the continuity of governance, security and basic service provision in Aden and other relevant areas under the exclusive authority of the state" [italics added].

While this appears to rule out allowing the separatists to take charge in the south, Griffiths did make a few conciliatory noises, saying that the UN "remains committed to inclusive dialogue to resolve differences" and to address "the legitimate concerns of all Yemenis, including southern groups".

"Long-term questions about Yemen’s future remain unresolved. I believe these can only resolved through peaceful political means. This is why I have always talked with numerous groups from the southern governorates as well as elsewhere in Yemen, and have long advocated for their inclusion in the peace process."

The devil in the detail, as far as southern separatists are concerned, is the phrase "long-term questions". The UN, not unreasonably, sees ending the war with the Houthis as its top priority and would much prefer to keep the issue of southern independence on the back burner in the meantime.

The current UN peace plan does envisage including the southerners, but only in the final stages and only for "political talks". The southerners' objection is that this would come far too late, and they should be involved much earlier in talks about security and the shape of a transitional government. They argue that the war can't be ended without drawing them more fully into the peace process (see previous article).

One of their hopes is that by establishing control in the south they will put enough pressure on the UN to revise its plan in the light of new facts on the ground.