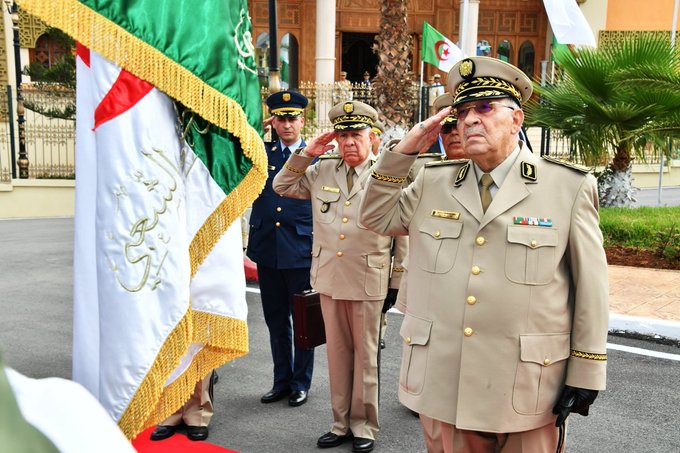 The political crisis in Algeria is about to take a turn for the worse as the authorities attempt subdue street protests ahead of a presidential election. On Wednesday Gaïd Salah, the army's chief of staff, ordered police to stop buses and cars transporting demonstrators into the capital for what have now become regular Friday protests.

Alongside that, there are reports of more prominent activists – especially those who criticise Salah – being arrested.

Since the resignation of President Bouteflika in April, 79-year-old Salah has emerged as Algeria's most powerful figure. A couple of weeks ago he set an unofficial deadline of 15 September for the government to trigger an election. The government duly complied and the country is now scheduled to choose a new president on 12 December.

The protesters are calling for a radical overhaul of Algeria's political system, and want that to happen before any election – otherwise they fear it will just perpetuate the old regime.

The government, meanwhile, insists it has done enough to ensure the election will take place "in all sovereignty, freedom and transparency". It has made some changes to the electoral law and established a "National Independent Electoral Authority".

Friday will mark the 31st week of protests. They have been overwhelmingly peaceful and clearly enjoy widespread support. So far, the authorities have not resorted to the kind of harsh measures seen in some other Arab countries, but since early September there have been signs of growing impatience.

The attitude of the authorities now is that it's time to move on, and clearly they don't want the street protests to be continuing in the run-up to the election.

Whether an election will actually take place in December is at present an unanswerable question. It was originally supposed to be held on 4 July but the Constitutional Council was forced to postpone it in the light of the protests.

One possibility is that the regime's apparent determination to press ahead with a December election will fuel more protests rather than damping them down. That's what happened last Friday when – as a result of a speech by Salah calling for a swift end to the political crisis and the arrest of a prominent activist – the turnout of demonstrators was the largest for two months.

Although the opposition is fragmented – there are a lot of small political parties – it does have some leverage if the election goes ahead. The poll won't be seen as free and fair unless there's at least one credible opposition candidate, and if the opposition parties refuse to play along the regime could find itself in a deeper hole than before.

Meanwhile – and this is always a bad sign – Gaïd Salah has wheeled out the traditional dictators' claim that he is saving the country from some terrible plot. In his speech on Wednesday announcing plans to blockade Algiers against incoming demonstrators, he said:

"We knew from the beginning of the crisis that a plot was being waged secretly against Algeria and its people. We revealed its ins and outs at the right moment and also developed an efficient strategy, implemented in stages, in accordance with what the constitution and the laws of the republic allow.

"We faced this dangerous plot to destroy our country, and the high command of the National People's Army, with its historical responsibility, decided to face the gang and frustrate its abject designs."