Algeria eases restrictions in province at centre of coronavirus epidemic

In a controversial move to mark the start of Ramadan, the Algerian government has eased restrictions in Blida – the province at the centre of the country's Covid-19 epidemic. A total lockdown of Blida imposed on March 23 has now been reduced to a partial curfew running from 2pm to 7am daily.

This relaxation has raised fears among medical professionals that progress made over the last few weeks could be reversed by a surge of new infections.

“It is dangerous, and whoever thinks we have overcome the epidemic is mistaken,” Mohammed Yousfi, head of the Infectious Diseases Department at the Boufarik Hospital in Blida was quoted as saying.

Other Algerian doctors have expressed similar concerns. Their main fear is that people will treat the relaxation as a signal to ignore preventive measures and social distancing. People who throng markets and other public spaces are at risk of ending up in hospital, Abdulrazzak Bouamra, head of epidemiology at the Mustafa Pasha Hospital warned.

A photo circulated by Reuters last week shows the government's idea of how outdoor markets are supposed to be set up in order to maintain social distancing, but a video broadcast by Algerian television at the weekend shows the reality in Blida is very different.

There are scenes from a bustling market where – apart from a few face masks – there is little sign of people taking precautions. It looks very much like business as usual. 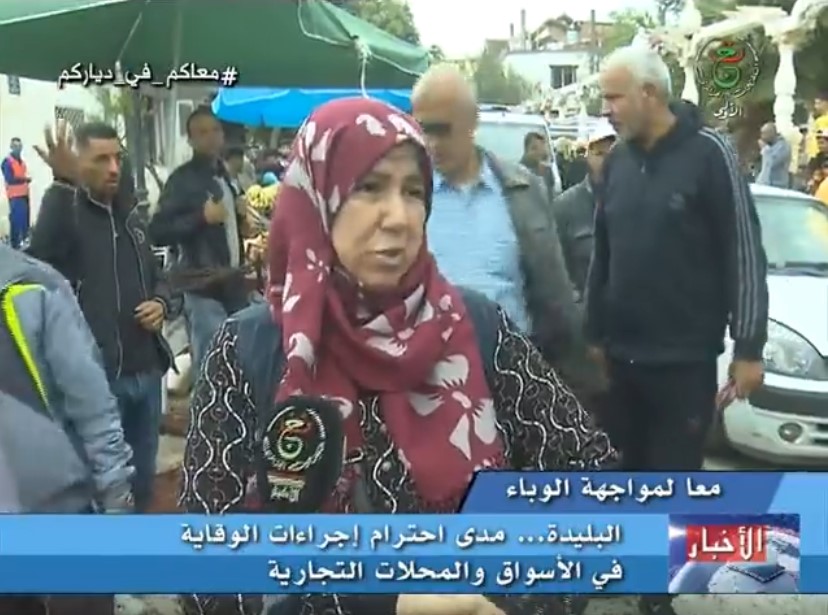 A clothes shop does appear to be taking more care. Beneath a sign saying "Masks are essential", customers are handed face masks and have their temperature checked. 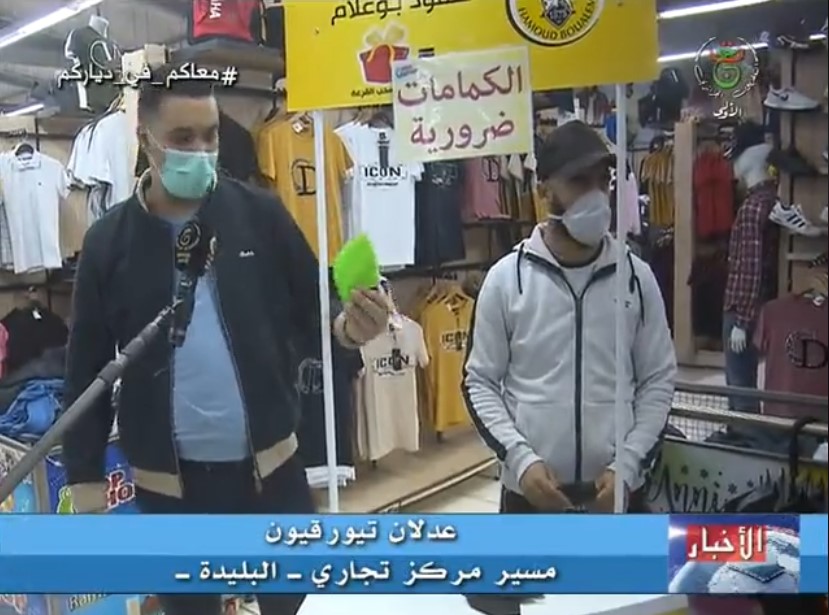 Blida is a prime example of how quickly the virus can spread. The outbreak there began in February with a family visit by two people from France who later tested positive for the virus. On March 1 two members of the family were diagnosed and a week later the number of infected family members had risen to 17.

According to the latest tally, out of 3,382 confirmed cases in Algeria, 749 have been in Blida – far more than in the capital or any of the other provinces.

Two weeks ago President Tebboune claimed that the coronavirus situation in Algeria is "under control". It clearly isn't, though there have been some encouraging signs.

The virus is still spreading, but not as quickly as it was. The number of active cases has grown by 17% in the last six days – which is a lot less than in neighbouring Morocco.

However, the official figures should be viewed with caution because testing for the virus has been very limited and there are likely to be undetected cases. According to Worldometer only 6,500 tests have so far been carried out in Algeria.

A further 5,666 Covid-19 infections have been reported in the Middle East and North Africa since yesterday's update – 1,153 in Iran and 4,513 in the rest of the region. 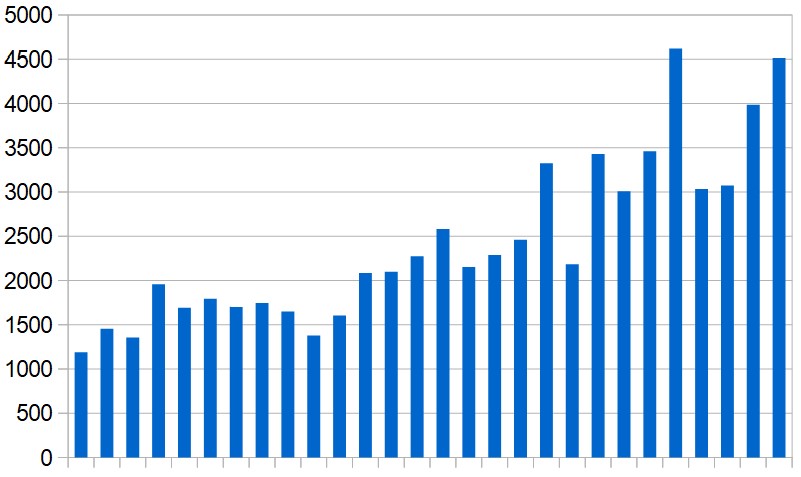 Elsewhere in the region a further 34 deaths were reported, making a total of 1,554. Ten of the deaths were in Egypt. 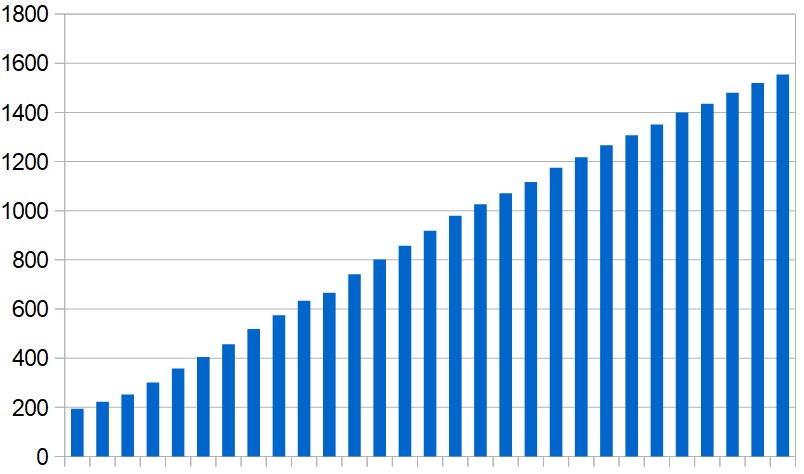