So far, Libya has only 61 confirmed cases of Covid-19 but limited capacity for testing means an unknown number of infections are going undetected. At the same time, Libya faces a series of additional problems that make tackling the virus more difficult.

The country is now in its ninth year of internal conflict and, in the words of the UN's Office for the Coordination of Humanitarian Affairs (OCHA), growing levels of insecurity, political fragmentation and weak governance have led to a deterioration of basic services, particularly in the health system.

Earlier this month, heavy shelling hit the 400-bed al-Kahdra hospital in Tripoli which had been earmarked for treating Covid-19 patients. At least 27 health facilities have been damaged in clashes – including 14 that have since been closed.

Despite measures intended to prevent transmission of the virus – such as curfews – contact-tracing and testing are limited and there's a shortage of protective equipment for medical staff.

"Many points of entry, particularly land borders, are not fully secured and don’t have capacity and resources for testing and quarantining," the OCHA says in a recent report.

It adds that locations of healthcare facilities for confirmed and suspected Covid-19 cases often have to be changed because of "resistance from local communities or armed groups" who don't want them in their area.

Libya has 870,000 people categorised by the UN as "people of concern". They include 48,000 registered refugees and asylum seekers, 373,000 internally displaced persons (IDPs) and 448,000 returnees who were previously displaced.

Migrants and refugees in detention are less able to access critical medical care for Covid-19, the OCHA says, and the conditions in detention centres put them at greater risk.

"Many IDPs, and some returnees, live in sub-standard housing, informal settlements or camp-like settings hindering their ability to adopt social distancing measures and limiting access to functional basic services and essential household necessities," the report adds.

A Swiss-based organisation, REACH, has also been looking at the impact of the Covid-19 crisis on vulnerable populations in Libya and has highlighted a series of specific issues:

● Access to information: Migrants and refugees are the least informed about the virus, particularly older people and unaccompanied children. "Much of the key messaging (on television, radio and in print) is in Arabic, which some migrant and refugee communities are unable to understand," the report says. "For unaccompanied children, this issue is compounded by the fact that such messaging is often not presented in an age-appropriate format. Moreover, members of all these groups have less social connections and networks that would enable them to be better informed about the current situation."

Even if they are aware of the advice – such as frequent hand-washing – they may not be in a position to follow it. (An attack on the Man-Made River Project cut off water supplies to more than two million people in the Tripoli area earlier this month, and in the east of the country the UN is distributing 20,000 bars of soap in IDP camps – two bars per person.)

● Access to healthcare: Among black African communities in Libya, fears of discrimination and fears relating to immigration status were cited as barriers to accessing health care. Other difficulties resulted from restrictions on movement (due to the virus) and fear of catching the virus at health facilities.

● Access to education: Schools are closed and although the education ministry has set up distance learning, children in migrant and refugee communities are reported to be no longer receiving any form of education, even remotely.

● Access to work: This is a general problem – many people have lost jobs – but it particularly affects migrants and refugees who tend to rely on casual work or temporary jobs. Restrictions on movement also make it more difficult to search for alternative work. Out of 40 migrants and refugees surveyed, 34 said they has lost work as a result of the Covid-19 restrictions, three said they had already been unemployed and three said they were continuing to work.

Elsewhere in the Middle East and North Africa a further 3,034 cases have been reported since yesterday's update. 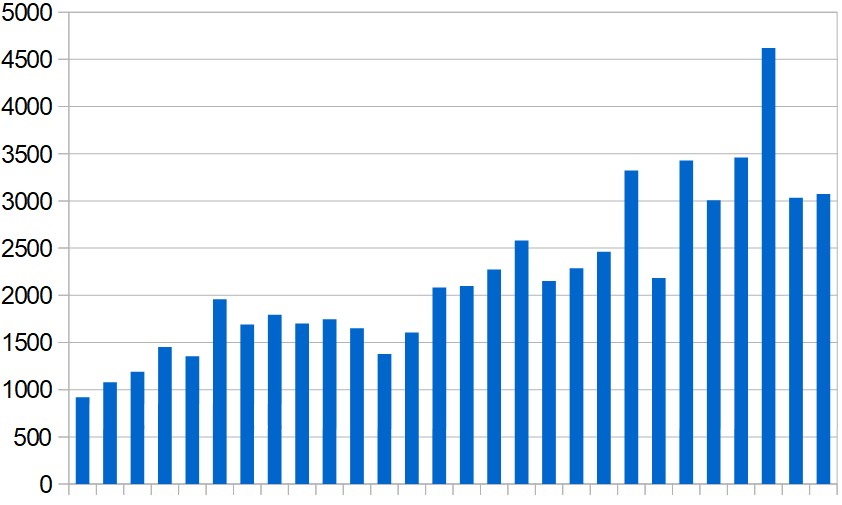 Elsewhere in the region a further 45 deaths were reported, making a total of 1,480. 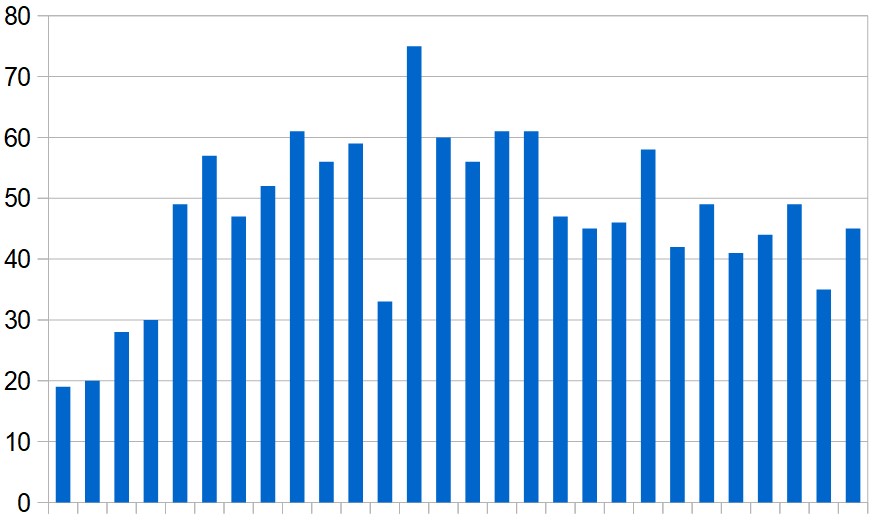