Every day this month Saudi Arabia has reported more new Covid-19 infections than any other country in the Middle East. A further 1,905 cases were confirmed yesterday and the cumulative total since the virus first arrived in the kingdom is frighteningly large – just under 45,000. There are tentative signs, though, that the Saudi epidemic may have peaked.

On Tuesday, for the first time since the outbreak began, the number of people newly-recovered from the virus exceeded the number recorded as newly-infected.

This was a small but significant milestone and Wednesday's official statistics told a similar story.

As a result of the recoveries over the last couple of days (and a further 18 deaths), there are now 1,087 fewer people known to be currently infected in Saudi Arabia than there were on Monday.

Although a couple days' figures don't amount to a trend, the graph below shows recoveries growing more quickly than new infections over the last two weeks.

That is an encouraging sign, though the continuing large numbers of new cases suggest it will be a long time before the epidemic truly subsides.

As in the other Arab states of the Gulf, expatriate workers account for a large proportion of coronavirus cases, and yesterday the Saudi health ministry gave some figures. Saudi citizens account for 42% of cases and non-Saudis 58%.

According to UN figures, non-Saudis are about 38% of the population – so it's clear they are disproportionately affected by the virus. This is mainly due to the crowded living conditions of migrant workers which put them at greater risk of infection.

However, there have also been problems getting Saudi citizens to comply with preventive measures. Last month the health minister accused a "section of society" of not taking the precautions seriously.

Although there has been some official relaxation of restrictions, on Tuesday the interior ministry announced that there will be a "complete curfew throughout the day in all cities and regions of the kingdom" from May 23 until May 27. This covers the Eid al-Fitr festival which marks the end of Ramadan and is usually a time for family gatherings.

A further 8,355 Covid-19 infections have been reported in the Middle East and North Africa since yesterday's update. 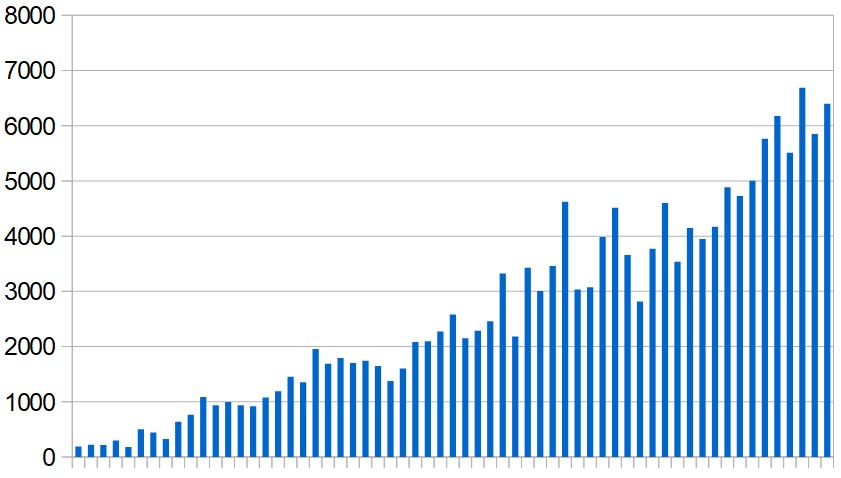 A further 107 coronavirus-related deaths were reported in the region yesterday – 50 of them in Iran.