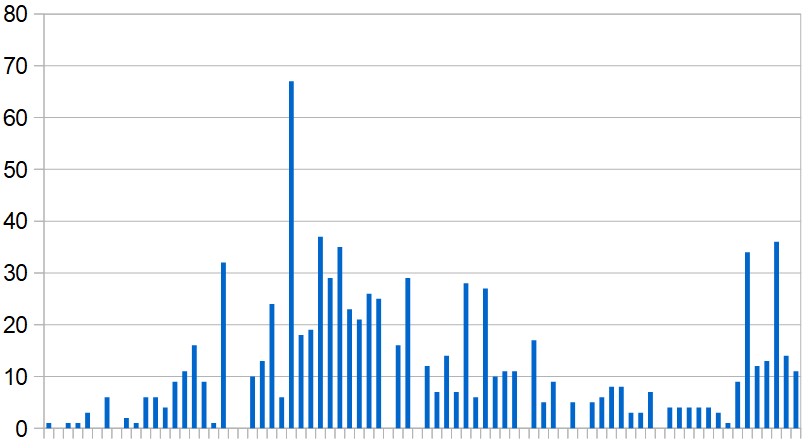 Considering Lebanon's political and economic chaos its efforts to control the spread of Covid-19 infections have been surprisingly effective. Eleven weeks after the virus first arrived in the country there have been only 870 confirmed cases among a population of almost seven million.

Lebanon had begun relaxing its restrictions but over the past week there has been a sudden rise in new cases and the authorities have now imposed a "total" shutdown which will last until Monday morning. People have been told to stay at home and avoid going out unless it's imperative.

In comparison with many other countries Lebanon's surge is quite small – 129 new cases over seven days – but enough to raise a red flag.

At least 39 of those cases have been detected among citizens returning to Lebanon on repatriation flights, including 10 on a flight from Russia and 25 on another from Nigeria. These should not pose a risk to the public if they are properly quarantined. The problem, though, is with people whose infection is so recent that they initially test negative. They are told to isolate themselves for two weeks but don't necessarily take isolation seriously.

This is what happened in Jordan with a truck driver returning from Saudi Arabia: having tested negative he was sent into home isolation but didn't follow the rules and went on to infect dozens of people. In response to that, the Jordanian authorities have now decided to place returning truck drivers under supervision in a quarantine centre.

A similar thing has happened in Lebanon where a returnee from Nigeria received visitors while supposedly in self-isolation and infected 10 of them. "One of those infected, an army soldier, then carried the virus to a military court where 13 others also caught it," Reuters reports.

That, in turn, resulted in 40 or more lawyers, judges and other soldiers having to be tested.

Lebanon's non-compliance problem isn't confined to returnees, however. The authorities have warned about it repeatedly and President Aoun is now threatening legal action against those who fail to abide by the safety rules.

On Sunday, a statement from the health ministry highlighted a “lack of commitment of many citizens to preventive and public safety measures, and due to the selfishness, disregard and indifference to their health and the health of their communities”.

The newly-imposed shutdown is no doubt intended as a signal that this must change, though its main aim is reduce the infection rate and return it to a more manageable level.

It's particularly important at the moment not to overburden the health services with locally-generated cases because they will also have to cope with new cases that are expected to arrive shortly from abroad.

Phase three of the government's repatriation programme is due to start on Thursday, lasting for 10 days. More than 50 flights are planned, bringing Lebanese citizens back from the US, Canada, South America, Saudi Arabia, the UAE, France, Britain, Turkey, Belgium and Germany. It's a foregone conclusion that some of those arriving will be infected, but as yet the numbers can only be guessed at.

There are also concerns about social distancing on these flights. The Beirut-based Daily Star reports that passengers on an earlier repatriation flight from London were charged £1,200 ($1,475) or more on the understanding that the high ticket price would allow half the seats to be kept empty. In the event, the flight was packed with around 185 people.

A further 7,331 Covid-19 infections have been reported in the Middle East and North Africa since yesterday's update.

In both Egypt and Kuwait the cumulative total of cases recorded since the start of the epidemic has now passed the 10,000 mark.

At the other end of the scale, Tunisia (see previous report) has recorded no new cases since Sunday. 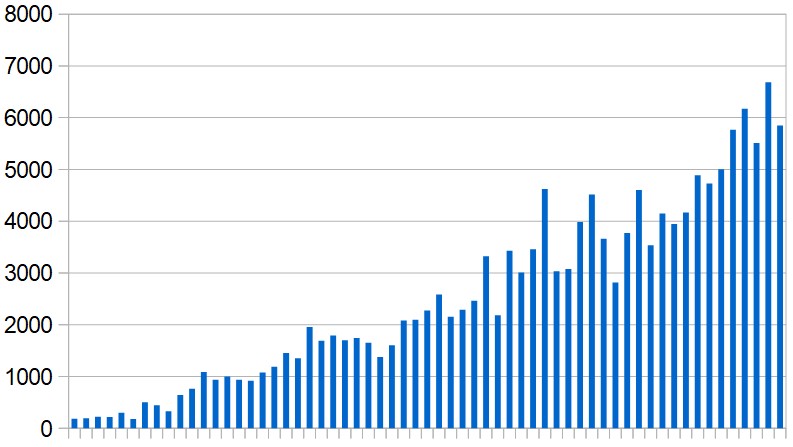 A further 100 coronavirus-related deaths were reported in the region yesterday – 48 of them in Iran.