Iran heads for a second wave of Covid-19 infections 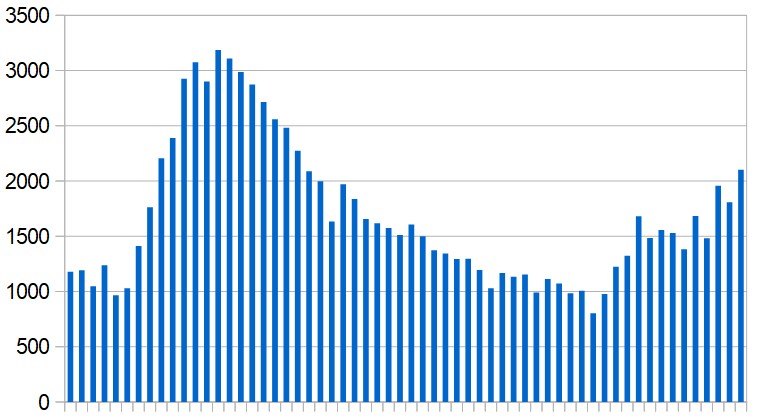 Coronavirus infections in Iran are increasing again and the country's epidemic looks to be heading for a second wave.

The first wave peaked at the end of March when the daily count of new cases briefly rose above 3,000. Throughout the following month new cases dropped steadily, reaching a low point on May 2 when only 802 were reported. Since then, though, they have been rising again.

Further evidence that Covid-19 is making a resurgence in Iran can be seen by comparing numbers of new cases with numbers of recoveries over the last three weeks. 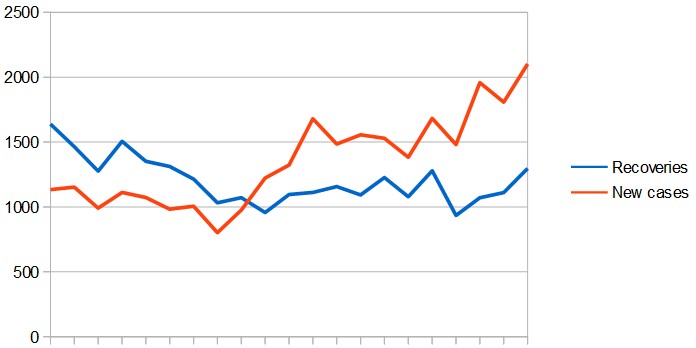 Rises in the number of new cases are sometimes due to increased levels of testing, but that's not the explanation Iran's health ministry has been giving this week.

On Sunday ministry spokesperson Kianoush Jahanpour described the situation in the capital, Tehran, and the western province of Khuzestan as "critical".

On Thursday he said the province of North Khorasan may also be close to "critical condition".

On Friday, he said increased numbers of cases in three other provinces – Lorestan, East Azerbaijan and Sistan & Baluchestan – are expected "in the coming days" and warned residents to take precautions.

Faced with economic pressures, Iran relaxed some of its restrictions in April and there are now suggestions that it did so too soon. 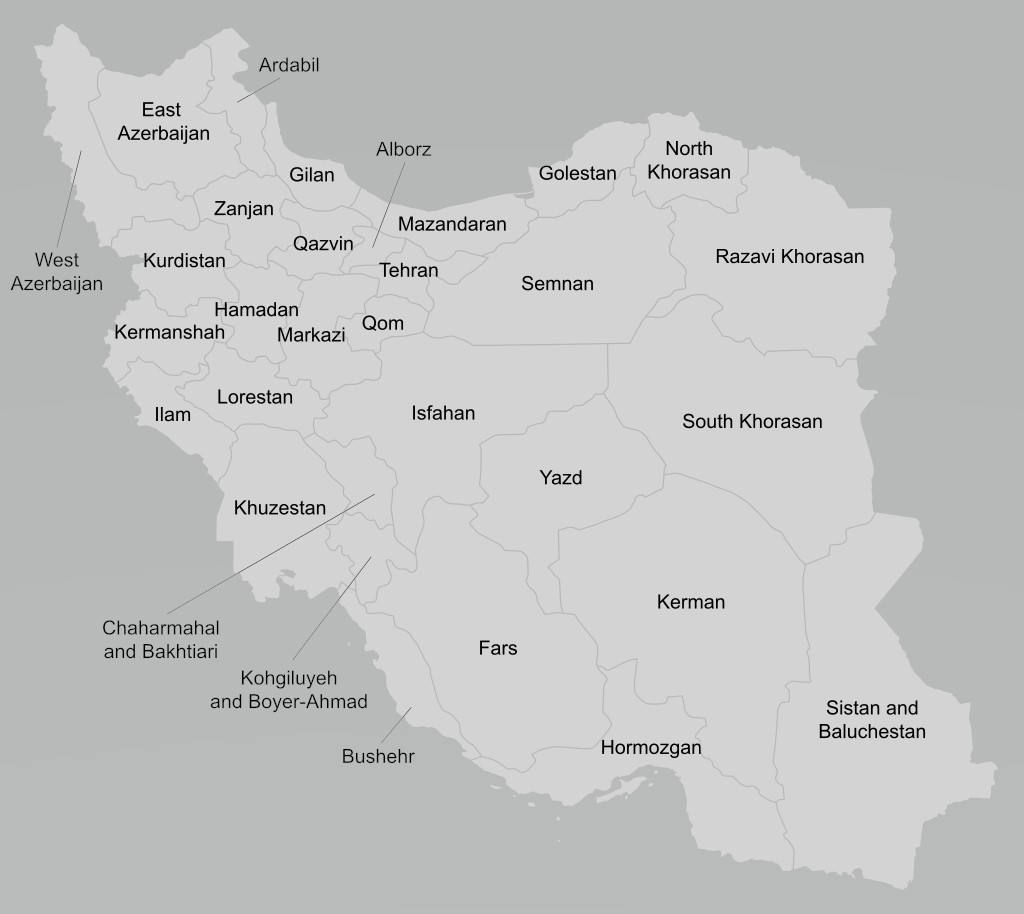 A further 8,853 Covid-19 infections have been reported in the Middle East and North Africa since yesterday's update.

Tunisia reported three new cases after a five-day period when there were none. 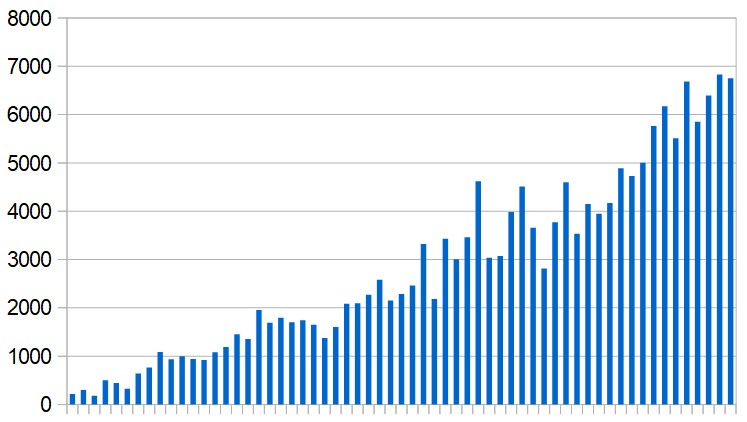 A further 105 coronavirus-related deaths were reported in the region yesterday – 48 of them in Iran.