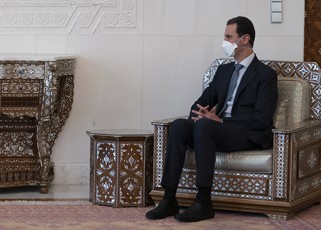 If official reports are to be believed it's now more than three weeks since any Syrian living under the Assad regime's rule has become infected with the Covid-19 coronavirus.

Although confirmed cases in regime-controlled areas have now risen to 106 the most recent 63 of them were all detected among Syrians returning from abroad according to government officials – 29 from Kuwait, eight from the UAE, five from Russia, five from Sudan and six from unspecified countries.

The Syrian government's news agency, SANA, rarely gives much detail and information from independent sources is even more scarce. Official reports suggest the regime has had remarkable success in controlling the virus, but it's difficult to be sure how much is real and how much is news management.

SANA's reports on coronavirus are mostly reassuring, highlighting the numbers of people who have recovered and the regime's efforts to protect citizens from infection. At the same time, though, SANA regularly complains that sanctions imposed on the regime are hampering efforts to combat the virus.

Among the Arab countries, Syria was a latecomer to the pandemic (see Syria section of the Covid-19 Diary). Its first case wasn't announced until March 22 – a man in his twenties who was said to have arrived from an unnamed country "where there are infections". Before that, according to SANA, at least 137 tests had been carried out on people suspected of having the disease but all were officially declared negative.

Inevitably, given the regime's lack of transparency, there were claims on social media and rumours inside Syria, that the regime was hiding something. Another reason for suspicion was Syria's close ties with Iran where Covid-19 was – and still is – rampant .

However, a couple of months later there are no obvious signs that the virus has taken root among the community in regime-controlled areas. Two factors in particular add credibility to this view.

One is that people arriving in the country are placed in quarantine centres for two weeks. Experience in other countries shows this is more reliable than home isolation in preventing further transmission.

The second factor is the preventive measures in regime-controlled areas. Evidence from other countries shows that the earlier they are introduced the more successful they are likely to be. Syria was not merely an early adopter – it began imposing restrictions even before any cases had been officially confirmed. At the time, that was interpreted as a sign that the regime already knew of cases which it was concealing, though it's possible the authorities were just being prudent.

Last week stories began circulating that the port of Tartous – where Russia has a naval facility – had been shut down because of the virus. According to the health minister a Russian had tested positive and workers were prevented from leaving the port while awaiting the results of tests (all of which proved negative).

Rather alarmingly, the minister said the type of test used on the Russian was only 70% accurate. A second test a day later reportedly came back negative.

Syria's official figures don't include north-western and north-eastern parts of the country which are outside the regime's control. Fears have been raised about these areas where millions of displaced people are living and where health services are often rudimentary.

According to a UN/WHO report last week, by 15 May six cases had been diagnosed in north-east Syria – four of whom had recovered and one of whom had died. In the north-west, 664 tests using the polymerase chain reaction method had been carried out May 17 and all were negative.

A further 8,549 Covid-19 infections have been reported in the Middle East and North Africa since yesterday's update.

This is a drop of more than 3,000 on the previous day's tally and appears to be due to delayed reporting because of Eid al-Fitr which is a public holiday in Muslim countries. 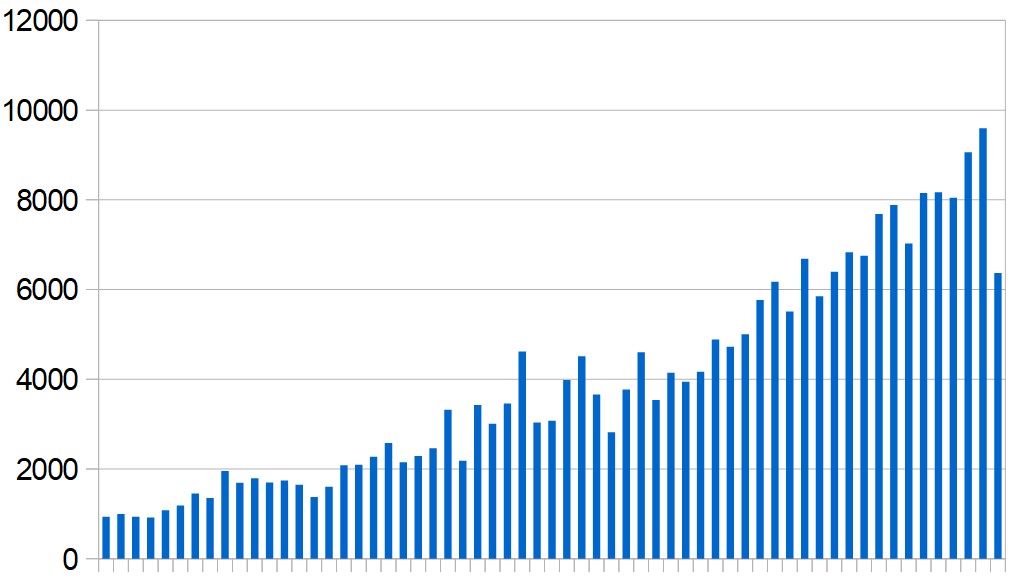 A further 161 coronavirus-related deaths were reported in the region yesterday – 58 of them in Iran and 29 in Egypt.